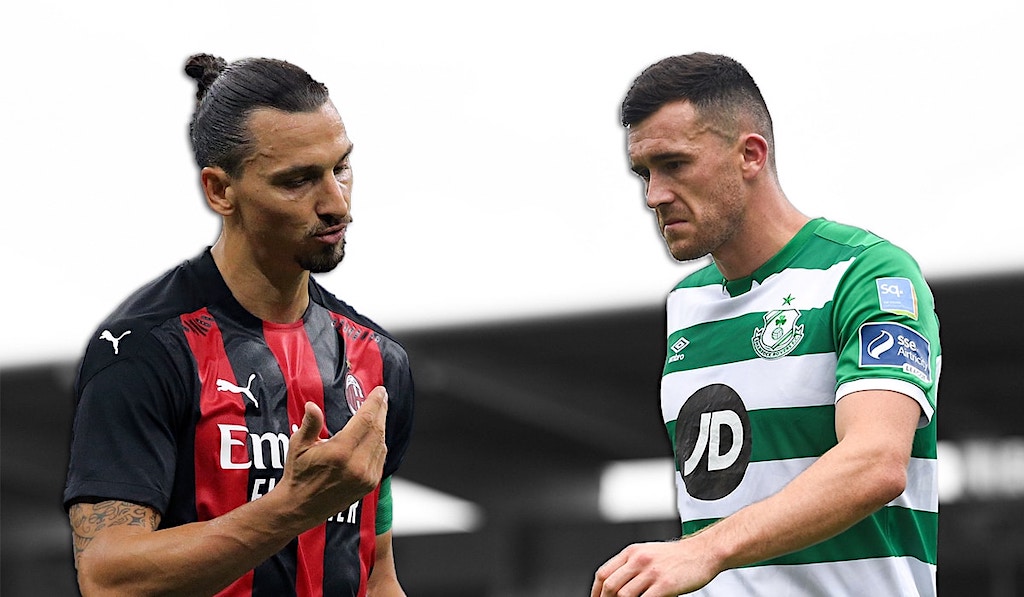 AC Milan will officially get their 2020-21 season underway on Thursday night when they face Shamrock Rovers in the second qualifying round of the Europa League.

There will be no room for mistakes from the Rossoneri if they want to reach the group stages, as the game in Dublin is a one-off knockout game, with a third qualifying round and a Play-Off to follow.

Rossoneri head coach Stefano Pioli has an unwelcome selection dilemma as he will juggle a number of injuries plus a suspension, and to predict a stroll in the Irish capital may be dangerous.

Milan will go into the game in high spirits having won nine of their last 12 Serie A games to end the 2019-20 season and having won four out of four preseason friendlies in the shorter preseason.

Pioli’s side despatched of Novara, Monza, Vicenza and Brescia in their warm-up fixtures, but the Milan boss still has some selection headaches.

In addition, the club have welcomed summer signings Sandro Tonali and Brahim Diaz to reinforce the defensive midfield and creative departments respectively, while Ciprian Tatrusanu has arrived from Lyon to be Gianluigi Donnarumma’s deputy.

Zlatan Ibrahimovic missed the last two friendlies against Vicenza and Brescia, but he is expected to feature having resumed training with the group.

Aside from that Milan will be missing forwards Ante Rebic (suspended) and Rafael Leao (injured) plus defenders Alessio Romagnoli, Mateo Musacchio and Andrea Conti.

It has been a perfect start to the season for Shamrock Rovers, who will go into the Europa League clash having opened up an eight-point lead at the top of the League of Ireland by beating Cork City 3-0 in their last game.

They have won nine of their first 11 games to begin the campaign and defensively they have been outstanding, conceding just six goals, while scoring 24.

According to RTE, Liam Scales will be out of Thursday’s game through suspension, but their manager Stephen Bradley confirmed that Joey O’Brien will return from injury and go back into the three-man defence.

Midfielder Greg Bolger will be out however, as he will be sidelined until the end of their domestic campaign in October.

Their outstanding domestic form has allowed Bradley to dream about the impossible going into a one-off encounter with the Rossoneri.

“It’s an incredibly difficult game but at the end of the day, it’s 11 v 11 on the pitch. We’re a good side that can hurt teams, and stranger things have happened,” he said.

These two sides have never met before in any competition, but Milan have faced off against Irish opponents before.

It was actually a significant occasion too as Milan faced Athlone Town in the second round of the UEFA Cup. In the first leg, the Diavolo were held to a 0-0 draw at Mel’s Park in Athlone, but Gianni Rivera came back after six months out and the home side won the second leg 3-0 at San Siro.

It was also Giovanni Trapattoni’s first European match in charge of AC Milan at San Siro, with Nereo Rocco supporting him as Technical Director.

Meanwhile, Shamrock Rovers have faced off against Italian opposition before in Milan’s rivals Juventus, and it was only 10 years ago in the third qualifying round of the Europa League.

Ultimately they were beaten 3-0 on aggregate as Amauri scored a brace at Tallaght Stadium before Alessandro Del Piero sealed the tie back in Turin.

The two star men for Shamrock are undoubtedly Jack Byrne and Graham Burke. Both are Irish internationals, with the former described as a free-roaming playmaker and can cause any team trouble from a set piece & diagonal balls across the field.

Meanwhile, Burke is a more advanced playmaker and finisher with a strong left foot. The pair have combined for nine of the Hoops’ 24 league goals this season, while striker Aaron Green has four as well.

For Milan, the feeling is that if the Rossoneri dominate the game from the start and get an early goal, it could be a game which Zlatan Ibrahimovic uses to get properly up to speed and knowing his competitive nature, he wouldn’t stop after one or two goals.

It will also be interesting to see how Brahim Diaz gets on if he starts, as a good performance could see him knocking on the door ahead of Monday’s Serie A opener against Bologna. At the back, eyes will be on the young Matteo Gabbia as he looks to build on a positive end to last season with Romagnoli’s absence continued.

To expect an absolute walkover would be both very bold and perhaps a tad dangerous despite the obvious gulf in quality between the sides. Shamrock are absolutely flying in the league and have 11 more competitive games under their belt this season ultimately so will be more up to speed.

That being said, if Milan are serious about challenging on multiple fronts this season then they cannot let a game like this trouble them.

Kalulu insists he is not worried about Milan’s top four battle as he discusses his best position
14 April 2021, 14:24

Kalulu assures he ‘can only get better’ and names Pioli’s main trait in reflection on first season at Milan
14 April 2021, 13:41
Serie A Standings