Coming off a convincing 3-0 win in the first round of Serie A, AC Milan will take on KF Shkendija in the second leg of the Europa League Playoff round.

As many of you already know, Milan won the first leg at home by 6-0. With that said, Milan have more or less confirmed their spot in the group stage already as it’s hard to believe that Shkendija could score seven past Vincenzo Montella’s side.

In fact, during the post-match press conference last Thursday, Montella revealed that he didn’t expect it to go so well while admitting that there are obviously differences in quality.

We can expect to see a lot of changes in the lineup tomorrow, compared to how the Rossoneri lined up against Crotone. To name a few exciting changes, Jose Mauri is expected to start in a five-man midfield, while Alessio Romagnoli most likely will return to the lineup. He will partner up with Zapata and Bonucci, according to reports.

Up front, we can hope for a Cutrone-Andre Silva duo, as Montella most likely will use the 3-5-2 formation.

M’Baye Niang has been left out of the squad after handing in a medical certificate, stating that he can’t participate in training for ten days due to psychological stress. Gigio Donnarumma, Musacchio, Conti and Calhanoglu will stay in Milan to rest, while the likes of Montolivo, Biglia, Bonaventura are recovering from injuries.

AC Milan, as said, are coming off a convincing 3-0 victory against Crotone, in which all of the goals were scored in the first 23 minutes of the game. Montella’s men managed to kill the game quickly and then slowed down the tempo, after having scored three goals. Understandably so, if you look at their schedule. 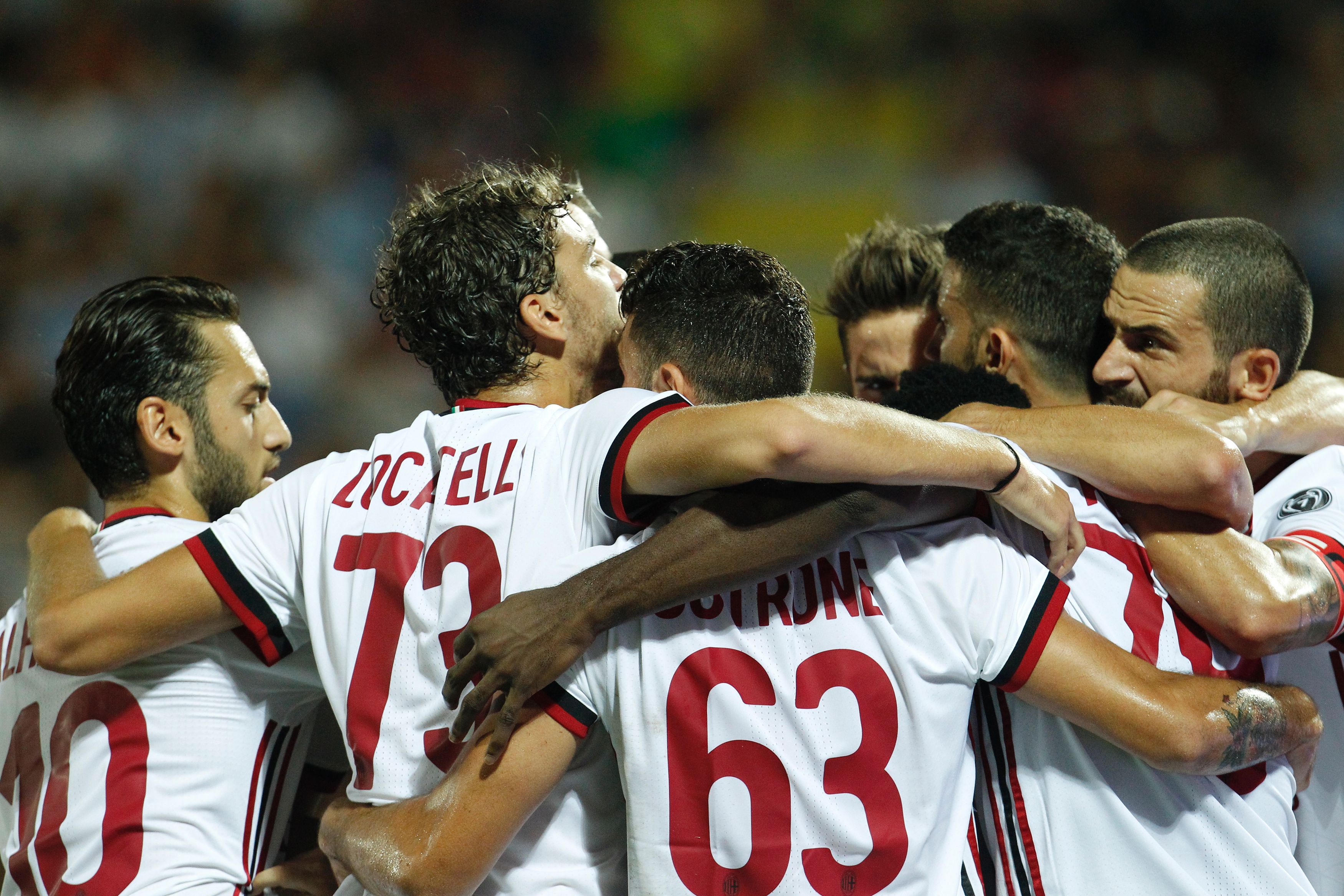 Shkendija, on the other hand, are unbeaten in the Macedonian league after two rounds. Their last game since the clash at San Siro also ended 3-0 in their favour, just like Milan’s most recent game.

However, tomorrow’s encounter will not be easy Shkendija as it’s up to them to bring some life into this two-legged affair, with Milan being up 6-0 on aggregate after goals from Silva, Montolivo, Antonelli and Borini.

It will be interesting to see Milan start with a 3-5-2 formation, as they’ve so far only tried it a couple of times with 4-3-3 being the primary option.