On Thursday, European football will return to the San Siro for the Rossoneri for the first time since February 19, 2014, when Milan lost against Atletico Madrid in the first leg of the Champions League Round of 16. Kick off is scheduled for 20:45 CET.

After grabbing a narrow win in Romania last week thanks to a goal from newcomer Ricardo Rodriguez, Milan will look to confirm qualification at home in front of a crowded San Siro. According to official numbers, more than 60,000 tickets have already been sold for the match and the club’s goal is to reach 70,000.

In the first leg it was clear that Vincenzo Montella’s men are still somewhat behind in terms of preparation, which is why Craiova went close to equalizing after the hour mark. However, Montella himself promised that the team will be in much better shape for the match-up at the San Siro.

Vincenzo Montella has reportedly been testing a 3-5-2 formation in training, but he is set to field a 4-3-3 as he did last week in Severin. However, a couple of changes are expected compared to the lineup from the first leg. 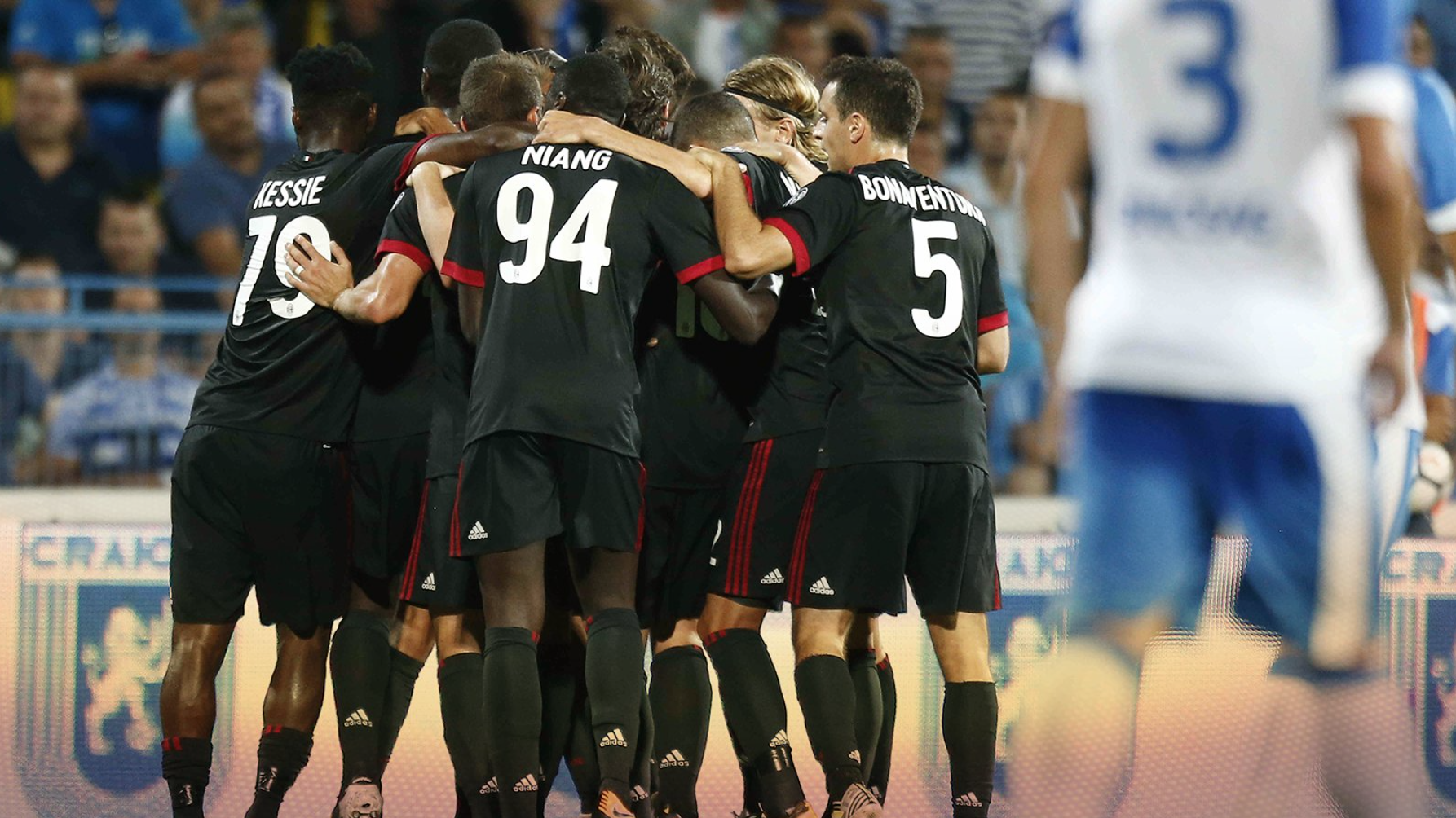 It is expected that most of the lineup will stay unchanged. Gianluigi Donnarumma will start in goal, while the defense should be the same, except for the right-back role, where newcomer Andrea Conti could replace Ignazio Abate.

Franck Kessie will once again be the pillar of Milan’s midfield, but Manuel Locatelli is expected to play instead of captain Ricardo Montolivo. Giacomo Bonaventura should accompany the two youngsters. In the attack, Andre Silva will likely get his debut as a starter, though there are still some doubts about his condition. Suso is set to start on the right wing after returning from an injury. The left winger will be chosen between Fabio Borini and M’baye Niang, but the French is more likely to begin.

Meanwhile, Leonardo Bonucci and Lucas Biglia are still unavailable, as they will be added to the Europa League list for the next round in case of qualification. Hakan Calhanoglu, on the other hand, is expected to be called up for the match, but will be among the substitutes. Outgoing players like Bacca, Sosa, Paletta will likely not be called up or will watch the match either from the stands or the bench.

Craiova are enjoying their premiere in Europe and are looking to shock Milan in front of more than 60,000 people. It is difficult to predict how Devis Mangia’s team will line-up on Thursday, as the Italian manager made a couple of changes in his side’s match against FCSB on Sunday in the Romanian Liga I. However, many changes from last week’s lineup are not expected.

Craiova is coming off yet another 1-1 draw in the Romanian Liga I, as mentioned, against FCSB. Milan’s opponents have so far collected five points in the first three games of the league. Meanwhile, Milan have yet to started off their league campaign and have not played a competitive match since last week’s first league.