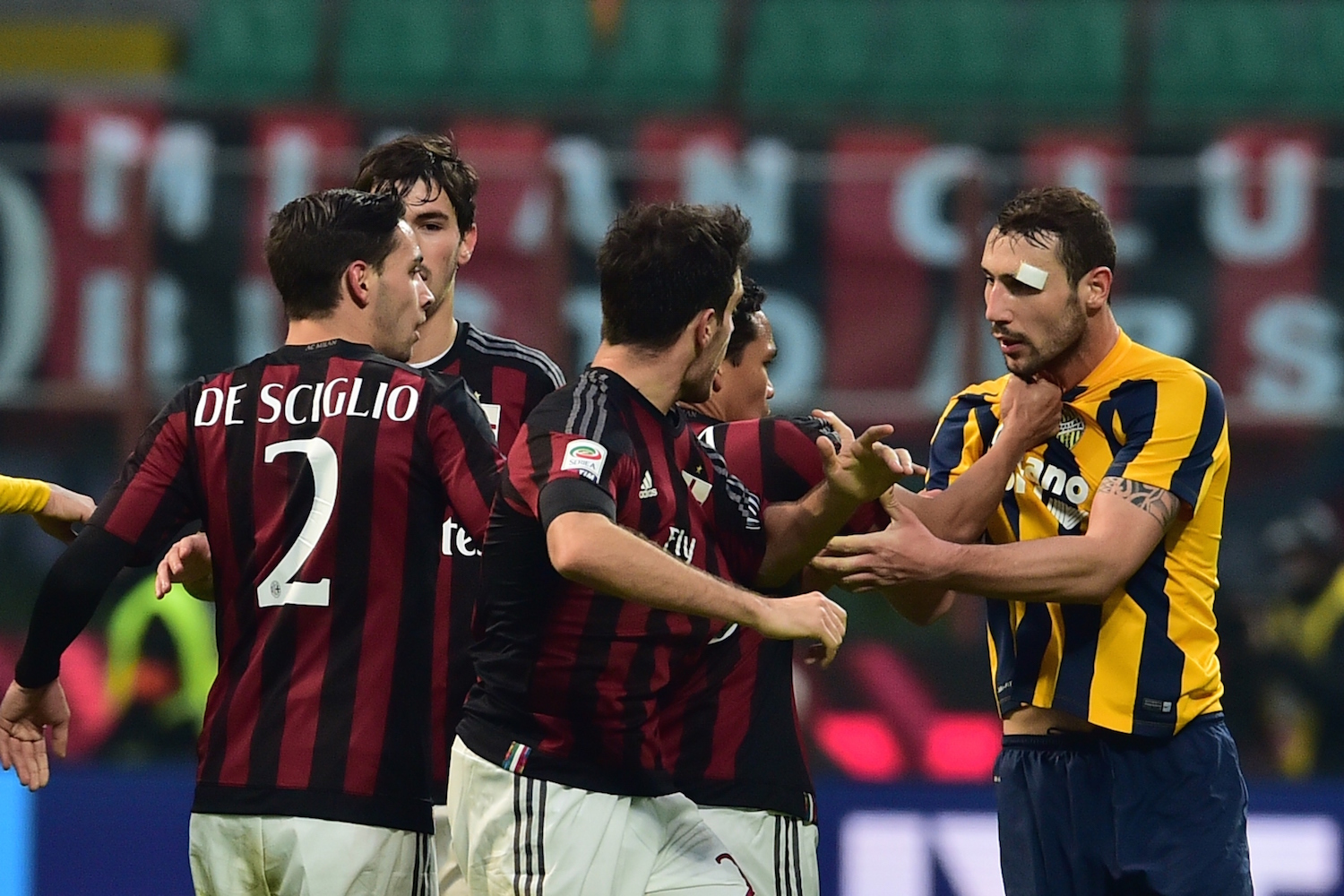 After Milan’s dissapointing 0-0 draw against Carpi under the management of new head coach Brocchi, last placed Hellas Verona are now up next for the Rossoneri.

The small glimmer of hope for the Rossoneri after the win against Sampdoria quickly turned to disaster as Milan only managed to get away with a draw against relegation threatened Carpi, for the second time this season.

It’s safe to say Milan have struggled against the smaller teams and tomorrow they will travel to Verona to face former Milan player Giampaolo Pazzini’s team, Hellas Verona, who currently sit last in the Serie A. 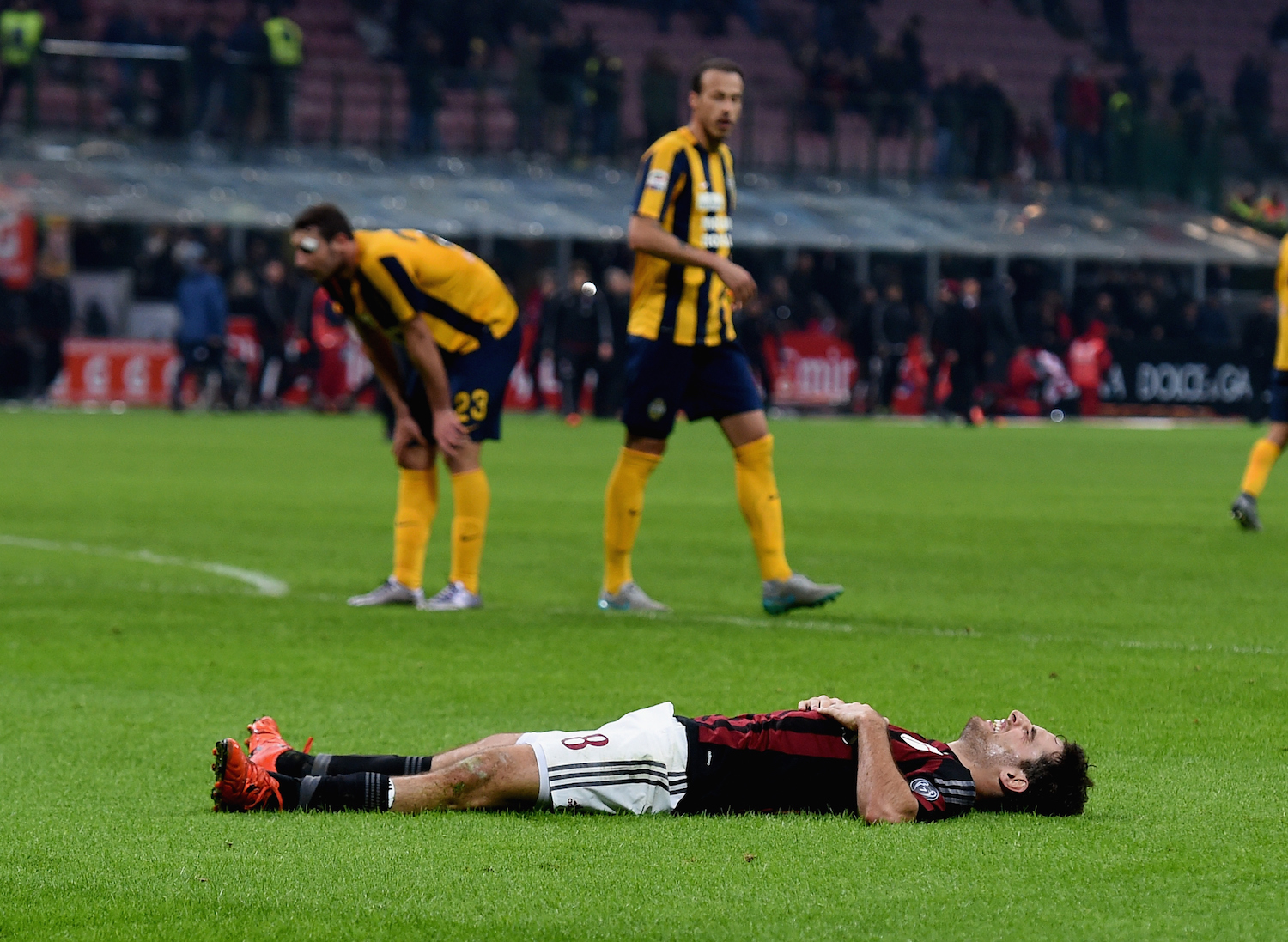 Assist-king Giacomo Bonaventura, as well as Bertolacci, will be out for the game due to injury, which is a huge blow for Milan who during most parts of the season have been relying on ‘Jack’ Bonaventura to get them both goals and assists.

In fact, Milan have not won a single game when Bonaventura has been absent from the squad (2D, 2L).

Andrea Mandorlini’s Hellas Verona will be looking to grab a vital win tomorrow to try and catch up with the teams above for a new Serie A contract, as they currently sit 10 points from safety.

The Gialloblu have been awful this campaign, amassing just three wins and losing 18 of their 34 matches so far. In addition, they have the worst goalscoring record, with just 28 scored. 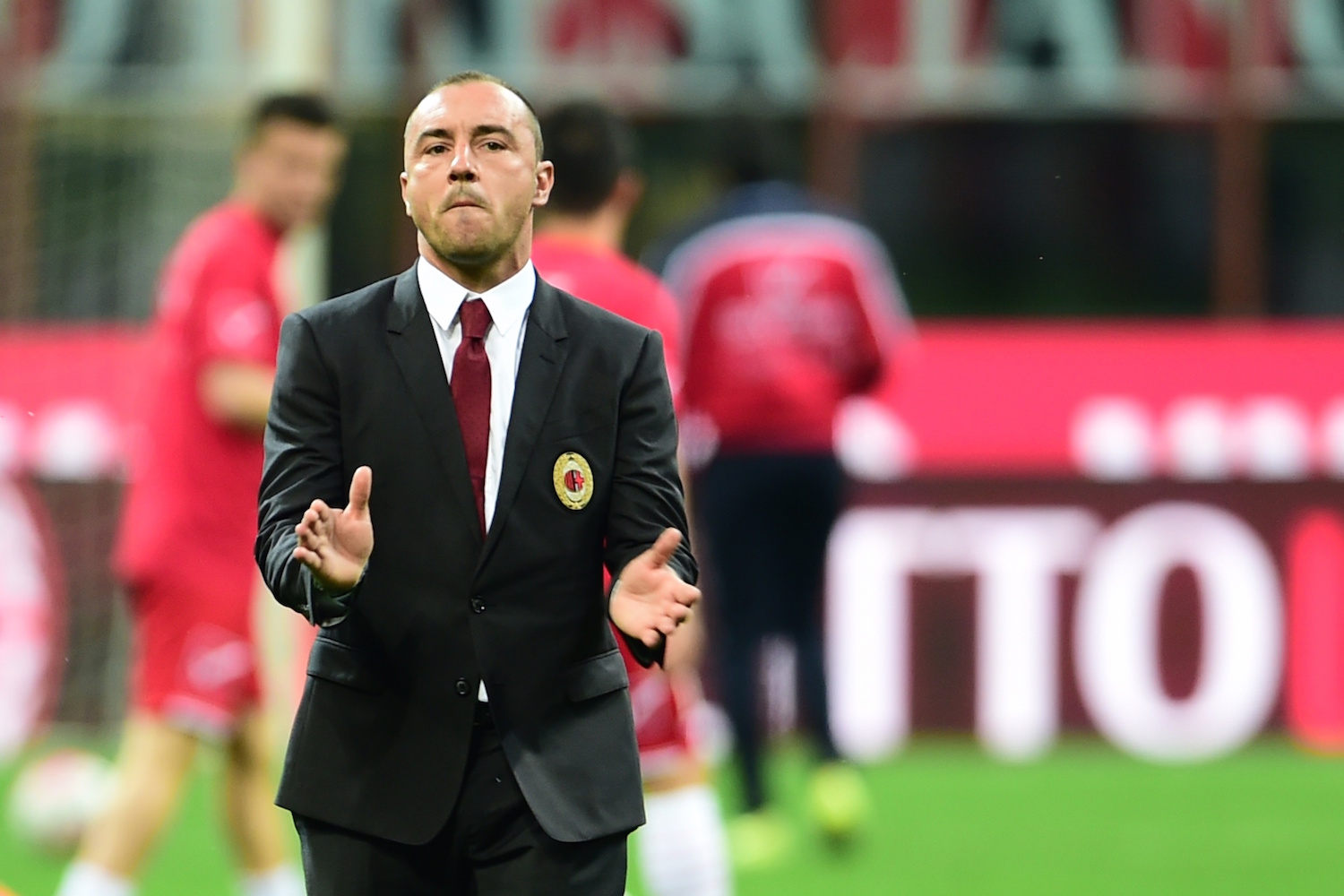 Last time out, Hellas played a good game against Empoli and they were unfortunate to lose 0-1 as midfielder Federico Viviani got a red card in the 88th minute. With the team lacking quality in every position, it’s likely that the best they could get away with is one point.

Milan have lost just one of their last 11 competitive matches against Hellas, that defeat coming at the MarcAntonio Bentegodi in 2013/14 when a Luca Toni brace cancelled out an Andrea Poli opener.

When the sides met earlier this season, honours were even in a tightly contested affair. The veteran and joint Capocanoniere winner Toni again chipped in with a goal, this time from the penalty spot to rule out Carlos Bacca’s opener five minutes previously.