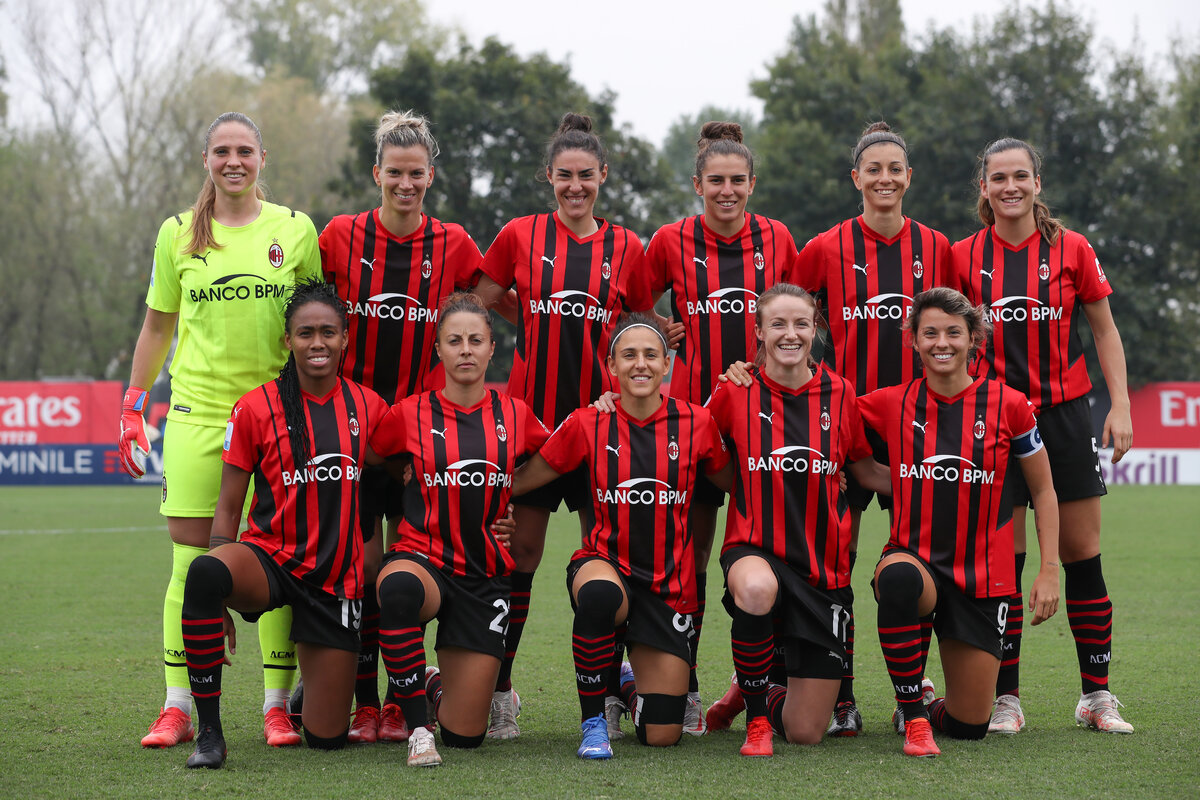 AC Milan Women will play S.S.D Napoli this Sunday in the fifth round of Serie A Femminile. The match will take place at 12:30 CEST, meaning it’s an early kick-off this time out.

The first time Milan met Napoli was in November of last year, and the result was a narrow 2-1 victory for the Rossonere. The affair was a rather odd one, as Francesca Vitale was sent off in the 84th minute for what was deemed a denial of a goal-scoring opportunity. In reality, Napoli’s Eleonora Goldoni clumsily bounded over in front of the Milan goal. Goldoni would also go on to score the penalty and thus sully Milan’s clean sheet.

Milan would get their revenge later on in that season, as they trounced Napoli by a score of 4-0. The story for this current campaign is that Napoli have lost their first two matches, won one (against Fiorentina), and tied one (against Hellas Verona).

Milan have won all of their matches except for their last one against Sassuolo. The match against the Neroverde provided teams with a template on how to beat Milan. However, to the Rossonere’s benefit, the Partenope might not be as tactically astute as Sassuolo are.

A Word of Advice

The Rossonere might also benefit from benching some of their veteran players and allowing their younger talent to play in their place. Both Laura Agard and Laura Fusetti didn’t fare well against Sassuolo. The duo had a few mental lapses and were directly responsible for conceding the Neroverde’s two goals.

Similarly, it might benefit Milan to bench Linda Tucceri Cimini and have Sara Thrige play in her place. Let the new players play more, as they have proven themselves to be vital every time they’ve played.

However, Ganz has shown that he’s stubborn and slow to implement any needed changes. He often makes the necessary adjustments when it’s too little too late and after the damage has been done.

It’s hard to predict a final scoreline, but Milan should emerge as the victors of the match. They’ll need to win this match, not only to erase the stain of last week’s defeat out of their mouths but to keep apace in the race for Europe.

READ MORE: Atalanta will be without key duo for Milan clash and it could get worse