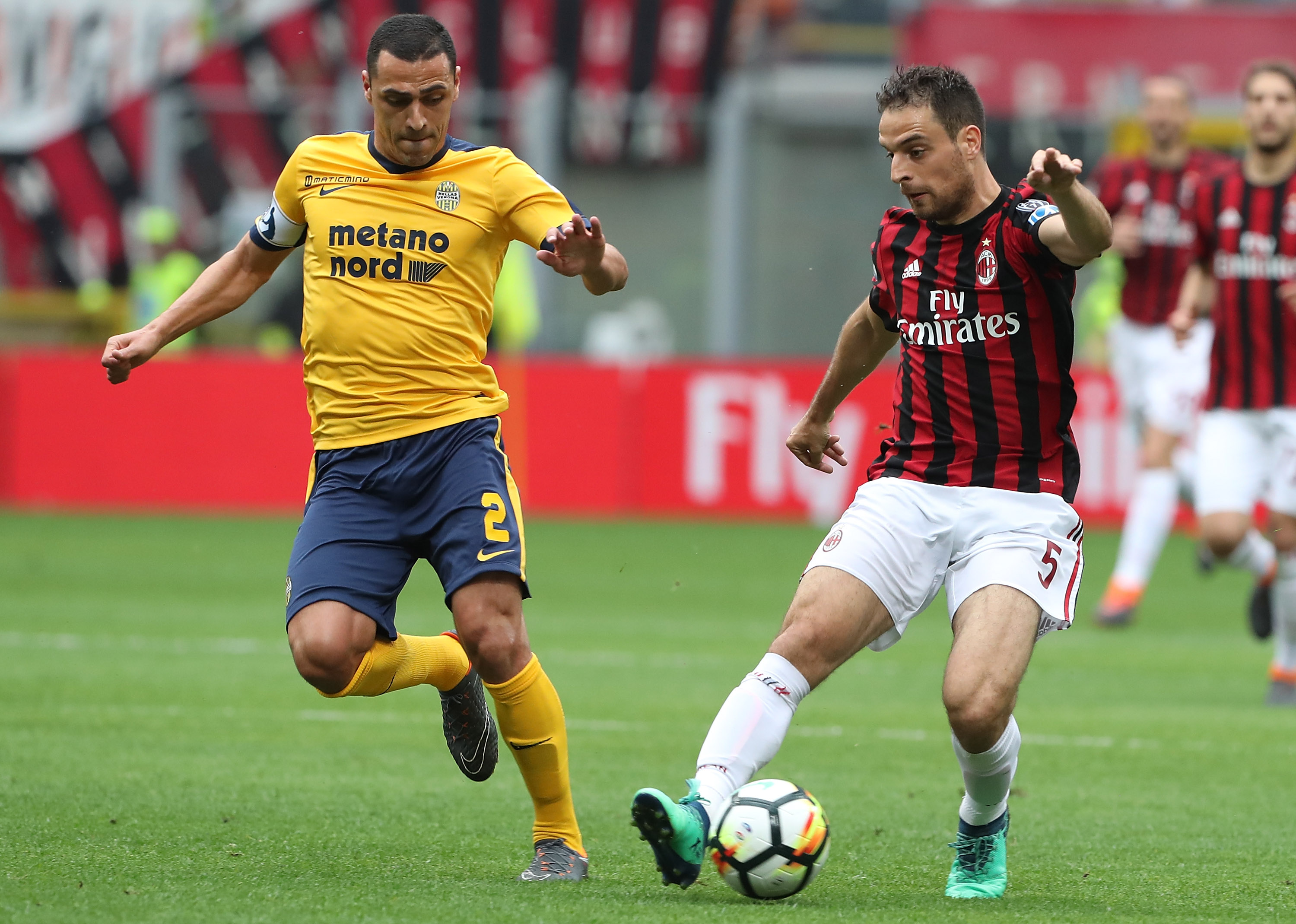 Preview: Serie A Round 22 – AC Milan vs. Hellas Verona

AC Milan will be looking to win their fourth Serie A game in a row when they host a resurgent Hellas Verona side at San Siro on Sunday.

Stefano Pioli’s side have actually won their last five games in all competitions when factoring in the successes against SPAL and Torino in the Coppa Italia.

With the top six now firmly in reach, the Rossoneri are aiming to build on their momentum which has coincided with the return of Zlatan Ibrahimovic, but Ivan Juric’s side will not be easy opponents.

Having welcomed Hakan Calhanoglu back into the fold during Tuesday’s dramatic extra-time win over Torino in the cup, Stefano Pioli has several injury problems to contend with.

Three players have bid farewell since the game against the Granata: Suso has joined Sevilla, Krzysztof Piatek has moved to Hertha Berlin and Ricardo Rodriguez sealed a switch to PSV Eindhoven.

Leo Duarte continues his recovery from an achilles tendon problem, while Lucas Biglia will sit out again through muscle injuries. New arrival Alexis Saelemaekers is unlikely to make the cut this early.

In terms of selections, most media outlets are suggesting that Calhanoglu be back in the line-up but likely start in the middle of the midfield, seeing as Rade Krunic is struggling with physical issues. Meanwhile, Ismael Bennacer is suspended for the matchup. Bonaventura is ready to take Calhanoglu’s usual position on the left side of the four-man midfield.

Elsewhere, Gianluigi Donnarumma will be in goal and the back four is expected to be the same as against Torino, except for Simon Kjaer who is likely to miss the match as he has the flu.

Samu Castillejo will keep his spot on the right, while Rafael Leao will start up front, probably alongside Ante Rebic, who will replace Zlatan Ibrahimovic, who has been struggling with the flu and some physical issues this week.

Hellas Verona have enjoyed their return to Serie A thus far having achieved promotion via the play-offs last season after finishing fifth in Serie B.

They currently sit just one place and two points behind Milan in the league standings with a game in hand, having won three of their last five games. 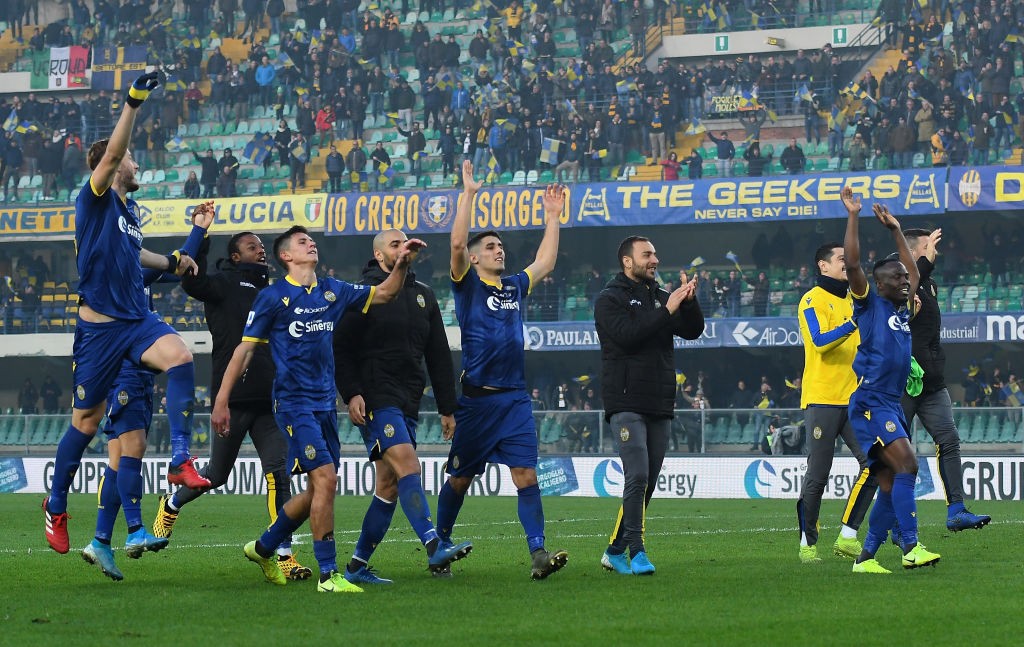 The Mastini are expected to be without forward Eddie Salcedo who continues his recovery from knee surgery, while defensive midfielder Andrea Danzi has missed the last two games with an ankle injury is questionable.

Sofyan Amrabat also looks set to complete a €20m move to Fiorentina prior to Friday’s 8pm deadline after an impressive start to the season.

Over the last 10 meetings Milan have the slight edge over Verona, who have been a notoriously tricky opponent over the years. The Diavolo have prevailed in half (five) of those fixtures, losing three and drawing too.

The two sides have of course already met this season, that coming all the way back in Round 3 as Krzysztof Piatek’s penalty was enough to give Marco Giampaolo his second win in three Serie A games in charge of Milan. It would, of course, go downhill from there.

Prior to that, you have to go back to May 2018 for the last time the two sides met at San Siro, and Milan won that game 4-1 with four different scorers getting in on the act; namely Hakan Calhanoglu, Patrick Cutrone, Ignazio Abate and Fabio Borini.

We have witnessed the rebirth of Ante Rebic over the past few games, but now is the time to see the same from Calhanoglu. The Turkey international is a divisive figure among the Milan fanbase, but nobody can argue the impact he made in midweek against Torino.

Now, the onus is on Hakan to prove it was not a flash in the pan, and that he can be both decisive and consistent on the left of the midfield – perhaps also indirectly repaying Milan’s faith in him by not going out and signing another winger.

The threat from Hellas Verona has not really come from one player in particular. The Gialloblu have four players tied as top scorer with three goals each: Samuel Di Carmine and Valerio Verre plus ex-Milan duo Giampaolo Pazzini and Matteo Pessina.

Wing-back Darko Lazovic is the team’s assist leader with four, while there are three others each on three assists. You will struggle to find a team with more spread out offensive production than Ivan Juric’s side.

In addition to Pazzini and Pessina, there is of course Fabio Borini – who joined this month – and Salvatore Bochetti who join the ex-Rossoneri contingent.

This is an opponent that Milan have not exactly found easy to play against over the years, and Verona have adapted well upon their return to Serie A from the second tier.

For that reason we expect this to be a difficult encounter, but the ‘Ibra Effect’ could once again be key in getting over the line.