AC Milan are experiencing a positive start to the year, with just one loss in January against Juventus in the Supercup. Otherwise, the Rossoneri are not only unbeaten but have also not conceded a goal in 4 matches. Gennaro Gattuso’s team travelled to Rome for tomorrow’s important matchup against Roma to confirm this good form.

The two positive performances against Napoli have made Milan fans more enthusiastic once again and after a long time, Milan travels to Rome as favourites, with Roma currently going through a somewhat negative period.

Gattuso has almost all his most important players at his disposal and will have to deal only without Zapata, Reina and Strinic and the long-term absentees Lucas Biglia and Mattia Caldara, who are expected to be back in action in the second half of the month.

Gianluigi Donnarumma will start in goal, as one of the stars of this team. The centre-back duo will consist of captain Alessio Romagnoli and Mateo Musacchio, who have been showing great solidity in the past weeks, while the starting fullbacks will be Davide Calabria and Ricardo Rodriguez, who were rested in the midweek cup match against Napoli.

The midfield trio former in January will be confirmed once again at the Stadio Olimpico, with Franck Kessie being accompanied by summer arrival Tiemoue Bakayoko and winter reinforcement Lucas Paqueta in the middle of the field.

In the attack, Krzsystof Piatek is expected to get his first league start after scoring two fantastic goals in the Coppa Italia against Napoli. The Polish attacker will be relying on the support of Hakan Calhangolu and Suso on the wings, who will supposedly be fresh after being rested in the 2-0 win against the Partenopei.

Roma are currently going through a tough period and Eusebio Di Francesco’s job is clearly not the safest in Italy. The 49-year-old will also have to deal with numerous absentees, as Bryan Cristante and Steven Nzonzi are suspended, while Cengiz Under, Diego Perotti, Juan Jesus and Antonio Mirante are out of action due to various injuries. Thus, the team from the capital will have to rely on Daniele De Rossi, who only returned from a long-term injury a couple of days ago. 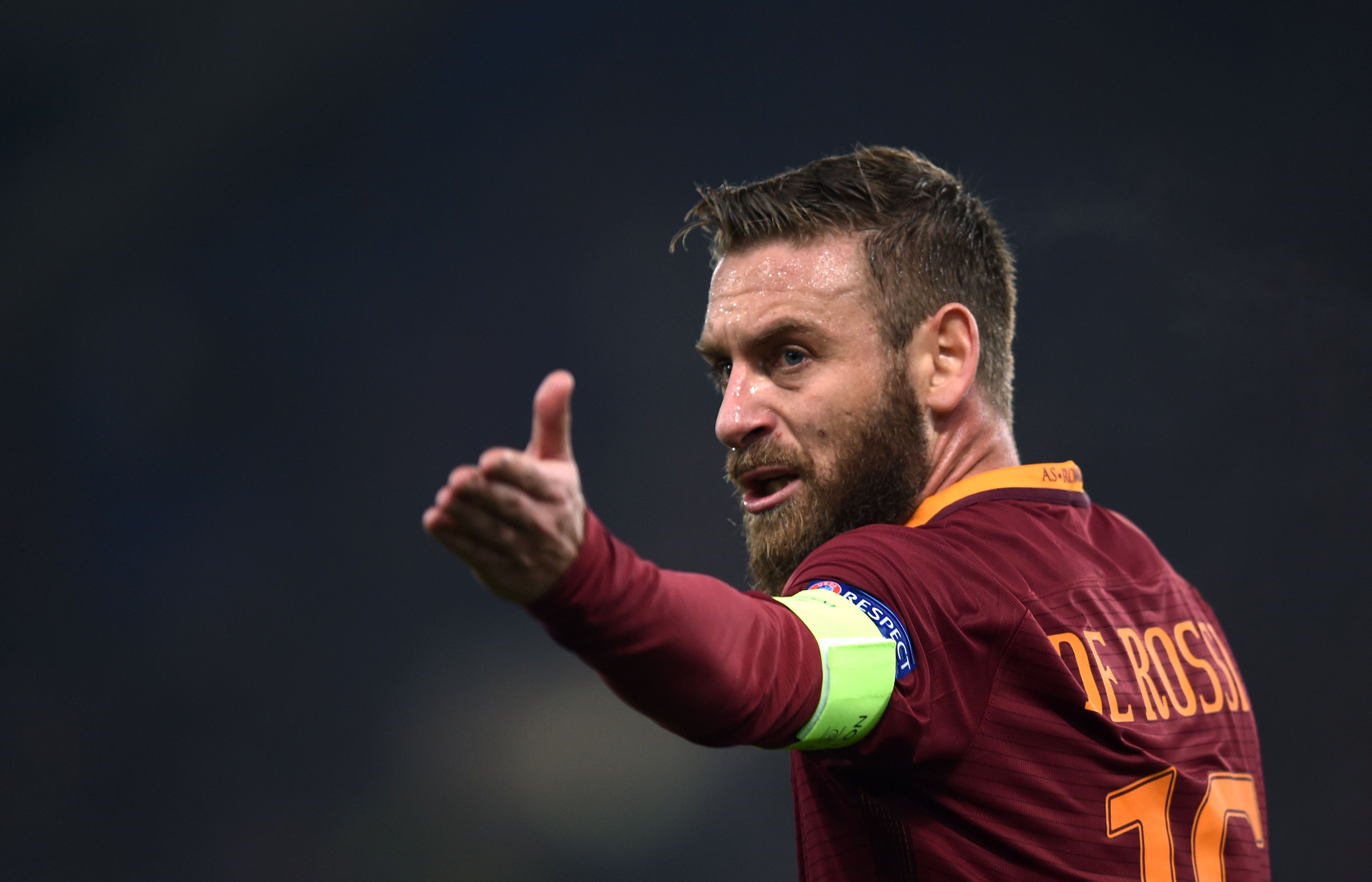 Milan’s last match was, as previously mentioned, in the Coppa Italia against Napoli. The Rossoneri prevailed with two goals from new arrival Krzsystof Piatek. A week ago, both teams faced off in Serie A as well, with the match ending in a goalless draw. Meanwhile, Roma’s last match ended in a humiliating fashion, as the Giallorossi lost 1-7 in the Coppa Italia quarter-finals against Fiorentina and lastly in the league, Di Francesco’s men lost a 3-0 lead against Atalanta and drew 3-3 away from home.

Milan will rely on two players tomorrow at the Stadio Olimpico. One of them is Tiemoue Bakayoko, who has been a pillar of Gattuso’s team in the past months and a consistent performer in the middle of the field. His duel with Daniele De Rossi will likely determine the outcome of the match, one way or another.

The second player is most definitely Krzsystof Piatek, who has started his Milan career in great fashion with a brace in his full debut for the club. The Pole has already scored two goals at the Olimpico this season for Genoa, against both Lazio and Roma and will look to add another tomorrow evening. 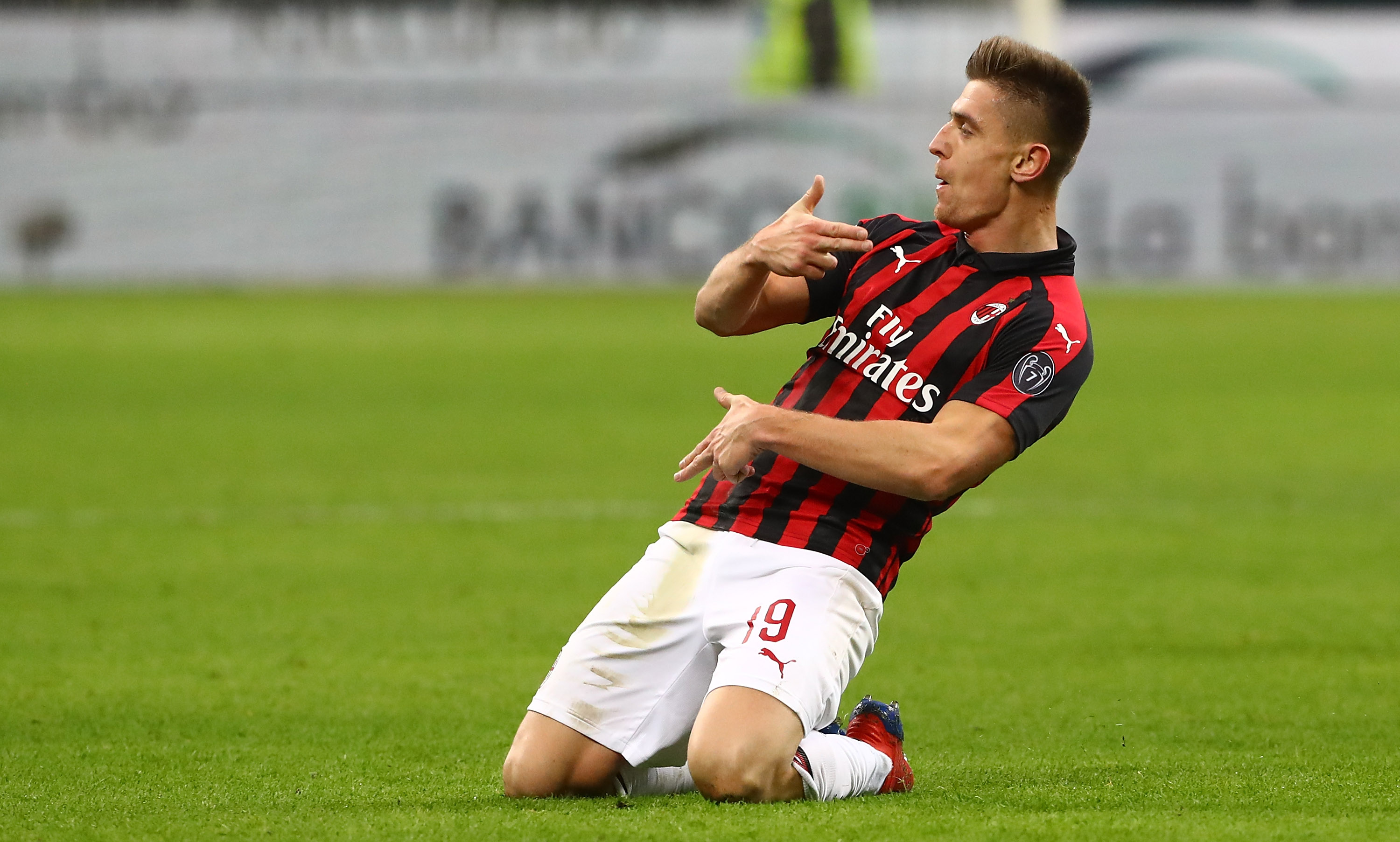 On Roma’s side, Edin Dzeko and Nicolo Zaniolo are the players to keep an eye on. The Bosnian striker has been struggling in the past weeks but last week he returned to the scoresheet with a brace against Atalanta. Meanwhile, the young midfielder who arrived from Inter last summer has been a pleasant surprise for everyone and has been one of the team’s key players in the past months, combining skill, elegance, quality and the desire to do well.

For years Milan have travelled to Rome as underdogs but this time it is different. Milan are in 4th position and currently in a good moment, while Roma will look to bounce back from an embarrassing 1-7 midweek loss. Di Francesco will also have to deal with several important absences, with his job being at risk as well. Nothing is certain but if there is a moment to beat Roma and confirm Champions League positions, it is definitely tomorrow.