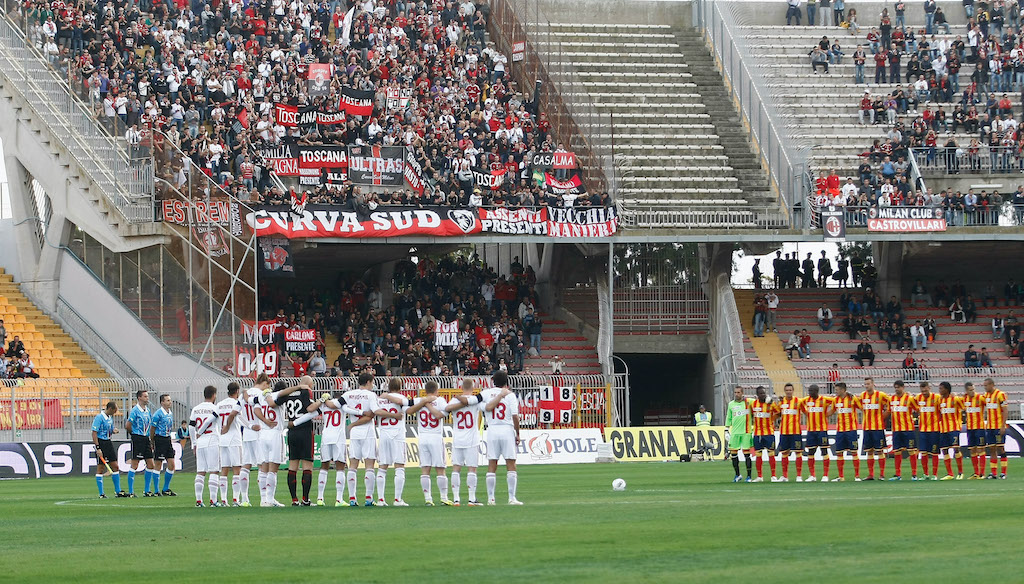 Serie A is finally back after a three month layoff, with AC Milan  looking to compound the misery of relegation-battling Lecce.

Last time we saw the Rossoneri they were beaten 2-1 at San Siro by another relegation candidate in Genoa, but plenty has happened since then including a brave yet ultimately disappointing loss on away goals in the Coppa Italia against Juventus.

Milan currently sit in 8th place in the standings, three points off of the final Europa League spot but very comfortably adrift of Champions league qualification.

The squad sees the absence of both Ibrahimovic and Musacchio through injury, with Theo Hernandez returning from suspension. Ante Rebic also features with his red card in the cup semi-final not applying to league play.

The team is expected to continue with the 4-2-3-1 they’ve adopted in the past few games with Gianluigi Donnarumma in goal behind a backline of Theo, Romagnoli, Kjaer and Conti, who will get the nod over Calabria at right-back.

Ahead of them is the patented pivot of Bennacer and Kessie with Bonaventura and Castillejo flanking Rebic up top and Hakan Calhanoglu slotting in behind the striker.

This will be Lecce’s first game since the March lockdown, and you could argue that stoppage came at the perfect time for them having lost their previous two games 4-0 and 7-2 respectively.

Lecce will be without normal right-back Giulio Donati who is serving a suspension following an outburst aimed at the referee in the defeat to Atalanta.

Diego Farias, Filippo Falco and Khouma Babacar are all set to miss out through injury, with Gabriel set to beat Mauro Vigorito and start between the posts.

Rispoli, Lucioni, Rossettini and Calderoni lineup ahead of Gabriel as the leakiest defense in the league, with a midfield five of Majer, Tachtsidis, Mancosu, Falco and Saponara behind Lapadula.

The last time these two sides met was back in Round 8 in October, which was Pioli’s first game in charge of Milan. The points ended up being shared in a 2-2 draw following a 92nd minute equaliser by Marco Calderoni for the newly promoted club.

Calhanoglu and Krzysztof Piatek, now no longer at the club, were the Rossoneri goal scorers last time out with Khouma Babacar opening the scoring for Lecce.

With Theo Hernandez returning from suspension, the electric left-back will no doubt be raring to showcase the offensive spark he so often provides and Milan desperately needs.

Rebic has also been in good goalscoring form since he cemented himself as a starter before the lockdown and will be looking to make amends for his red card against Juventus.

For Lecce, they’ll look to Lapadula to compensate for their defensive weaknesses with his tenacious pressing and goalscoring touch, the former Milan striker will no doubt want to sink his old club.

Milan rarely ever make this type of game easy for themselves but the quality should be too much for Lecce to handle especially coming off such a long layoff. The 90 minutes of match fitness under the Milan players’ belts will definitely play into the game.