A clash of Titans is expected at the San Siro this Sunday as AC Milan face Inter in a derby with high stakes.

The highly anticipated Derby Della Madonnina will see both Milan team face off for the prestigious third place in the league. Inter, who were 10 points ahead of their rivals just a few months ago, have fallen behind the Rossoneri due to their recent poor form.

Milan, on the other hand, have enjoyed a streak of five straight wins and have conceded only six goals since December. Gattuso’s men are thus heading towards the derby with more confidence than their opponents.

The recent results are also due to the consistency in the formation and the player choices as the team seems to have built genuine chemistry and Gattuso is set to stick with his usual line-up for this game as well. 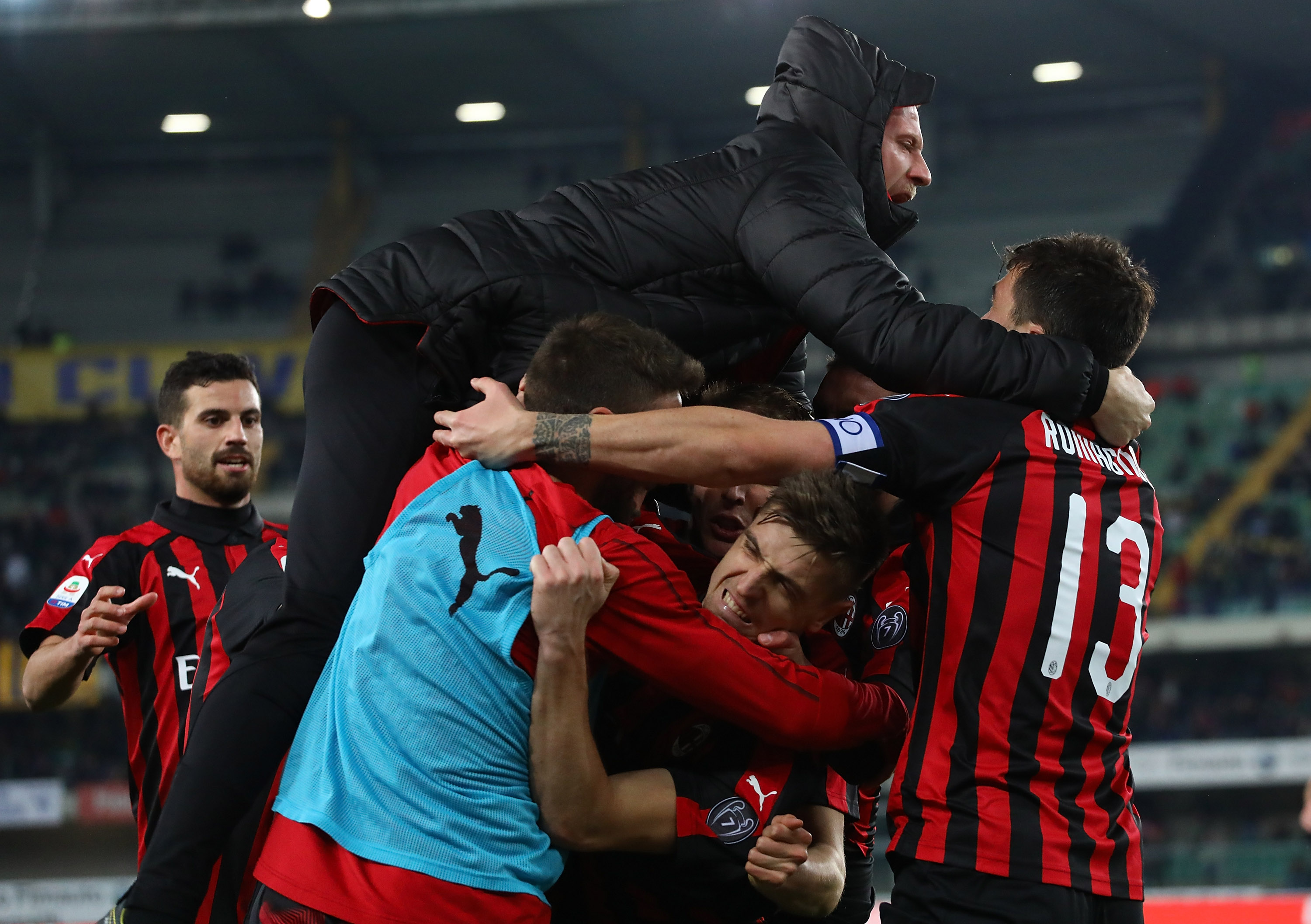 Bakayoko, Ricardo Rodriguez and Calabria are expected to be back in the starting line-up after being rested against Chievo last week. Hakan Calhanoglu will also return to his normal role to form the attacking trident alongside Piatek and Suso.

Inter sit in fourth place, only one point behind their city rivals. Although it appears that Luciano Spalletti’s man are having a hard time in the league, they have still managed to win three of their last five games, losing only one and drawing one. A decent performance could help them bounce back and reclaim third place.

Last time the two teams met, Inter were victorious thanks to Mauro Icardi and his late goal after a very timid game from both sides. However, the Argentinian striker won’t be available for this game, as Piatek will battle it out with Lautaro Martinez instead.

Krzysztof Piątek is obviously the player to watch this weekend. The Polish International has already scored 8 goals in 9 Rossoneri the rossoneri and has a total of 19 goals this season in the league.

The game against Sassuolo was the only time that Piatek was not on target for Milan and will look to continue his extremely positive spell by scoring in one of the biggest games of the season.

It is a very difficult game to predict as a derby can go either way, but given Milan’s recent form and how more confident and organised they are, a win for them is more than a possibility.