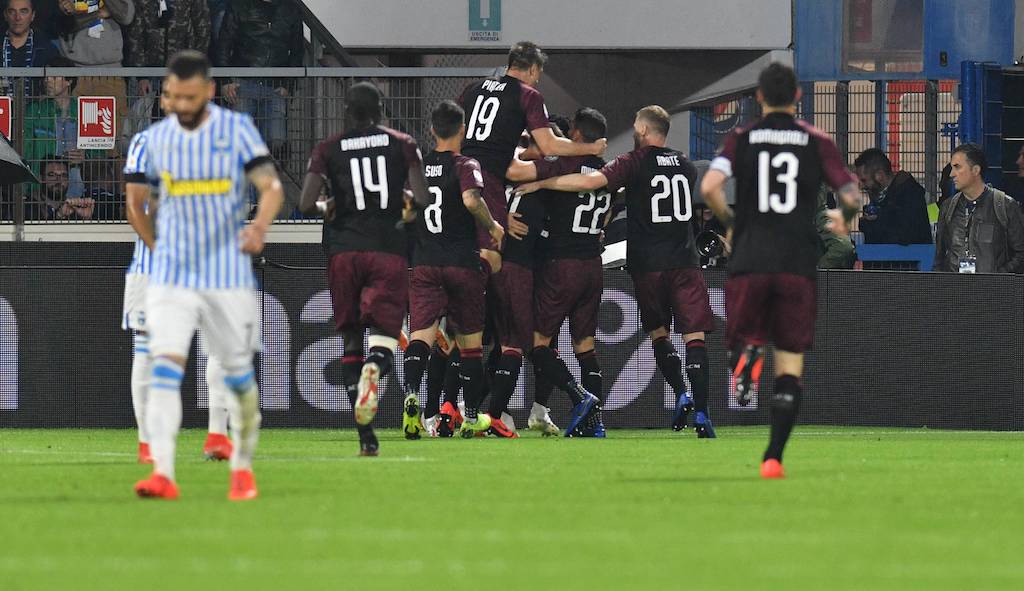 AC Milan make the trip east to face SPAL on Wednesday night looking to continue their red-hot form in Serie A since it returned.

The Rossoneri have played two and won two since league action returned; the first being a 4-1 drubbing of Lecce last Monday which was followed up by a pleasing 2-0 win over Roma at San Siro on Sunday.

However, as Stefano Pioli highlighted in his pre-match press conference, the hard work does not stop there as they team face another side battling relegation – albeit eight points adrift of safety.

It will be a familiar story for Stefano Pioli as he will not be able to call upon the injured duo of Mateo Musacchio and Leo Duarte after the Brazilian suffered yet another setback. However, the Milan boss did hint that Zlatan Ibrahimovic could be fit enough to take part in the game, though only from the bench.

The latest from Tuttosport (via MilanLive) suggests that Pioli is set to make three changes to his starting line-up for the game against SPAL from the XI that beat the Giallorossi.

It will be the 4-2-3-1 again, but Mattia Gabbia could start in place of Simon Kjaer next to Alessio Romagnoli to give the Dane a rest, with Andrea Conti on the right and Theo Hernandez on the left.

In the midfield it will be the energetic pairing of Frank Kessie and Ismael Bennacer again, while ahead of them Alexis Saelemakers is set to start over Samu Castillejo and Lucas Paquetá will come in in place of Giacomo Bonaventura.

Hakan Calhanoglu will keep his spot on the left of the trident, with the red-hot Ante Rebic up front again.

SPAL did so well on their return to the top flight last season achieving a very respectable 13th-placed finish and never looking like being relegated, but this season things have turned sour as they sit bottom with 18 points from 28 games.

A head coaching change took place just before the break due to the COVID-19 pandemic as Leonardo Semplici was relieved of his duties in place of Luigi Di Biagio, but the Biancazzurri have lost four of five under the new boss. They also have the joint second-worst goal difference in the league at -27.

The hosts will be without Etrit Berisha, Federico Di Francesco and centre back Ervin Zukanovic who are all injured, while veteran central defender Felipe will miss the game through suspension.

SPAL are expected to deploy a 4-4-2 with Karlo Letica between the posts and a defensive line of Thiago Cionek, Francesco Vicari, Kevin Bonifazi and Arkadiusz Reca.

In the midfield Marco D’Alessandro and Mattia Valoti will act on the wings, with Mirko Valdifiori and Bryan Dabo in the centre. In attack it will be the duo of Alberto Cerri and the former Rossoneri academy man Andrea Petagna.

The Rossoneri still have a fairly new history when it comes to fixtures against SPAL, having only played them six times in competitive fixtures (five league, one Coppa Italia) and winning all six.

In fact, they have outscored their Ferrara-based opponents 15-3 across those six games, meaning this might already be Milan’s most one-sided head-to-head record despite the small sample size.

The two sides met earlier in the season at San Siro and Milan ran out 1-0 winners last October as Suso’s stunning free-kick was enough to win all three points.

The teams also met in the Coppa Italia Round of 16, where goals from Kryzsztof Piatek, Samu Castillejo and Theo Hernandez helped the Diavolo secure an easy passage into the final eight.

There is one man who is quite simply in red-hot form for Milan at the moment, and that is Ante Rebic. The Croatian international netted again in the win over Roma to take his tally to eight goals in his last nine league games.

If Paqueta does indeed end up starting behind Rebic then watch for the Brazilian to try and make an impact and prove he deserves a starting spot on a more consistent basis, while the same can be said for Saelemaekers. Petagna v Gabbia could also be an interesting match-up, if the youngster plays over Kjaer.

SPAL have scored just 21 goals in 18 games this season, and the only player who has salvaged any kind of form is Petagna. The former Rossoneri striker has netted 54% (12) of his side’s goals this season and is 10 goals clear of his nearest rival.

SPAL very rarely get beaten heavily at home despite their shocking league form, which has seen them win just twice this calendar year.

Nonetheless, Milan simply have to keep the ball rolling by any means to continue their charge for a Europa League spot. Oh, and we reckon Rebic will score again.