Preview: Serie A Round 3 – Hellas Verona vs. AC Milan

AC Milan will be looking to make it back-to-back wins in Serie A when they travel east to face Hellas Verona on Sunday.

The Rossoneri will be hoping to pick up where they left off after the win against Brescia before the international break and make it two wins from three games for the season.

However, Hellas will not be easy opponents by any stretch as they currently sit about Milan in the table with four points from their opening two games.

With questions marks surrounding Marco Giampaolo’s starting XI and formation, it also promises to be yet another indicator of how the team will function moving forward.

In terms of injury news for the Rossoneri, the big issue regarding selection is whether left-back Theo Hernandez will be fit enough to play.

The Frenchman suffered an ankle injury in preseason which has kept him out of the opening two league fixtures, but he has returned to training and could be called upon.

However, a number of outlets are reporting that it is more likely Hernandez starts off the bench, meaning Ricardo Rodriguez – fresh off the back of scoring for Switzerland on international duty – looks set to get the nod.

Defender Mattia Caldara will obviously miss out as he continues to step up his recovery from the ligament injury he suffered in April, while Lucas Biglia has returned to training but is not expected to start.

New signing Ante Rebic has trained with his new team-mates since Thursday, though he is anticipated to start on the bench, meaning Samu Castillejo will likely start his third game.

The defence and midfield are seemingly set – a notable exclusion being Lucas Paqueta once again – meaning all the question marks are surrounding the formation that Giampaolo will use.

A report on MilanNews – who cite SportMediaset – states that the Rossoneri will play with a 4-3-2-1 as they did against Brescia.

However, Friday’s edition of La Gazzetta dello Sport (as reported on MilanChannel’s Twitter) suggests it will be more of a 4-3-3, with Suso and Castillejo as wingers.

Hellas Verona have adapted well so far upon their return to the top flight, drawing 1-1 with Bologna to start the season and following that up with a 1-0 win at Lecce.

They have undergone somewhat of a yo-yo spell in recent years, having been promoted to Serie A in 2016–17 but being relegated again a season later after finishing second-bottom in 2017–18.

Last season did not go entirely to plan either as they finished fifth in Serie B, but achieved promotion via the play-offs after beating Cittadella 3-0 in the second leg to complete a comeback 3-2 aggregate win.

Hellas – managed by former Genoa boss Ivan Juric – made a whopping 13 signings in the summer, with the highlights being centre-back Pawel Dawidowicz from Benfica, striker Samuel Di Carmine from Perugia and winger Antonio Di Gaudio from Parma. 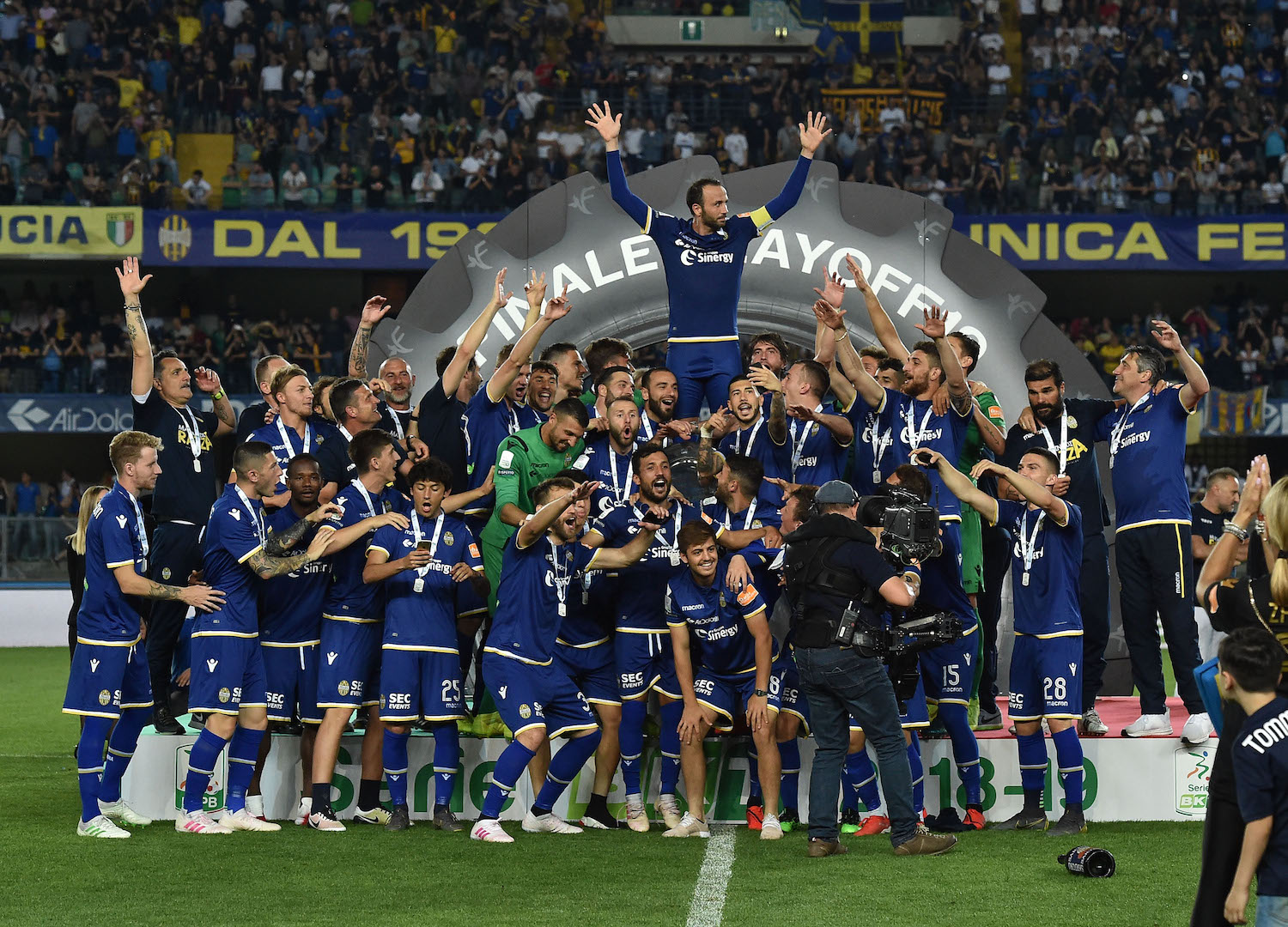 As per transfermarkt, they also paid €1m each for Juventus defender Luca Marrone and Sassuolo forward Antonino Ragusa in what was a summer of reinforcements for the Gialloblu.

Mariusz Stepinski should make his debut after joining from cross-town rivals Chievo, while they also have ex-Milan player Giampaolo Pazzini as an option.

Another summer signing in Udinese loanee Emmanuel Badu is yet to make his debut for the club and will miss out again through injury, while left-back Alessandro Crescenzi and midfielder Daniel Bessa are also out injured.

Milan have faced Hellas Verona 58 times in their history, winning 26 games to their opponent’s 10, with 22 draws.

However, the Diavolo do not tend to fare well at the Stadio Marcantonio Bentegodi and have in fact lost both of their most recent away games against Hellas 3-0 and 2-1 respectively.

In fact, Milan have won just nine of their last 32 games against Hellas Verona at the Bentegodi, losing 11 and drawing 12.

Krzysztof Piatek has scored just once in his last nine league outings and is yet to get off the mark so far this season.

He is suffering from a lack of confidence and was even dropped to the bench for the Poland national team during the recent international break, so a goal on Sunday would be a huge boost for Milan’s No.9.

For Hellas Verona their threat is pretty well spread, as they had seven players score three or more goals in Serie B last season, with 17 different scorers in total. 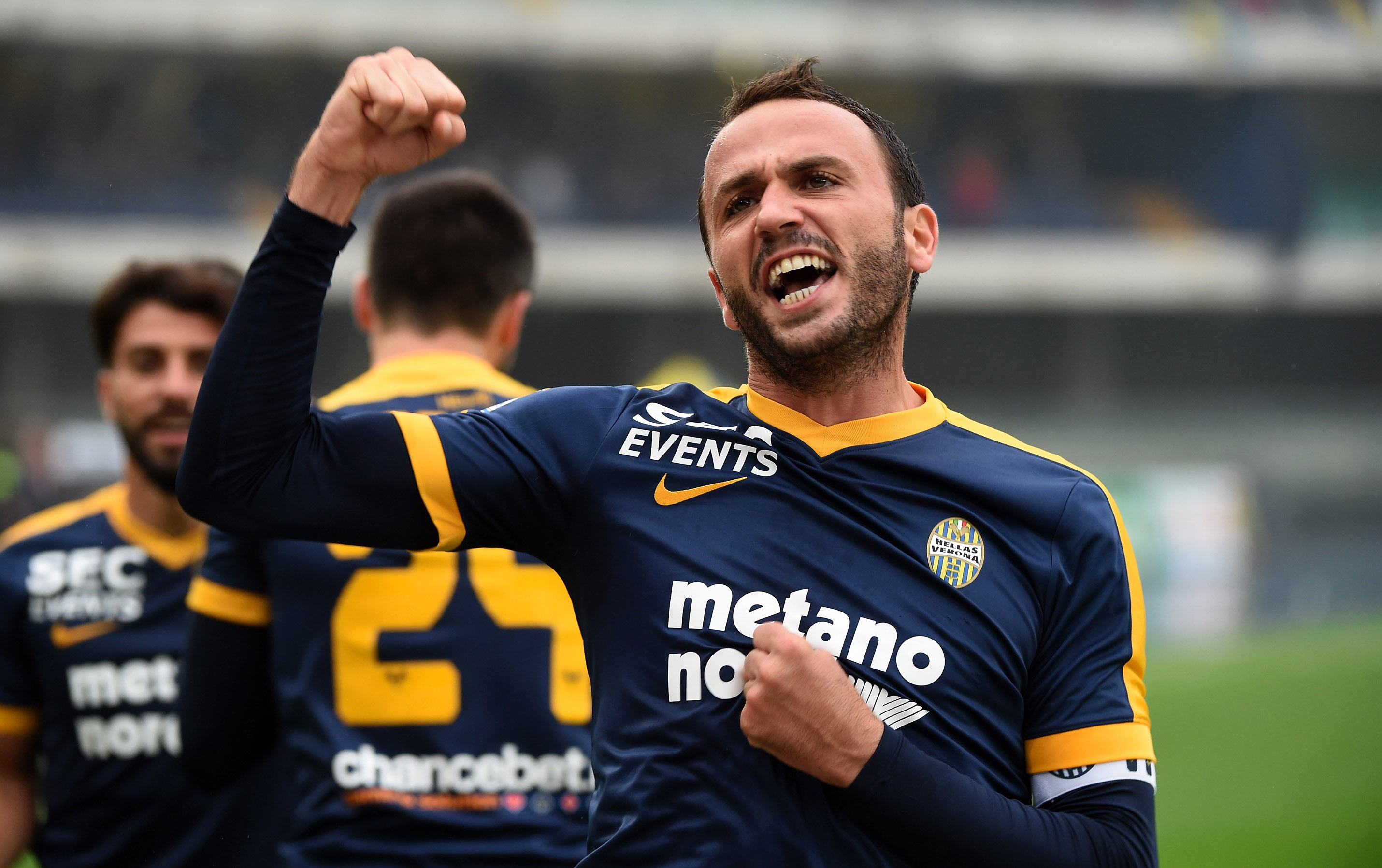 Pazzini was the top scorer for them in all competitions with 13 goals (10 league) and of course is familiar with Milan, though is likely to come off the bench.

The capture of Stepinski is an impressive one by ‘I Mastini’, while they have another former Rossoneri player in Matteo Pessina, who is on loan from Atalanta and scored the winner at Lecce in round two.

This is a very difficult place for Milan to visit historically, and with Giampaolo still not able to field a difference maker alongside Suso in behind Piatek, it may be a struggle for goals.

The hope is that the team can keep a clean sheet a nick a goal as early as possible to calm the nerves, but with the head coach still putting his stamp on the team – and with the international break having disrupted preparations – it is important to be realistic.