Preview: Serie A Round 30 – AC Milan vs. Udinese

As we enter the business end of the 2018-19 season, AC Milan have found themselves searching for answers once again – starting with Tuesday night at San Siro.

The Rossoneri are looking to recover from experiencing their first back-to-back losses in Serie A so far this season, the latest of which came in Saturday’s 1-0 defeat to Sampdoria at the Marassi.

If the Derby della Madonnina loss to Inter two weeks prior had been electrifying, the game in Genoa was anything but as a Gregoire Defrel goal after 33 seconds was the only goal of the match.

Lazio’s win at Inter on Saturday has heaped the pressure back on Gennaro Gattuso’s side with the capital club just three points back in fifth place, with rumours that the Milan boss could even change things tactically for the game against Udinese.

Lucas Paqueta and Franck Kessie were both given a much-needed rest for the defeat against Sampdoria, with both expected to return to the starting XI for Tuesday night’s encounter.

Gattuso hinted in his pre-match press conference on Monday that changing to a back three and playing with a Trequartista is an option, but an injury to Andrea Conti has forced him to abandon that idea according to Sky.

A 4-2-3-1 is the most likely option now – and Lucas Biglia could be benched again as a result with a midfield pairing of Kessie and Tiemoue Bakayoko.

A centre-half pairing of Mateo Musacchio and Alessio Romagnoli is anticipated as usual, with Paqueta expected to be the man in behind Krzysztof Piatek, Suso and Hakan Calhanoglu either side of the Brazilian.

Udinese need three points just as much as Milan do, with Davide Nicola’s side having found themselves in a relegation battle having won just seven of their 29 Serie A matches so far.

As a result, they sit just three points above Empoli who occupy the final relegation spot, but the Bianconeri have won three of their last seven league games and will be hoping to spring a surprise at San Siro. 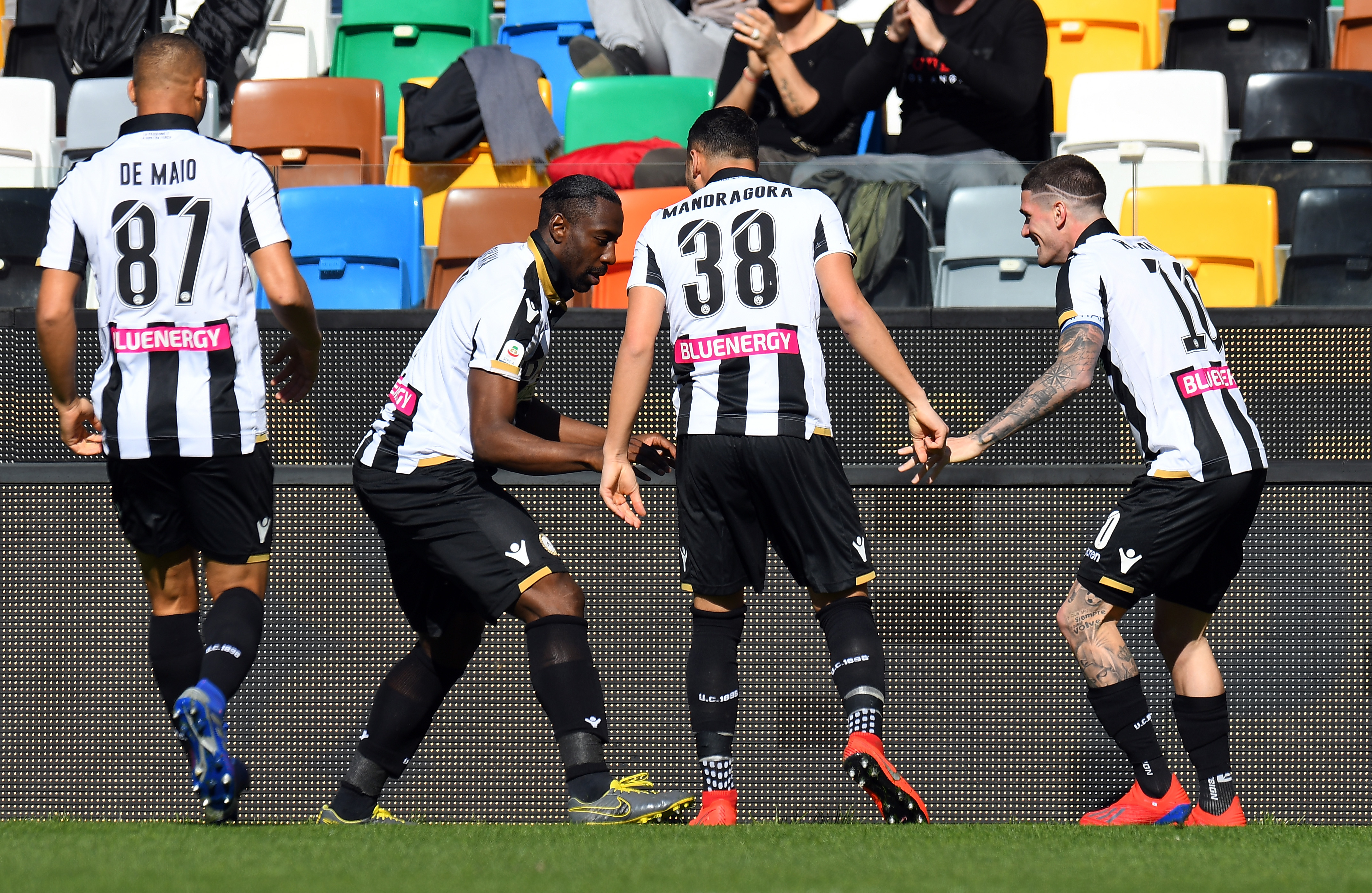 Nicola tends to go with a 4-3-3 formation which ironically would have matched up perfectly with the Rossoneri’s usual system, with a front three of Rodrigo de Paul, Stefano Okaka and Ignacio Pussetto preferred for their 2-0 win over Genoa last time out.

They are expected to be without five players, with centre-back Samir, midfielders Antonin Barak, Valon Behrami and Emil Hallfredsson and winger Marco D’Alessandro all doubts or certains to miss the game.

The meeting between Udinese and Milan in November at the Stadio Friuli was one of the more eventful games this season despite their being just one goal.

After a fruitless 95 minutes of play, Romagnoli popped up late on to thunder home on the break for Gattuso’s side, but a lengthy VAR check threatened to see the goal chalked off. Nonetheless the goal was correctly awarded sparking delirious scenes in the away end.

Interestingly, Udinese are one of the teams that Milan have struggled to beat consistently in recent years.

The Diavolo have won just three of the last eight league meetings between the two sides dating back to 2015, while Le Zebrette have won the same amount.

It seems like an obvious pick, but Piatek will be looking to end a run of two starts without a goal at San Siro on Tuesday night and add to his tally of 19 goals in Serie A.

Having the Polish hitman firing again would do wonders for the confidence of the team, but on another note a goal for Cutrone would boost his personal confidence without a doubt, though he looks set to start on the bench again.

For the opposition, there is no doubt their main threat is De Paul. The winger has been linked with a move to Milan in recent months, and is their top scorer with seven goals in the league so far this term.

With the Rossoneri searching for that winning feeling once again, we can’t help but feel this won’t be a straightforward game against a historically tough opponent.

Piatek will get back on the scoresheet though, and help Milan eek out a much-needed victory.