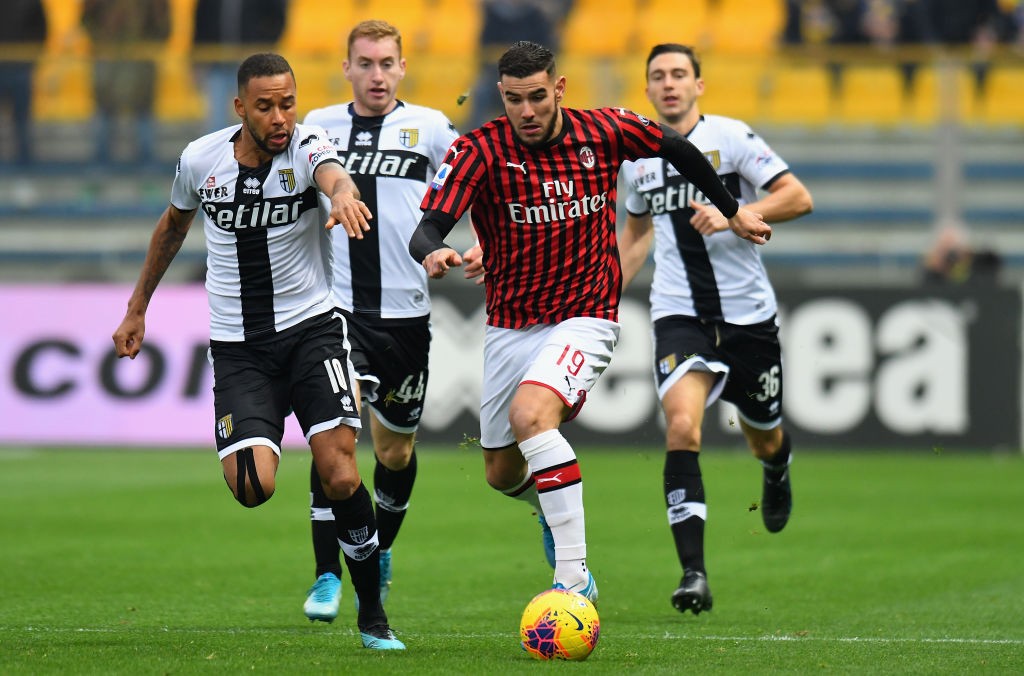 AC Milan will be looking to build off their positive recent run of form when they welcome Parma to San Siro on Wednesday night.

The Rossoneri are undefeated in all competitions since the break and have won four out of six of their Serie A matches, including wins over Roma, Lazio and Juventus and a hard-fought 2-2 draw with Napoli on Sunday.

However, with a Europa League spot far from guaranteed Stefano Pioli’s side are entering the business end of the season with the pressure still firmly on, starting with the welcoming of Parma.

La Gazzetta dello Sport reported earlier on Tuesday how Pioli could make a couple of changes compared to the XI deployed against the Partenopei.

Pioli will not be able to call upon injured centre-back duo Mateo Musacchio and Leo Duarte once again as they continue their respective recoveries.

Alexis Saelemaekers was also suspended after being sent off for receiving two quick bookings against Napoli, which forces Pioli’s hand somewhat.

Samu Castillejo is edging closer to a return but he will also be missing as he is battling a hamstring strain, with the latest reports suggesting that the game against Bologna on July 18 could signify his return.

The paper suggests that Franck Kessie could be rested in place of Rade Krunic with the Bosnia international getting a rare start, while Andrea Conti is apparently set to make way for Davide Calabria on the right side of defence.

Parma have been in the fight for a Europa League spot for the majority of the season – their second campaign back in Italy’s top flight – but a run of one win in seven since the resumption of league action has effectively ended those ambitions.

Nonetheless it has been a good season of consolidation under manager Roberto D’Aversa, who is not expected to make many changes after his side scored in the 93rd and 95th minutes to rescue a point against Bologna over the weekend.

Roberto Inglese retuned to action in the game against the Rossoblu for what was his first outing since January due to injury and he grabbed the equaliser, meaning it would not be a surprise to see him start.

Matteo Scozzarella and Riccardo Gaglioli will also be hoping to keep their spot in the starting XI. Cornelius is D’Aversa’s only injury worry at the moment, while Dejan Kulusevski, Gervinho and Antonino Barilla will be pushing to start.

Dating back to 2006, Milan have won 14 out of 21 meetings between the two sides in Serie A, with Parma winning three and there being four draws, showing the Rossoneri’s dominance against the side from an hour away.

Milan have won eight out of 10 of those games at San Siro too, with their only defeat in that stretch being a 4-2 defeat back in 2014.

Earlier in the season Milan edged a nervy encounter at the Stadio Ennio Tardini as Theo Hernandez burst forward to score an 88th minute winner.

Zlatan Ibrahimovic is arguably the player that makes Milan tick and gives the Rossoneri a focal point to aim towards when he plays well, but he was not up to speed against Napoli and the team suffered as a result, playing almost with 10 men at times.

He and Ante Rebic will be crucial for Milan in possibly getting an early goal to settle the nerves. Also keep an eye on Simon Kjaer, whose future is up in the air with a decision on his option to buy expected soon.

Kulusevski is without a doubt Parma’s best player and the on-loan Juventus man is both their highest-rated player on WhoScored and the player with the most goal involvements (7G + 7A). Keeping him quiet is a neccessity.

Although changes are afoot, Milan come into this game high on confidence and will meet a team low on confidence. That can work against the Diavolo as seen in the Genoa game pre-lockdown, but we are backing the boys to do the job on Wednesday.