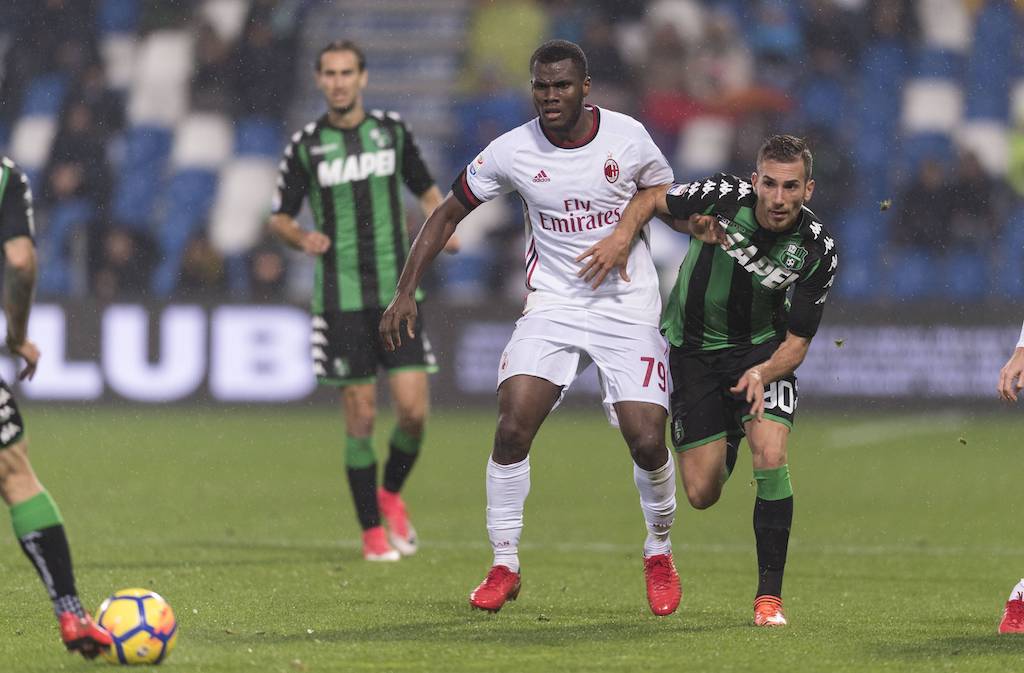 Preview: Serie A Round 35 – Sassuolo vs. AC Milan

AC Milan will be looking to build on their incredible form since the resumption of Serie A when they make the trip to face Sassuolo on Tuesday night.

The Rossoneri travel to the Mapei Stadium on to battle a resurgent Sassuolo side who have won four of their last six games and have begun a charge towards the Europa League spots.

It will not be a straightforward game though at a ground with mixed results, as Stefano Pioli stated in his pre-match press conference.

In terms of team news, Pioli will be without the injured trio of Leo Duarte, Mateo Musacchio and Samu Castillejo again as they continue their respective recoveries.

According to Tuttosport (via MilanNews), Stefano Pioli is thinking of confirming the same eleven who took the field from the first minute against Bologna.

The only news could be in defence with Andrea Conti to perhaps start instead of Davide Calabria.

With a yellow card against the Neroverdi, Simon Kjaer, Alessio Romagnoli, Theo Hernandez, Ismael Bennacer and Ante Rebic would miss the game against Atalanta on July 24th.

As mentioned previously, Sassuolo have been on a good run of form under De Zerbi and have found themselves in 8th place in the Serie A standings after a rollercoaster of a season.

They only managed a draw against Cagliari in their last outing, however the Neroverdi head coach is not expected to make any significant changes to the XI from that game.

Sassuolo will be without the suspended Gian Marco Ferrari, and have a number of injuries such as Pedro Obiang (groin strain) and Grégoire Defrel, who has been out with muscle problems. Filippo Romagna will miss the rest of the season after undergoing knee surgery in March.

There are also question marks over whether Jeremy Toljan will take part as he has muscle issues too.

The Rossoneri have a mixed record in Serie A against Tuesday’s opponents, having won seven and lost four of the 13 meetings between the teams, with four draws.

Milan drew 0-0 with Sassuolo earlier in the season at San Siro on what was the day designated to celebrate the club’s 120th anniversary, but they have won on their last three visits to the Mapei Stadium, outscoring their hosts 7-1 in the process.

There have been some thrillers down the years too, such as the 4-3 in favour of Sassuolo in 2014 and the 3-2 result also in favour of the home side a year later, and perhaps the form suggests another thriller could be on the way.

Milan’s main threat continues to be Ante Rebic, who has scored 11 league goals in 2020 alone and has continue his staggering pre-lockdown form after the resumption of Serie A, netting his latest goal in Saturday’s drubbing of Bologna.

Hakan Calhanoglu has also been in exceptional form and looks like the Diavolo’s main creative cog at the moment, and if he can get the team ticking then the goals could flow against a leaky defence.

For Sassuolo, Caputo’s 18 goals make him one of the hottest properties in the league right now, so Romagnoli and Kjaer will be tasked with keeping him quiet.

However, boyhood Inter fan Domenico Berardi is incredibly dangerous and has been a thorn in Milan’s side for a while now, and he has a combined 20 goals and assists in what has been a bounce-back season.

We expect goals from two teams who, in recent weeks, have gone about playing football in exactly the right way. We also predict that the Rossoneri will just about have too much firepower for their opponents, but don’t be surprised if this prediction ends up being wildly wrong one way or another.