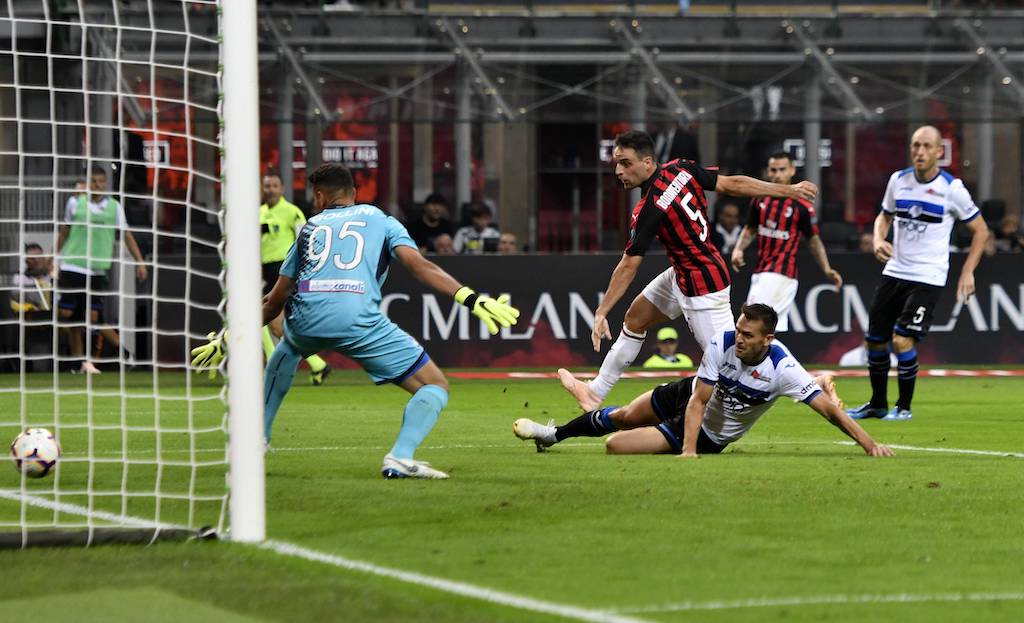 Preview: Serie A Round 36 – AC Milan vs. Atalanta

A battle between Serie A’s two most in-form teams will take place at San Siro on Friday night as AC Milan host Atalanta.

The Rossoneri have been absolutely flying since the restart having won seven of their nine Serie A games, but their Lombardy neighbours have somehow gone even better than that, having won 11 of their last 13 league games.

Milan enter the game with a crisis in terms of selection to contend with, something Pioli addressed in his pre-match press conference, but it still promises to be a thriller at San Siro.

Milan come into the game off the back of a battling 2-1 win against Sassuolo at the Mapei Stadium on Tuesday night, but the victory came at a cost.

It is panic stations for Pioli. The Rossoneri head coach will be without the suspended Ismael Bennacer and Theo Hernandez as well as the injured trio of Mateo Musacchio, Leo Duarte and Alessio Romagnoli.

There are also doubts about the fitness of Simon Kjaer, meaning that Matteo Gabbia is the only fully fit centre-back as it stands, but if the Dane recovers then he will partner the Italian.

MilanLive notes, the most natural partner for Gabbia if Kjaer isn’t fit is Franck Kessie, something which means Rade Krunic would then become Lucas Biglia’s midfield partner.

In defense Davide Calabria will replace Conti on the right side, while Laxalt will take the place of Theo Hernandez on the left. Thankfully for Pioli, there are no major problems in the attacking department.

Atalanta are having another sensational season under Gian Piero Gasperini, and they somehow seem to be getting better as every week goes by.

They find themselves in second place in the table having won eight of ten since the league got back underway, scoring at least twice in seven of those, putting several teams to the sword and being unlucky not to win at Juventus to open up the title race again.

Gasperini will want his side to maintain an unbeaten run which has lasted since January 20, a stretch of 17 games, but he will not be in the dugout to manage his side as he was sent to the stands in their most recent game against Bologna.

Gasperini will be without Hans Hateboer who is serving the second of his two game suspension after accumulating too many yellow cards, while 15-goal star Josip Ilicic is apparently not fit.

This is a fixture which in recent times has been fought with all the intensity of a battle between two sides occupying the same region.

Over the last 26 Serie A games, dating back to 2006, Milan have won 10 with the Nerazzurri have prevailed in nine, with six draws.

The last time that Atalanta won against Milan at San Siro was back in the 2017-18 season when they ran out 2-0 winners, while the Rossoneri have not won at home against La Dea in six years.

The two sides have already met this season in game that most Milan fans would much rather forget, though it is interesting how things come full circle.

Back in November, Atalanta thrashed the Diavolo 5-0 in Bergamo through goals from Papu Gomez, Pasalic, Ilicic (x2) and Luis Muriel.

There were calls for Pioli to be sacked after the game and it is widely reported that the defeat was the catalyst for starting talks with Ralf Rangnick, but in the last few days it has been confirmed the German will not be arriving and Pioli will continue into next season.

It is hard to pick out one player to watch for Milan given the injury situation, but if Simon Kjaer starts then it will be his biggest test at the club so far as he will have to lead a makeshift back line against the best attack in the league by far.

Also, a game like this is where the leadership of Zlatan Ibrahimovic could become vital. If he can rally the troops and Milan score first to put the pressure on, then who knows.

For Atalanta, there is an abundance of talent within their ranks. Former Milan loanee Mario Pasalic has been exceptional, while forwards Zapata, Muriel and Ilicic have combined for a staggering 50 goals. Gomez, meanwhile, has 16 assists to round off a frightening attacking department.

We try to be as objective as possible with our predictions, and we would love to be proven wrong, but we expect nothing other than a comfortable defeat.

The Bergamasca club are playing exceptional football and they will come up against a wounded beast, like when Milan played Lazio and rolled them over 3-0. It could be a long night.