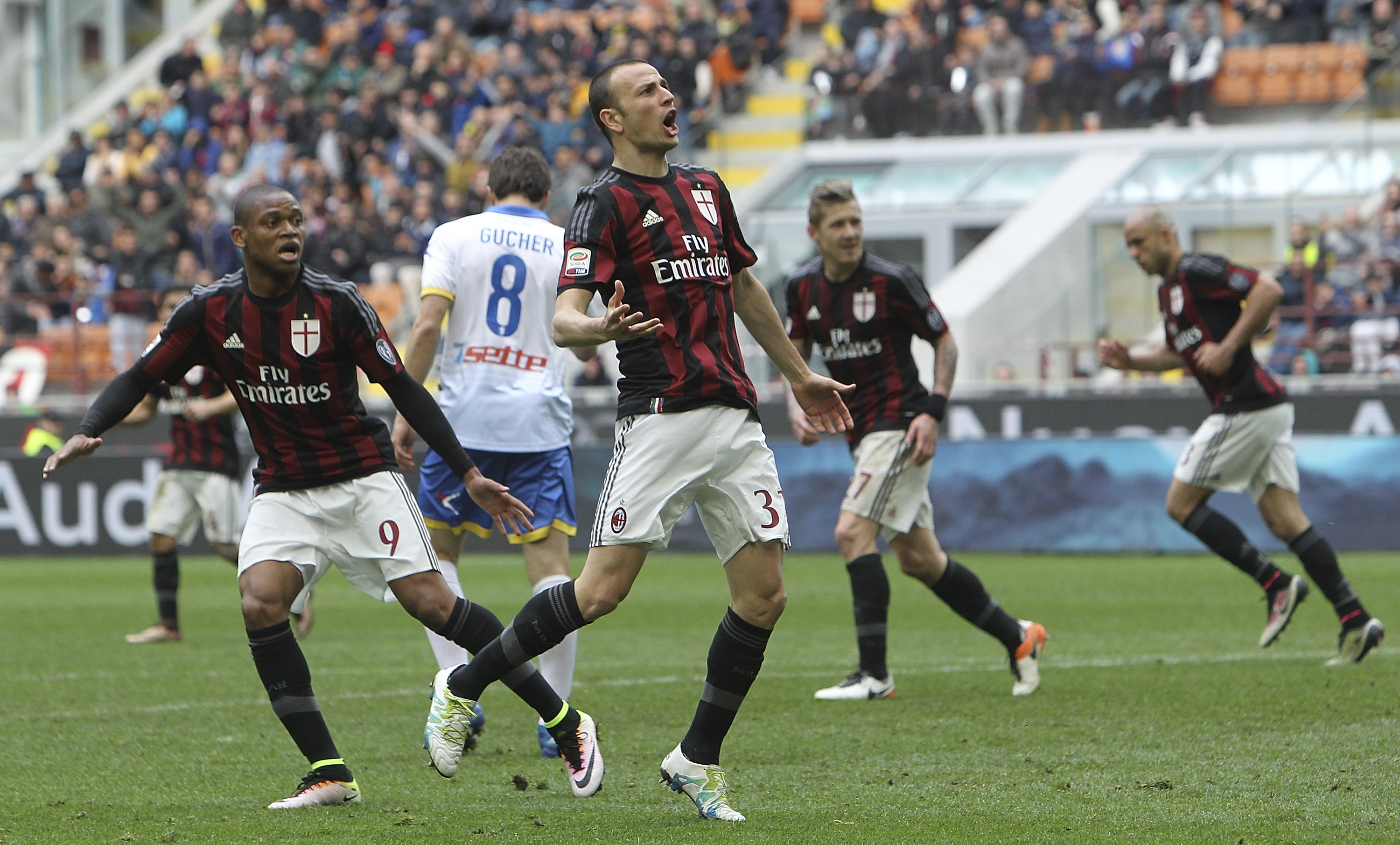 PREVIEW: Serie A Round 37 – AC Milan vs. Frosinone

AC Milan face another crucial test in their hopes of achieving a top four finish when they face Frosinone in their final home game of the season.

The Rossoneri know that they must win both of their remaining games and hope Atalanta slip up against Juventus in order to wrestle back the final Champions League place.

Sunday night’s game against the already-relegated Frosinone will also give Milanisti a chance to see the new 2019-20 home shirt in action.

Gennaro Gattuso will of course be without the suspended Lucas Paqueta for this weekend’s game, as the Brazilian is serving the second of a two-game ban which ultimately ended his season.

Other than that there are no new injury concerns, but Davide Calabria, Giacomo Bonaventura and Mattia Caldara will all miss out.

An interesting sub-plot is that as many as six players could play their last game for the club: namely Tiemoue Bakayoko, Ignazio Abate, Andrea Bertolacci, Jose Mauri, Riccardo Montolivo and Cristian Zapata.

The latter five are set to depart having not been offered new deals, while there are doubts about the redemption of Bakayoko from Chelsea.

Frosinone’s one-year stay back in Serie A has come to an end, with the Lazio-based club having been comfortably relegated having amassed just 24 points in 36 games.

Their squad has been decimated by injuries throughout the season which has not helped Marco Baroni’s cause, and he has a number of issues to deal with ahead of Sunday night’s game.

Centre-back Bartosz Salamon, as well as midfielders Federico Viviani and Mirko Gori will miss out with injury.

Meanwhile, Raman Chibsah and forward Luca Paganini are also set to miss out through injury – while on-loan Inter striker Andrea Pinamonti is away on international duty with Italy’s U20s.

Last time Milan faced Frosinone, manager Gattuso was under similar pressure after a run of poor results, and he did himself no favours with a 0-0 draw at the Stadio Benito Stirpe.

The previous encounter between the two sides at San Siro back in 2016 was far more thrilling though, as Milan dug themselves out of a hole to salvage a 3-3 draw thanks to Jeremy Menez’s penalty.

At this point, it would be fair to say that Bakayoko is essentially playing for his future at Milan.

Dominant displays from the Frenchman in his last two games of the season may be enough to persuade the Rossoneri hierarchy to trigger the €35million buy-out and make his switch to San Sior a permanent one.

Hakan Calhanoglu can again be the difference maker as he once again looks to end the season strongly, while Krzyzstof Piatek will aim to end his mini goal drought.

For the visitors, who have lost four of their last five in the league, Daniel Ciofani and Camillo Ciano provide the threat up front, with the pair having scored 12 goals between them this season.

Francesco Cassata is one to keep an eye on, with the 21-year-old having made 19 league appearances this season (scoring twice) and is widely regarded as one for the future.

Milan have won their last home game of the season in each of the last two seasons, beating Fiorentina 5-1 last season and Bologna 3-0 in 2016-17.

This year, against a team that has already sealed their fate, the result should be equally as comfortable – however the pressure is all upon the Diavolo with top four hopes resting in the balance, which could affect the scoreline.