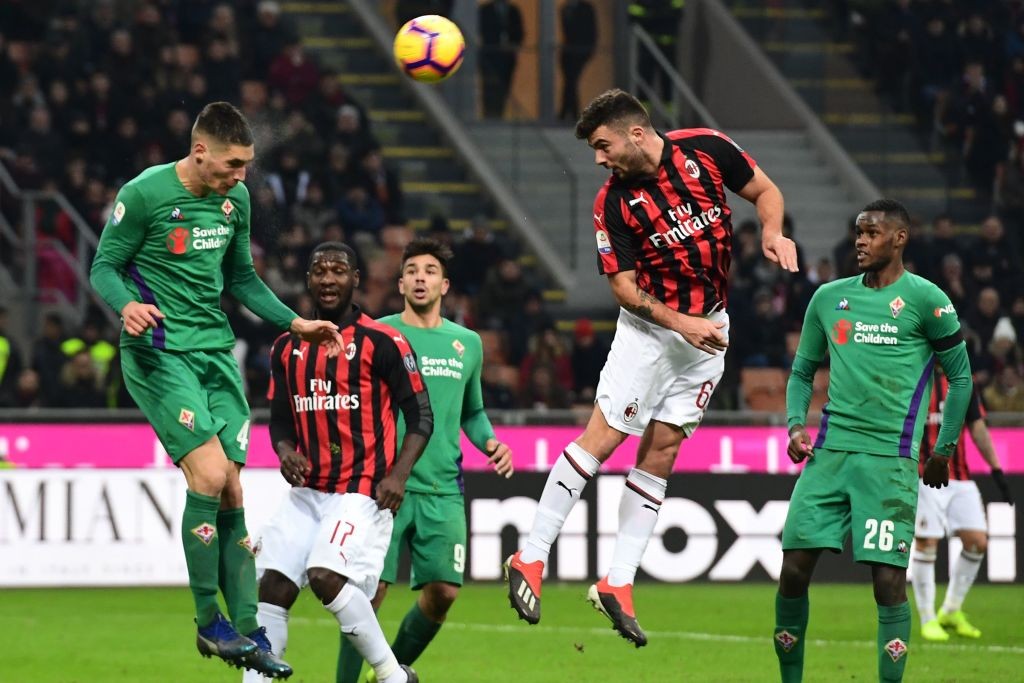 Preview: Serie A Round 6 – AC Milan vs. Fiorentina

AC Milan return to San Siro on Sunday to face Fiorentina, looking to put back-to-back defeats behind them and begin a charge up the table.

The latest defeat for Marco Giampaolo’s side came at the hands of Torino on Thursday night as the Rossoneri threw away a lead inside the last 20 minutes to lose 2-1.

Andrea Belotti’s brace cancelled out Krzysztof Piatek’s opener from the penalty spot and made it three defeats in five to begin the season.

Speculation has been rife since about Giampaolo’s job security, making Sunday’s game seemingly a must win…

Just as on Thursday, Giampaolo will have an almost clean bill of health to assist his selection, however Mattia Caldara is still out as he continues his recovery from a ligament injury.

There are question marks over the fitness of Lucas Paqueta, with some outlets claiming he will return to the fold and others saying he will not be risked after picking up a muscle problem in the derby last Saturday.

After some promising signs – particularly in the first half – against Torino, Giampaolo is expected to stick with the same starting XI which features new signings Theo Hernandez, Ismael Bennacer and Rafael Leao.

Once again there is speculation about whether that will be in a 4-3-1-2 formation or one which more resembles a 4-3-3, but we may see it change during the game.

Fiorentina, who are managed by former Rossoneri boss Vincenzo Montella, won their first league game since February on Wednesday night.

Goals from centre-back German Pezzella and star man Federico Chiesa were enough to give La Viola all three points against struggling Sampdoria.

There are two injury concerns for Fiorentina as forward Pedro dos Santos and defender Jacob Rasmussen will both miss out, with the duo not having played for the club since arriving this summer.

Tactically, Montella has moved away from the 4-3-3 he preferred while he was Milan boss and instead tends to use a three at the back formation, meaning we will likely see former Bayern Munich star Franck Ribery deployed up top.

In the corresponding fixture last season, the two sides met three days before Christmas at San Siro and it was Fiorentina who secured a smash-and-grab three points.

Despite Milan being on top for large periods of the game and outnumbering their visitors on shots they could not find the decisive opening goal, and it was Chiesa who netted the winner with a piece of brilliant 17 minutes from time.

The two sides have met on 162 occasions with the Diavolo having the upper hand: Milan have won 72 games to Fiorentina’s 46, whilst 44 have ended in draws.

Milan have also won 14 of the last 29 Serie A games between the two sides, losing seven.

All eyes will once again be on Milan’s star striker Krzysztof Piatek. Although he netted a penalty in Thursday’s defeat, he has only scored one goal from open play in his last 11 competitive games.

Meanwhile, it will be interesting to see if new signings Bennacer and Hernandez can continue their so far impressive integration into the system, as the pair have the potential to be real difference-makers on their day.

As for Fiorentina, there are a few obvious players to keep an extra eye on; Chiesa and Ribery. Both have impressed during the start of the season and could pose a serious threat to the Rossoneri defence, should they lose focus for a moment.

Given Fiorentina’s resurgence in midweek, it would be wrong to expect this to be a walkover for Giampaolo’s side. However, La Viola’s record on the road speaks for itself.

Coupling that with the impressive signs we saw in the first half of the game against Torino, we expect the Rossoneri to secure a vital three points and ease the pressure on the head coach slightly.