Preview: Serie A Round 9 – Inter vs. AC Milan

As the International break has ended, AC Milan will return to action on Sunday evening as they take on Inter in the Derby Della Madonnina, looking to close the gap on their city rivals.

The Rossoneri have slowly but surely picked up after a lacklustre start to the season, now winning three games in a row across all competitions. In addition to this, they have scored three goals or more in these three games.

With that said, it’s safe to say that the team has found its rhythm, although they will still have much to prove on Sunday evening, given the prestige of the Milano derby.

Given the boost in performances, as mentioned, Gattuso is expected to field the standard eleven players, although one player will be replaced. In fact, this change will take place in defence, as Calabria most likely will take vice-captain Abate’s spot.

In the centre of the defence, Musacchio will pair up with Romagnoli as per usual, while Rodriguez will take up the left-back spot to complete the four-man safety net. 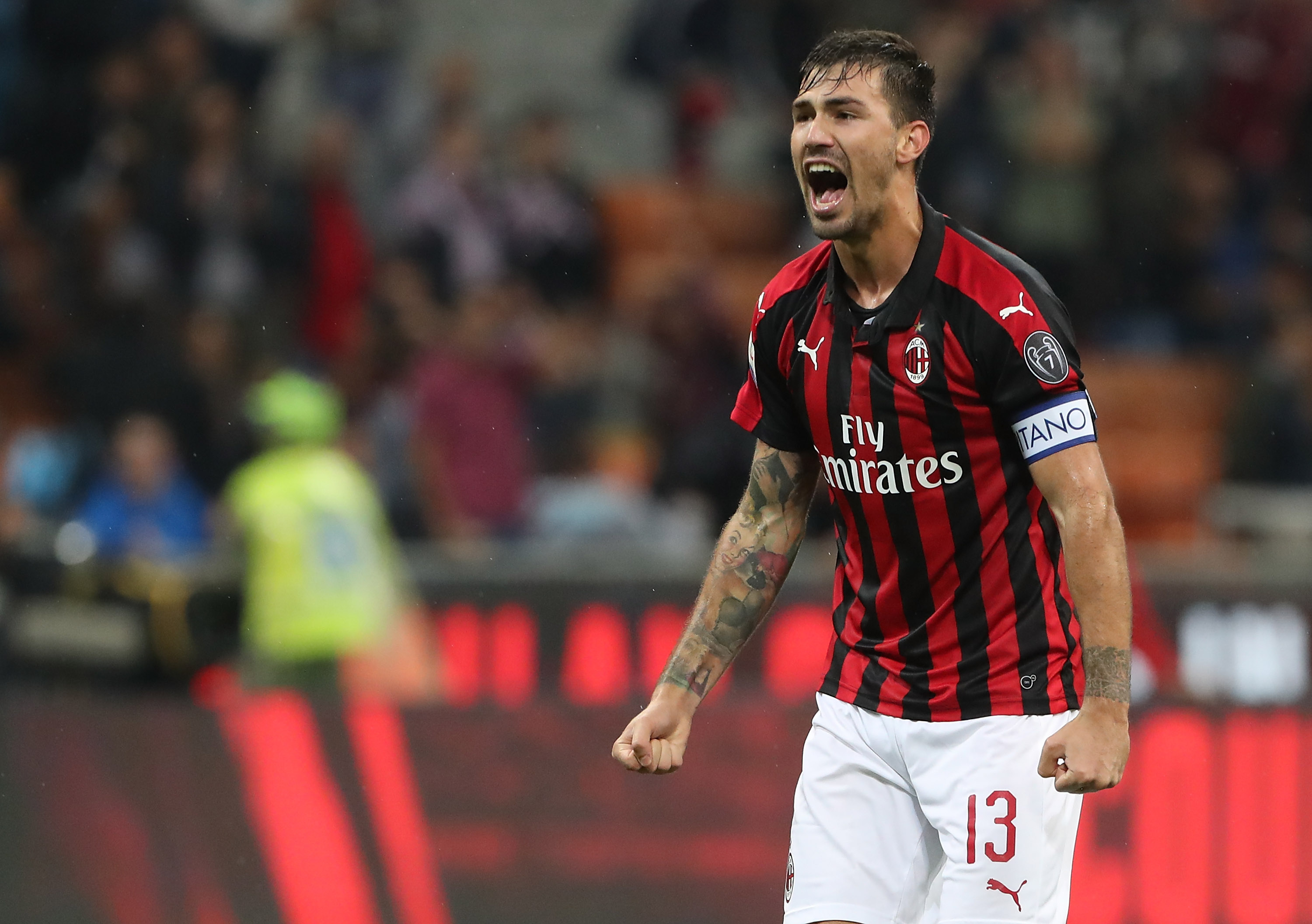 In the middle of the pitch, Biglia will once again be the leader, starting as the regista. Alongside him, Kessie and Bonaventura will start on the right and left side respectively.

Up front, Suso will look to continue his good run of form against a favourite victim. To his help, he will have the experienced Higuain to aim at in the centre, while Calhanoglu will offer support on the left side.

Much like Milan themselves, Inter have seemingly also shaken off the nerves they had at the start of the season, having won their last six games across all competitions. With that said, though, they have had an easier schedule than Milan on paper (bar Champions League). Gattuso’s men will have to sharp in order to beat the Nerazzurri, although form almost never matters in a derby.

As previously mentioned, Milan won their last game. Playing Chievo at home, the Rossoneri didn’t have many issues with grabbing all the three points. Suso and Higuain were both fundamental, as they combined brilliantly on two goals. Suso also assisted Bonaventura for the third and last rossonero goal of the evening. Chievo got one back but never really threatened Gattuso’s men. 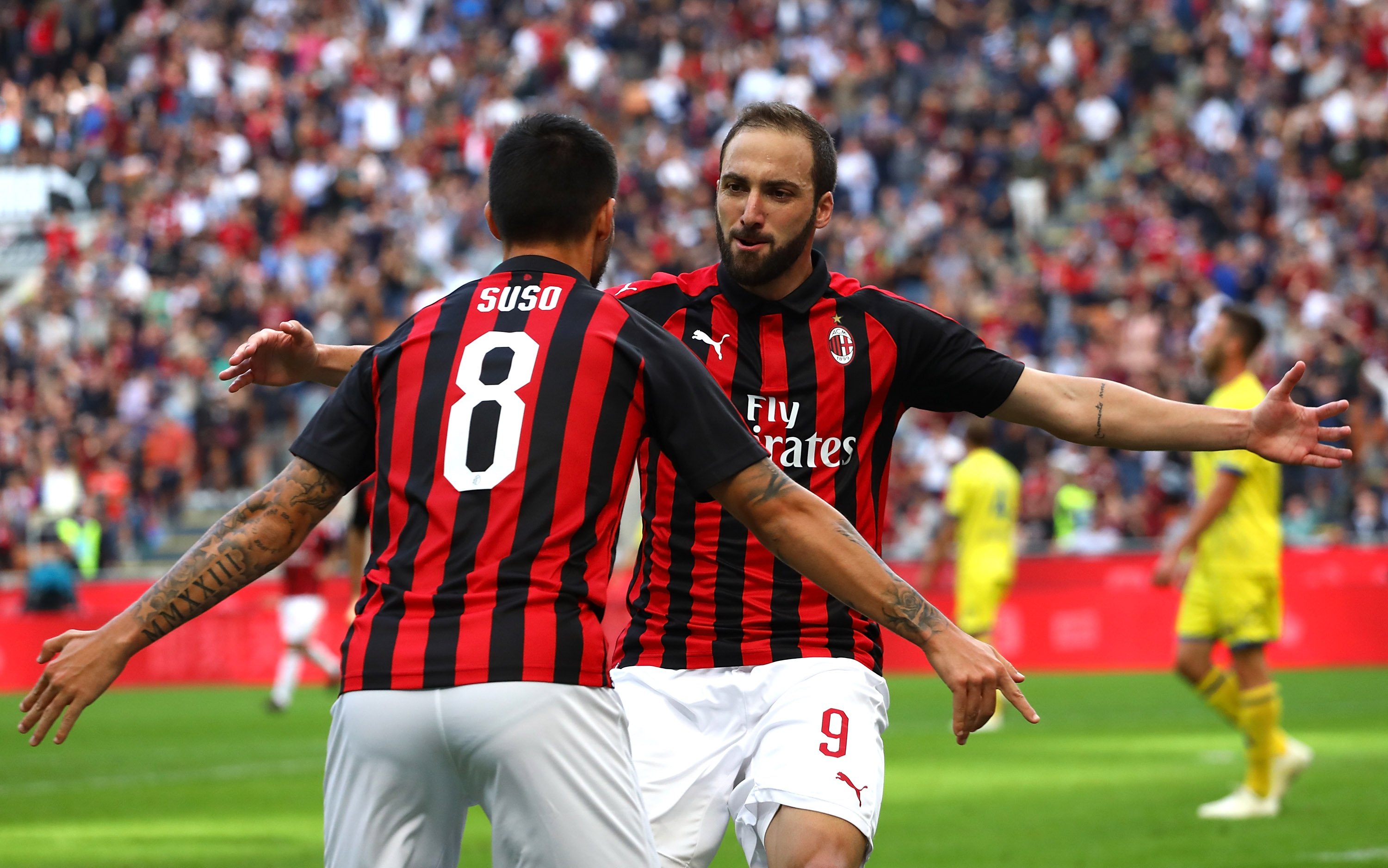 Inter struggled a bit more to secure the win last time out, as SPAL put up a good fight, equalising in the 72nd minute. Icardi wasn’t having any of it, though, as he scored the winner six minutes later.

For Milan, the choice is simple, and it’s Suso. The Spaniard has been crucial as of late, scoring two and assisting three in his last two games. While on International duty, the winger added another two assists to his tally, meaning he is in red-hot form heading into the derby. In addition to this, he will have the brilliant Higuain to work with.

For Inter, it will definitely be Icardi. The Argentinian is considered one of the best finishers in the world and Milan’s defence will have to make sure he doesn’t get any space tomorrow. Nainggolan will also be crucial in the midfield to create a balance for the Nerazzurri.

Everyone knows that it’s extremely hard to predict a Milan derby, given that these hardly ever end as you thought they would. Usually, the team that is the favourites ends up on the losing end, although it’s even hard to call a favourite at this point. Therefore, a draw is only more than reasonable, and both teams should score.