Preview: Serie A Round 11 – Milan vs. Juventus

AC Milan face somewhat of a litmus test on Saturday evening when they welcome rivals Juventus to San Siro.

The Rossoneri ended their run of four Serie A games without a win by convincingly beating Chievo 4-1 on Wednesday night at the Bentegodi.

Goals from Suso, Hakan Calhanoglu and Nikola Kalinic, as well as an own goal, helped Vincenzo Montella’s men to a much needed away win.

The predicted XI from La Gazzetta dello Sport sees a back three of Cristian Zapata, Mateo Musacchio and Alessio Romagnoli; a change from the Chievo game as Zapata steps in for Ricardo Rodriguez.

Rodriguez is expected to switch to left wing-back, with Franck Kessie and Lucas Biglia again being the midfield pairing and Ignazio Abate in the RWB position.

The front three is expected to remain the same, with Suso on the right and Calhanoglu on the left; Nikola Kalinic leading the forward line. All three of course scored in the midweek win in Verona. 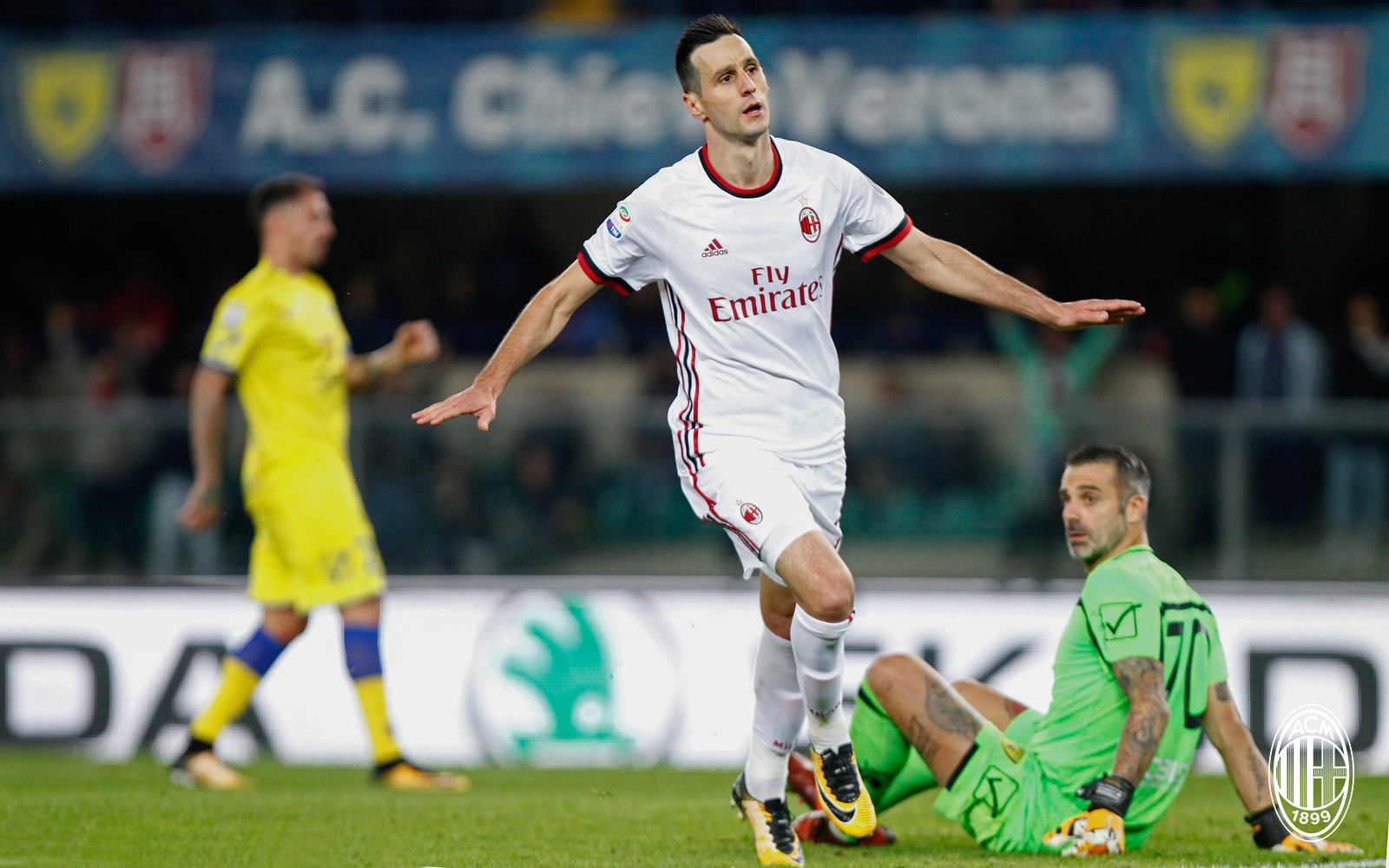 The reason for the shift is due to an injury to Davide Calabria, who went down hard with a head injury in the 4-1 win on Wednesday and is not expected to play a part in the game. Leonardo Bonucci will miss the clash against his former club due to suspension, while Andrea Conti is of course still recovering from his long-term knee injury.

For the away side, Marko Pjaca will miss the game as he continues his recovery from a cruciate injury, while defensive duo Benedikt Howedes and Medhi Benatia are doubts. Giorgio Chiellini is set to return, with Daniele Rugani to make way.

Despite the fact they sit in third place with 25 points from their opening 10 games, there is the general feeling that Juventus simply haven’t got going yet in 2017/18.

A 2-2 draw away at Atalanta was followed by a shock 2-1 home defeat to Lazio, something which attracted a lot of criticism for Max Allegri’s group.

However, the Bianconeri enter the game on the back of two wins in Serie A in which they have scored a combined 10 goals, showing that they can still turn on the style to answer any doubters.

The fixture is not one that historically favours Milan. The two clubs met four times last season; twice in Serie A, once in the Coppa Italia and once in the Supercoppa Italia. Milan prevailed in two – arguably the highlights of the season.

The two teams last met in March at Juventus Stadium, with the home side snatching the three points in the most dramatic fashion.

Benatia had given Juventus the lead on the half-hour mark, before Carlos Bacca equalised two minutes before half-time.

Then, Paolo Dybala converted a 97th minute to win the game, after Mattia de Sciglio (now with Juve) was adjudged to have handled the ball inside the area. That came just minutes after team-mate Jose Sosa was sent off for a second yellow card.

For Milan, nothing changes. Suso is and will always be the driving creative force behind Montella’s team. His vision and intelligence was on hand for all to see against Chievo, scoring a wonderful curling shot. Much like Arjen Robben his approach is obvious by cutting inside constantly, but few defenders appear able to stop it.

Calhanoglu will also be one too watch; hopefully a first Serie A goal gives him confidence, while Kessie will need to have a big impact from midfield.

Juve meanwhile have somewhat of a star-studded line up, with the likes of Dybala, Higuain, Pjanic, Cuadrado, Costa and Marchisio. It’s hard to pick just one player to watch, but one feels that Milan’s makeshift back line could struggle to keep up with the speed and intelligence of Dybala.

This game is colossal for Milan – no two ways about it. A win reignites our season, while a defeat reaffirms the impression that this team is just not ready to challenge at the very top yet.

We feel this game could be very much like the Roma one; a tight game with few chances, each team having their spells of dominance, but the quality and organisation of the visitors could be the key factor.