Preview: Serie A Round 2 – AC Milan vs. Cagliari

Beating KF Shkendija on Thursday with 7-0 on aggregate, Milan have officially secured their spot in this season’s Europa League group stage. However, now the Rossoneri will have to regroup for today’s Serie A encounter with Cagliari.

Milan qualified for the Europa League group stages this week and was placed into Group D, along with Austria Wein, HNK Rijeka and AEK Athens.

With that said, Montella’s men will face today’s challenge with great confidence, although it’s important for the Rossoneri to remain focused.

Having tried out the 3-5-2 formation against KF Shkendija, Montella is expected to return to using his beloved 4-3-3. Unlike the Shkendija game, Milan will field their best players available today, with the likes of Kessie, Calhanoglu, Conti and Donnarumma returning to the starting eleven.

Conti and Rodriguez will both return to the XI this evening, partnering up with Musacchio and Bonucci, who played against Shkendija in a back three along with Romagnoli. 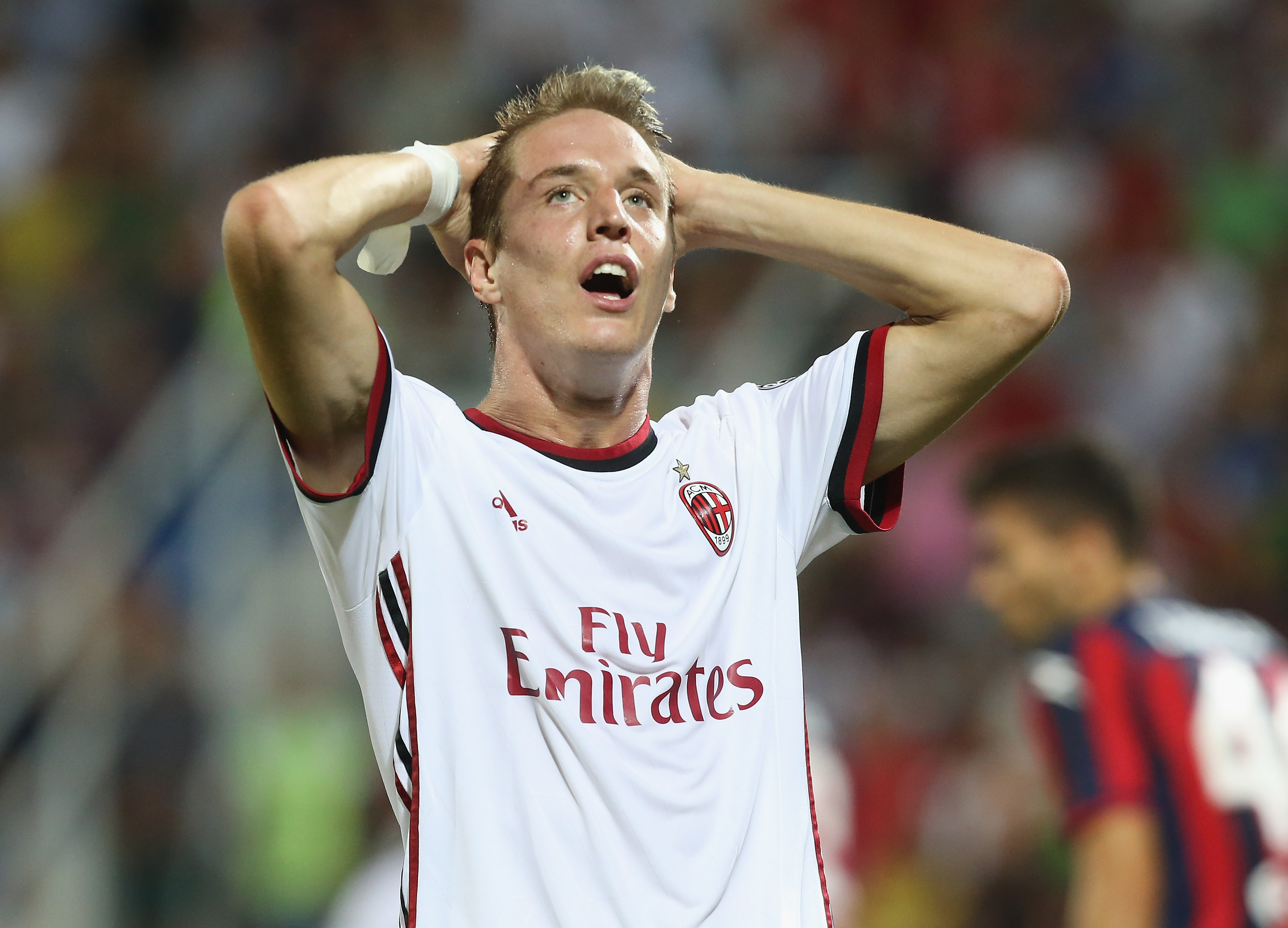 In midfield, we will most likely see a trio consisting of Kessie, Locatelli (or Montolivo) and Calhanoglu, all of whom started against Crotone in the Serie A opener. Suso will play from the start, along with Cutrone and Borini up front.

The tiny team from Sardinia, Cagliari, will be travelling to Milan today to play at the San Siro for the second round of this season’s Serie A. 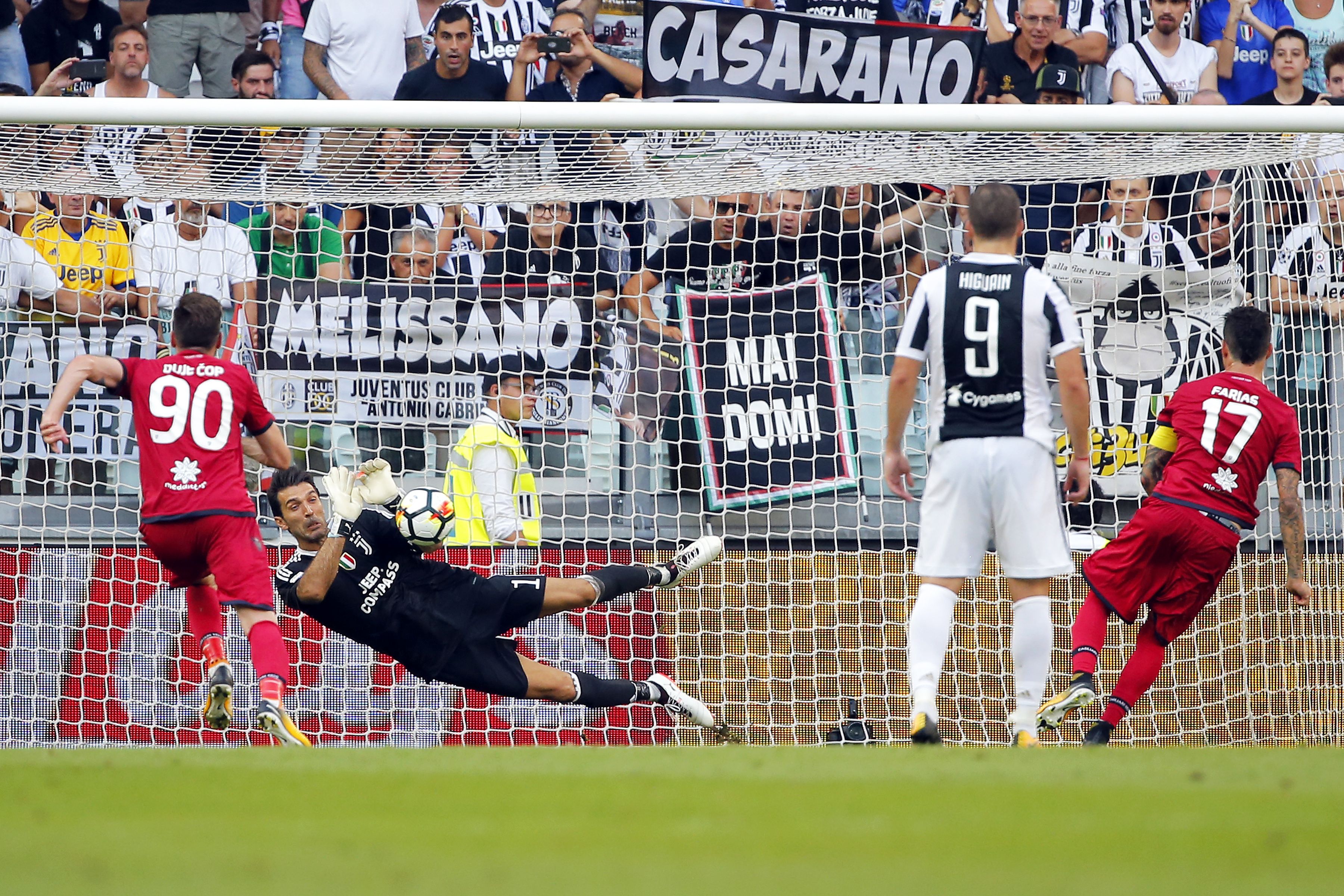 Cagliari are coming off a devastating yet expected 0-3 loss away to Juventus and are hoping to bring something back home from this away trip. The Sardinians had a few good chances against Juventus, including a penalty, and they should have scored at least one goal.

AC Milan beat KF Shkendija by 1-0 on Thursday night, bringing the aggregate score up to 7-0, which saw them through to the Europa League group stage. Their last Serie A encounter was the opener against Crotone, which they comfortably won by 3-0 away from home.

Cagliari, on the other hand, lost their opener, after conceding three goals against Juventus.

Last time these teams face each other, Cagliari won at home after putting two goals past Gigio Donnarumma. Carlos Bacca missed a penalty for Milan in that game, while Paletta was sent off just three minutes after his side’s equaliser. Cagliari’s Pisacane then scored off a rebound to make it 2-1 in the 93rd minute.

We at SempreMilan.com believe that the game will end 2-0, with Milan keeping yet another clean sheet. However, the game will not be as easy as against Crotone, where the home side was punished with a red card in the 5th minute after Cutrone was brought down in the penalty box.

Even though Cagliari didn’t score against Juventus, they had a few great chances and if they can be more clinical, then they could cause problems for Milan. However, their main weakness is their defence, which against Juventus was all over the place.

We will most likely see a Milan side that will take advantage of this.