Coming off the back of a controversial loss against Juventus last time out, AC Milan will be looking to bounce back as Genoa pay a visit to the San Siro on Saturday.

Last weekend, AC Milan suffered a questionable defeat away at Juventus, with the referee awarding the home side a penalty in the 96th minute, way beyond the four minutes added on. Unlucky to say the least for the Rossoneri, who showed their emotions in front of the referee after the final whistle, leading to a one-game ban for goalscorer Carlos Bacca.

However, the Rossoneri will have a chance to redeem themselves on Saturday against Genoa, who recently have sacked their manager Ivan Juric, replacing him with Andrea Mandorlini.

Moving on to our five pre-match facts, you can tell it’ll be a good game on Saturday evening.

1. Genoa have won four of their last five Serie A meetings against Milan (L1), after gaining only two points in the previous eight.

3. Milan lost in their last Serie A game against Juventus, after going unbeaten in the previous five (W4 D1).

4. Gianluigi Donnarumma has made the most saves in Serie A this season (111) and the only one to make nine or more save in two different games (against Juventus and Lazio).

5. Genoa have won only one of their last 12 Serie A games, 2-0 against Empoli in their latest away game. Genoa are also, with Sampdoria, one of only two teams yet to score with defenders this season in Serie A.

As mentioned earlier, Milan will have to do without their main man up front, Carlos Bacca, who received a suspension after trying to attack the referee. Moreover, both Jose Sosa and Alessio Romagnoli will miss out on the action due to the yellow card accumulation, while Suso and Abate have joined several names on the injury list. 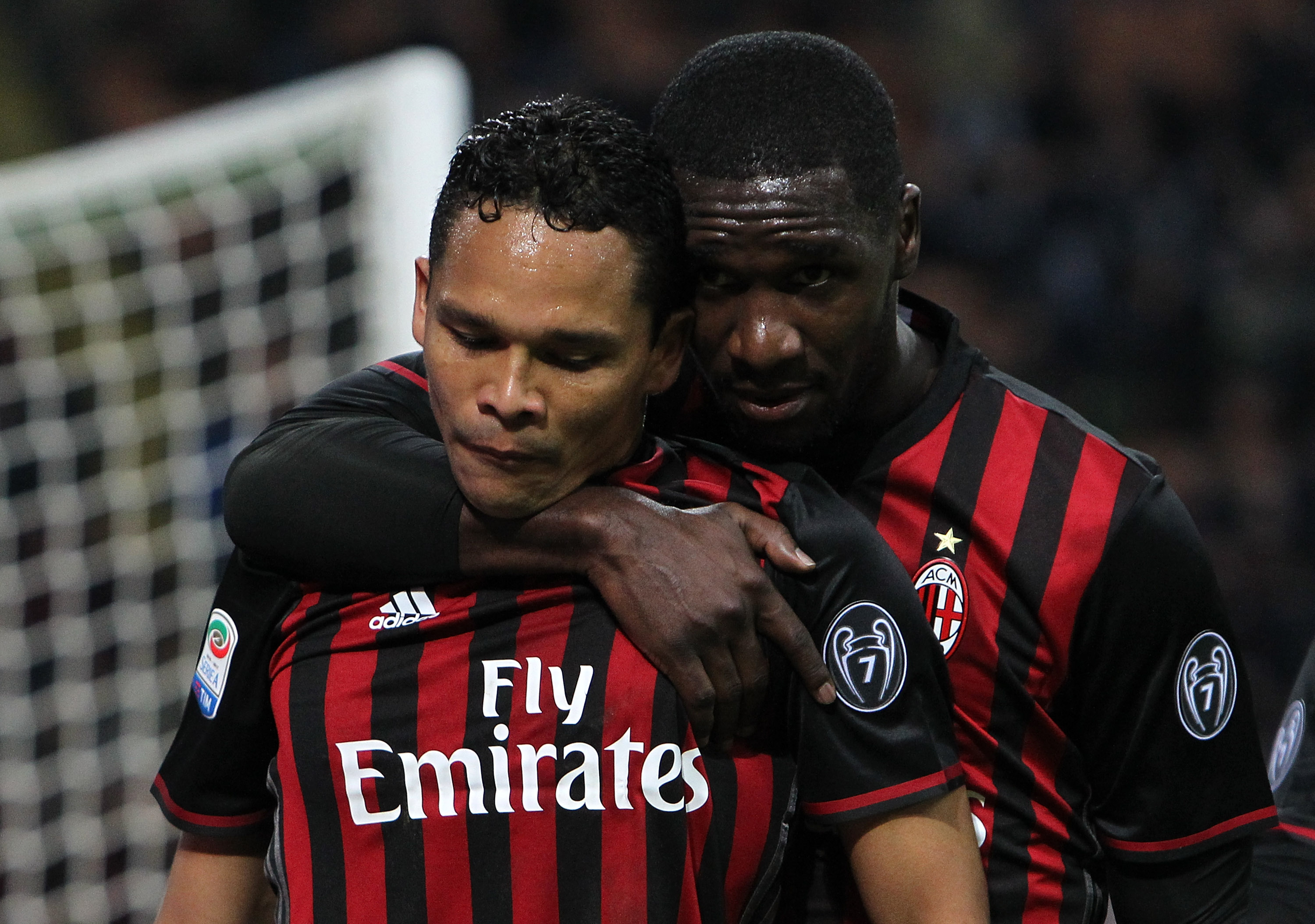 This means Milan will start with a relatively weak lineup, although it’s not bad at all. Zapata is expected to take Romagnoli’s spot alongside Gabriel Paletta in defence, while Mati Fernández will replace the suspended Jose Sosa in the regista position.

Up front, Montella is expected to field a Deulofeu-Lapadula-Ocampos trio.

In the home side, as usual, Gerard Deulofeu will be one for Genoa to keep an extra eye on, as the Spaniard has proven to be vital for the Rossoneri recently. The winger set up Bacca’s goal against Juventus and is a real threat for the opponents when counter-attacking. 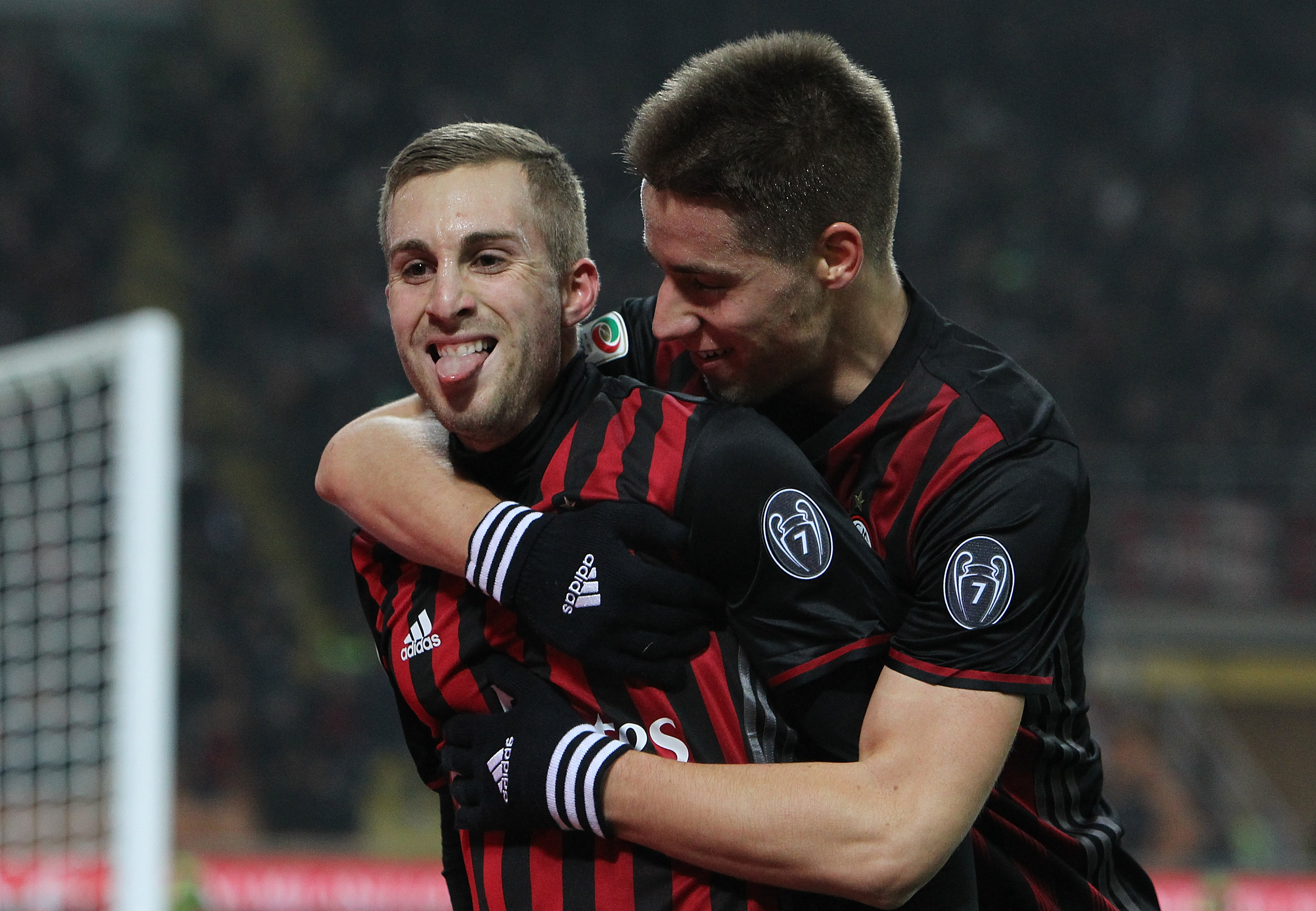 Lapadula, who after a good spell has spent some time on the bench recently, will also be a key man for AC Milan on Saturday. The Italian striker is known for his work-rate and it will certainly be interesting to see what he can do against Genoa’s three-man defence.

In the away side, Giovanni Simeone is a player that AC Milan will have to watch out for, as the Argentinian striker has shown great striker’s instinct this season, scoring ten goals in the league.

Last time these two sides met, the game ended disappointingly for the Rossoneri, who lost 0-3 after goals from Ninkovic, Kucka (OG) and Pavoletti. Gabriel Paletta was sent off in the 57th minute of the game, after a reckless tackle.