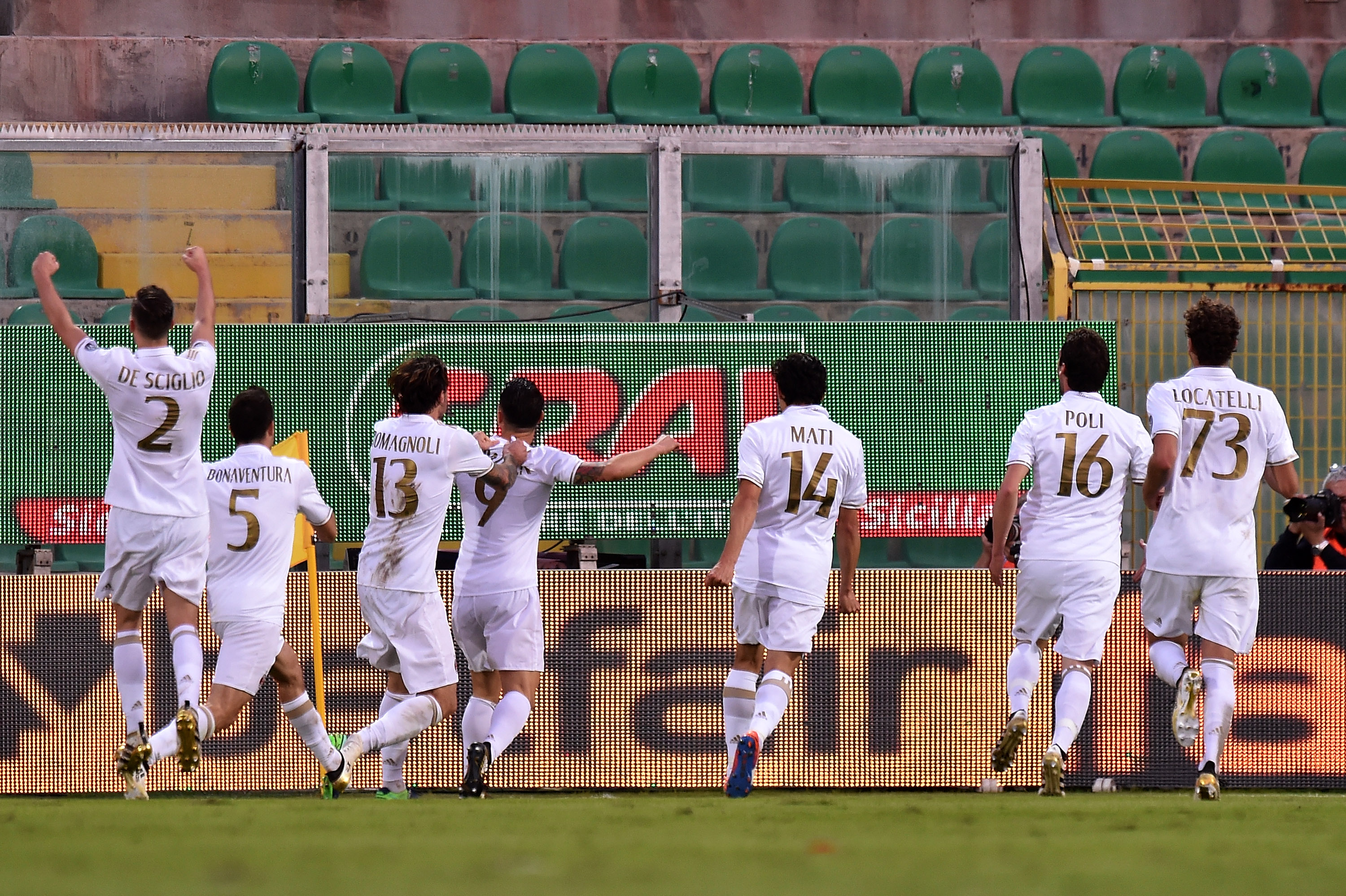 Preview: Serie A Round 31 – AC Milan vs. Palermo

Coming off a disappointing draw last Sunday, against bottom of the table Pescara; Montella’s men are looking to bounce back against another team in the relegation zone, Palermo.

Last week Milan shared the spoils with the hosts, Pescara, after a very disappointing display. Just under a quarter hour into the encounter a Donnarumma howler allowed the Delfini to take the lead. Which they never looked like earning themselves. Milan equalized just before the break with a fantastic, striker like finish from Chelsea loanee Mario Pasalic. 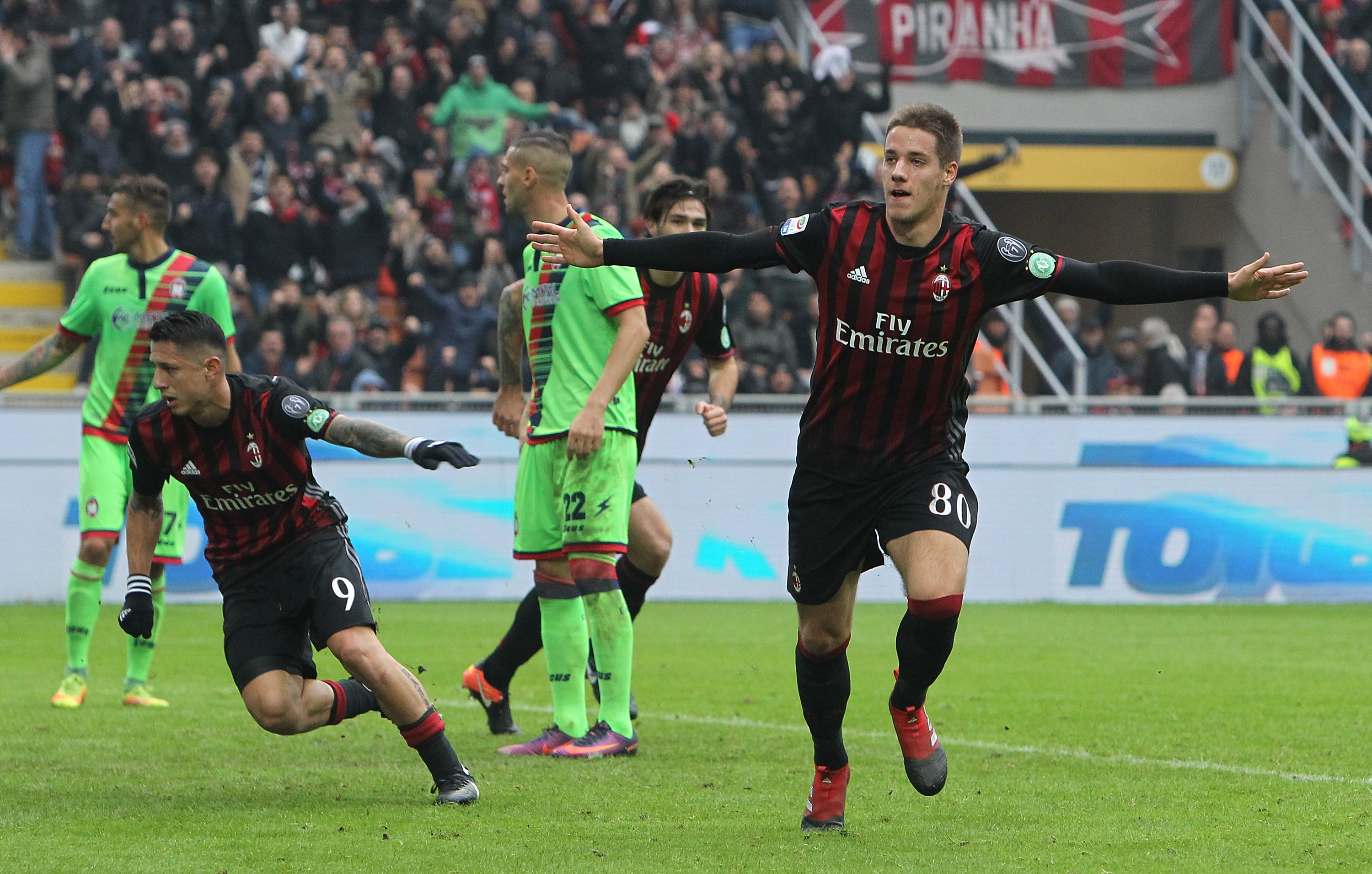 On Sunday at 15:00 CET in the San Siro Milan will host Palermo. The island club have struggled this term, and sit second bottom. They sacked Corini in favor of Diego Lopez on the bench at the end of January, and that hasn’t changed much for a Rosanero team who seem destined for relegation. This is a must win match for Milan, who got a break last time out when Inter lost at home to Sampdoria and failed to capitalize on Milan’s slip up.

1. Milan have won 23 of the 28 home Serie A encounters against Palermo, outscoring them 67-20 in the process.

2. Palermo, shockingly have changed managers more times than they have won matches this season. They’ve had four different men in the dugout to just a mere three victories this campaign.

3. Palermo are the team to have lost the most points from winning situations this season, with 31 points lost. 18 away from home.

4. I Rossoneri have won their last four matches in a row against the Sicilians.

5. Palermo haven’t won an away match since 18 December (Genoa 3-4 Palermo) and have only avoided defeat once (Palermo 1-1 Sampdoria) in their last 7 matches.

For the hosts, Suso looks set to return from the injury he suffered against Chievo and jump straight into the starting lineup for Montella, replacing Ocampos. Donnarumma, despite his mistake last time will continue in between the sticks.

The lack of a real captain was a problem in Pescara, and Paletta will be relived of his duties as De Sciglio will return to right back and Zapata partnering Romagnoli in the middle. Vangioni holds onto his left back spot. Kucka and Locatelli will come into the midfield trio along Pasalic, who keeps his spot. They replace Mati Fernandez and Sosa respectively. Mati couldn’t replicate his fantastic performance from the Genoa match, at the Adriatico in Pescara. Suso will return to the squad, along side Bacca and Deulofeu in attack. 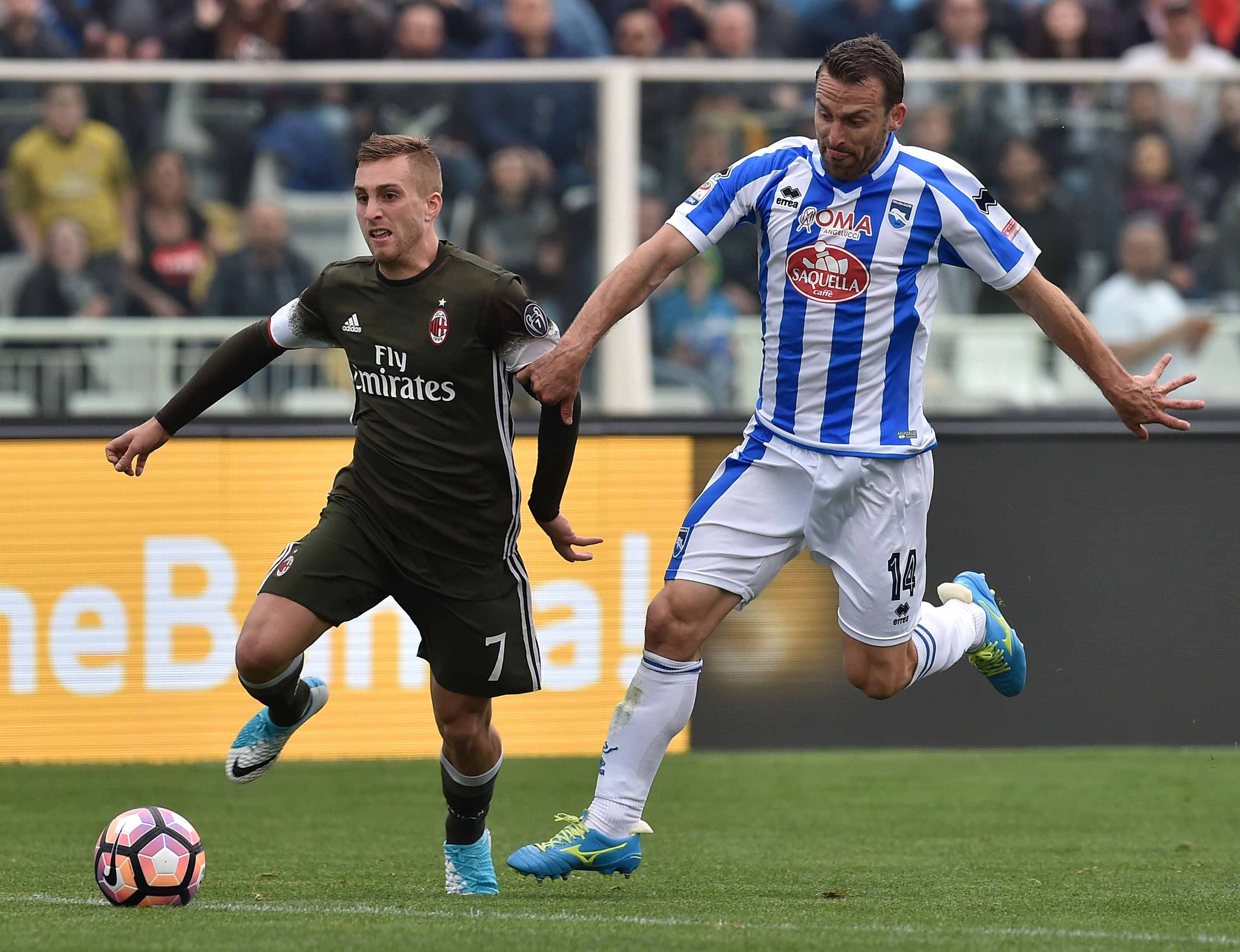 For Palermo, they look set to stick with their 3-5-2. Youngster Fulignati will start between the posts with Gonzales, Vitello, and Goldaniga ahead of him. The three central midfielders will consist of Chochev, Gazzi and Henrique, with Pezzella and Rispoli on the flanks. Two Macedonians will spearhead the Palermo attack. Their names are Trajkovski and Nestorovski.

For Milan, keep an eye on the attacking trident, Suso in particular. It will be interesting to see how Milan’s top assist-man this season gets on after coming back from injury, and with Inter the following week in a massive derby. Bacca is always one to watch. He either turns up and hits a hat trick like he did against Torino, or does absolutely nothing. Deulofeu, like usual. He is tricky, and fast. The two most important attributes a winger can have, although he can be a bit selfish at times. 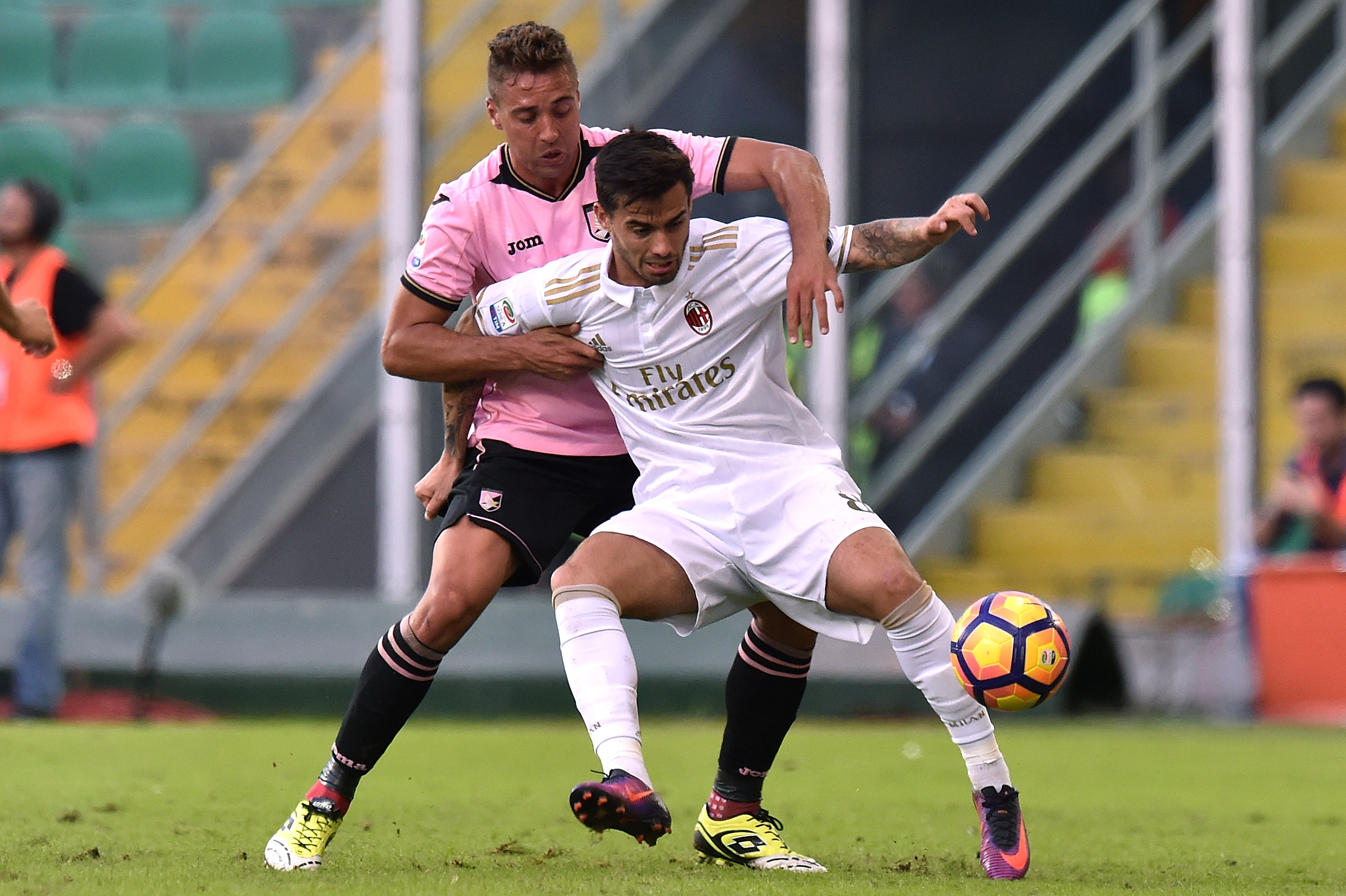 The obvious player to watch in a Palermo jersey will be Nestorovski. He is by far Palermo’s stand out player in a disappointing season. He has managed ten goals this season, and scored a brace against the Italian national team in a World Cup qualifier recently. The Macedonian is also the third most fouled player this season. Chochev will also be a threat for the visitors, the Bulgarian has played a part in two of the last three goals for Lopez’s side.

The first time these two teams met this season, Suso gave Milan the lead with a good strike after a Posavec mistake in goal. Nestorovski then equalized for the hosts, after being played through 1v1 with Donnarumma.

Milan however took all three points when substitute Gianluca Lapadula scored a backheel eight minutes from time. That was after the young Croatian in goal for Palermo had preformed multiple miracles to deny Suso. Montella’s men ran out 2-1 winners from the ‘Barbera’.