Milan are hanging onto their spot in the Europa League by a thread and the match Sunday night against Roma could be decisive in their inclusion.

After a disappointing draw at Crotone last time out, Milan welcome top contenders, AS Roma, to the San Siro for a chance at redemption. Milan lost the reverse fixture 1-0 and have only found victory in one of their last five games.

A much needed win will not see the Rossoneri move any spots up the table but will secure the Europa spot for one more week. 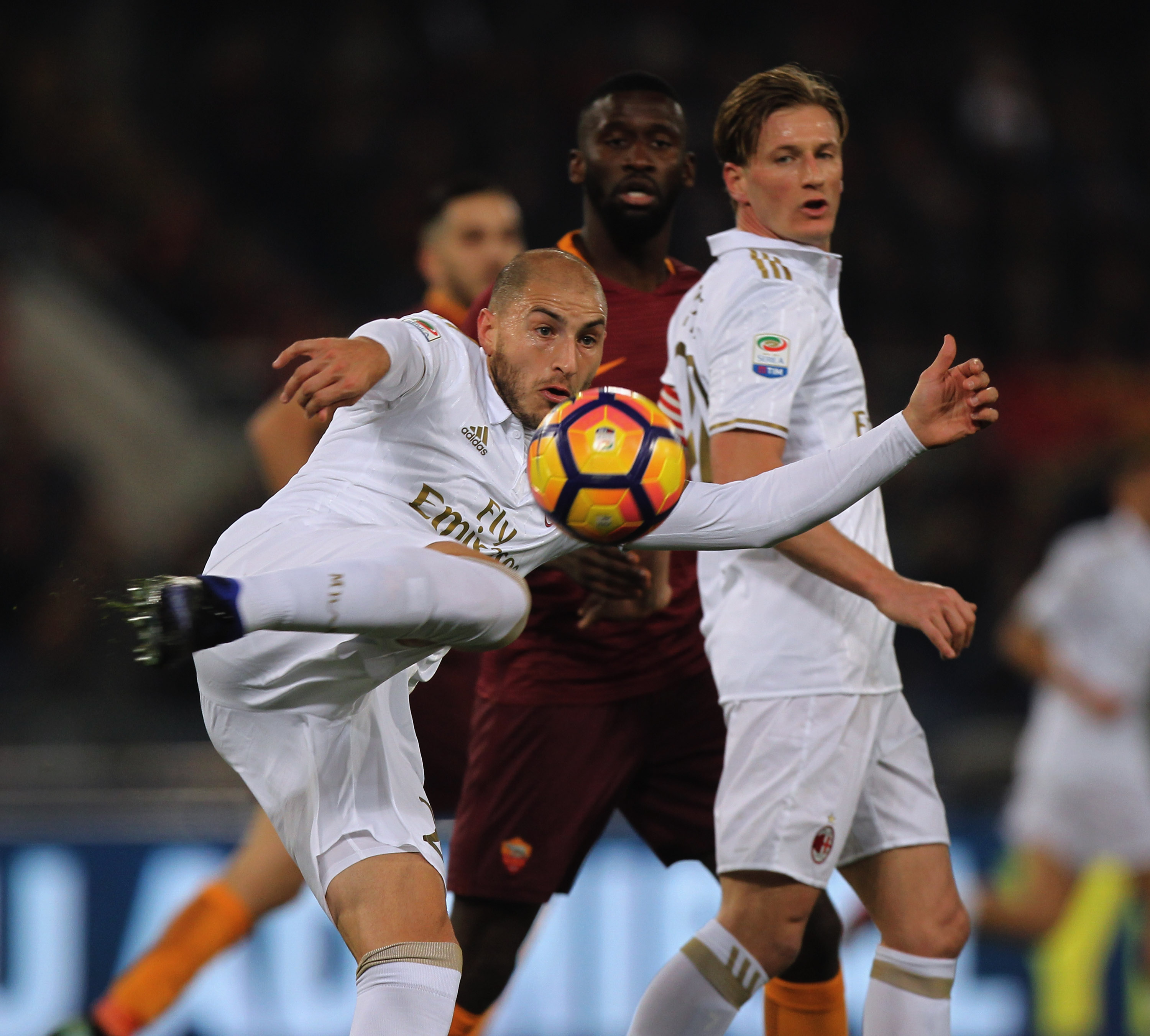 1. Milan’s last Serie A victory over Roma came back in May 2015 – goals from Van Ginkel and Destro securing a 2-1 win over the Giallorossi, who replied through a Totti penalty.

2. Francesco Totti has scored 8 goals in 37 Serie A appearances against Milan.

3. Milan lost the corresponding fixture (1-3) last season: Carlos Bacca grabbing a consolation after Roma had stormed into a 3-0 lead courtesy of strikes from Salah, El-Shaarawy and Palmieri.

5. Roma have scored more Serie A penalties (11) than any other team in the top-flight; Diego Perotti with 7 goals from the spot.

6. Roma have won their last three away games by a three-goal margin (v Palermo, Bologna & Pescara); no Serie A side have more games by 3+ goals in 16/17 than the Giallorossi (9).

Romagnoli missed the last game due to injury and signs point to him missing the big one. This is a huge blow to Milan as Alessio is without a doubt the best defender on the squad.

Roma will look to strike fast and hard with a forward heavy formation. 4-2-3-1 with former Milan wonderkid, Stephan El Shaarawy in the triplet of attacking midfielders. Next to him will be Nainggolan and Salah with Dzeko up top. 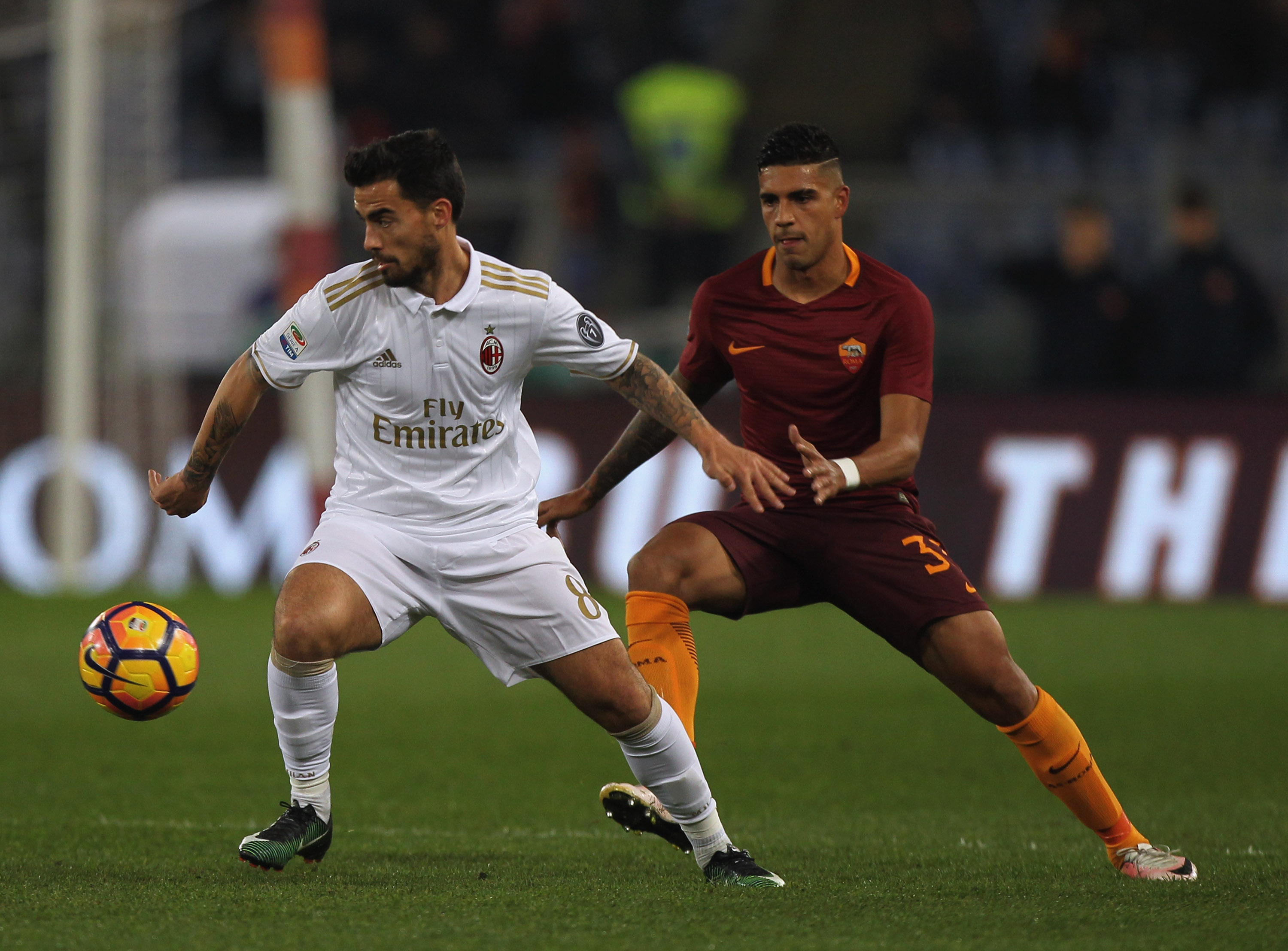 The easy choice from the Milan side is teenage-phenom Gianluigi Donnarumma. Roma has a powerful strike force and overall one of the best sides in Serie A for years running. Expect Gigio to be tested on Sunday and look for the incredible saves that are likely to come.

On the Roma end of the pitch, keep a watch on Radja Nainggolan. Radja is without a shadow of a doubt, the best midfield player in the entire peninsula. Capable of doing anything at anytime; he is one of the biggest game-changers in the sport and will do everything to ensure a Roma victory Sunday night.

As we know, the reverse fixture was a win for the capital club. The Romans were capable of only one goal but that was enough to finish off a confident Rossoneri side that looked to be the better of the two. M’baye Niang would miss a penalty early on which proved fatal as Nainggolan blasted home a wonderfully curled shot from outside the box.

This game was dubbed the battle for second place as at the time both teams were tied on points in second place.