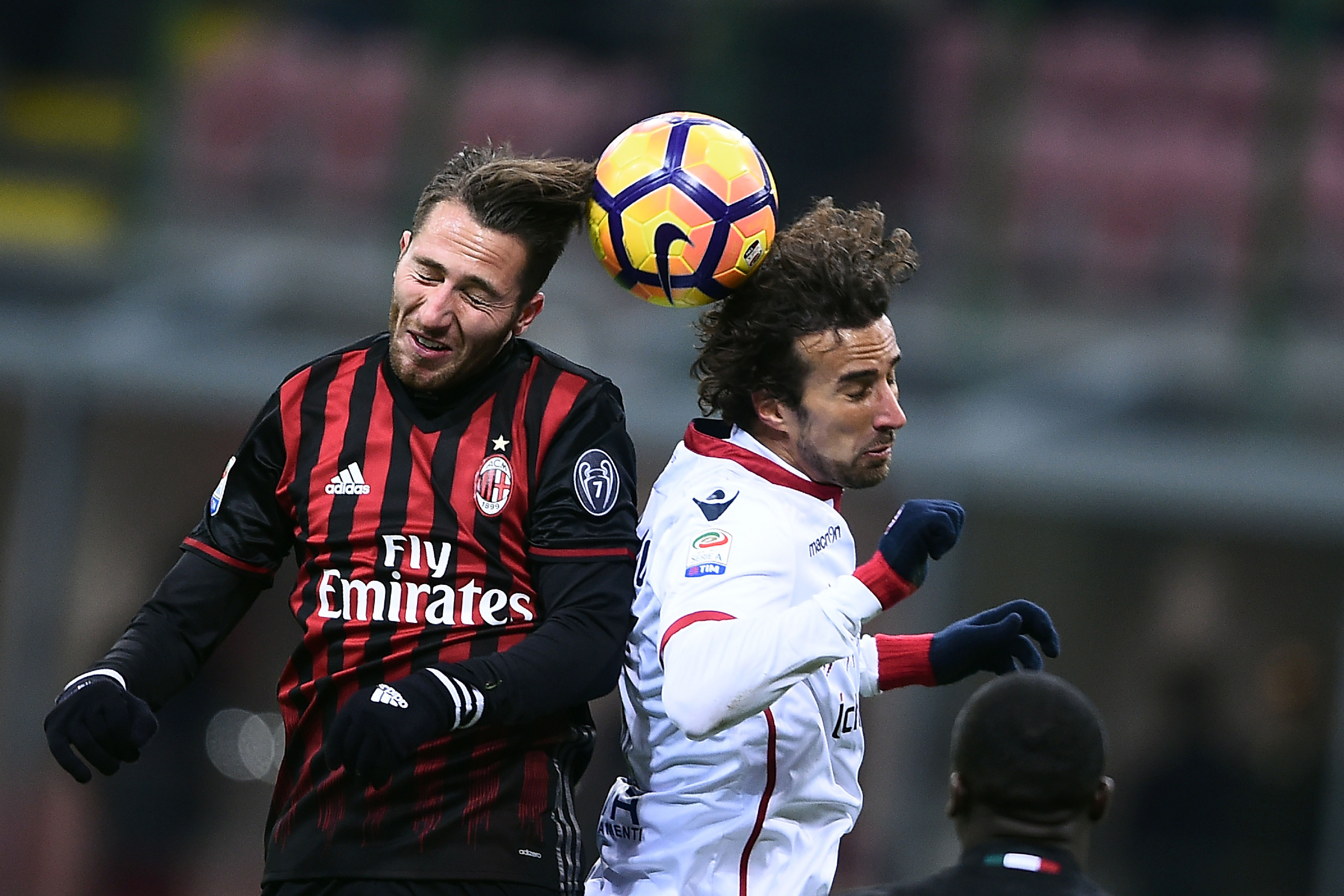 Preview: Serie A Round 38 – Cagliari vs. AC Milan

It had been five long years since Milan last secured passage into Europe, a streak finally broken following Sunday’s result.

Milan will travel to the island of Sardinia for the final match of the season for a game that means almost nothing to either side. The hosts Cagliari are comfortably mid-table, while Milan have secured 6th place with one matchday to go.

Last Sunday Milan defeated Bologna at the San Siro 3-0 courtesy of goals from Deulofeu, Honda, and Lapadula, whose trio of second-half strikes put any chance of a shock result to bed. I Rossoblu suffered a second straight blowout in the fixture, coming off of the receiving end of a 6-2 thrashing courtesy of Sassuolo.

1. In the first match these two teams faced off this season, Milan’s 1-0 win sparked their worst run of Serie A form this season, winless in 5, collecting only one point and losing four on the trot. 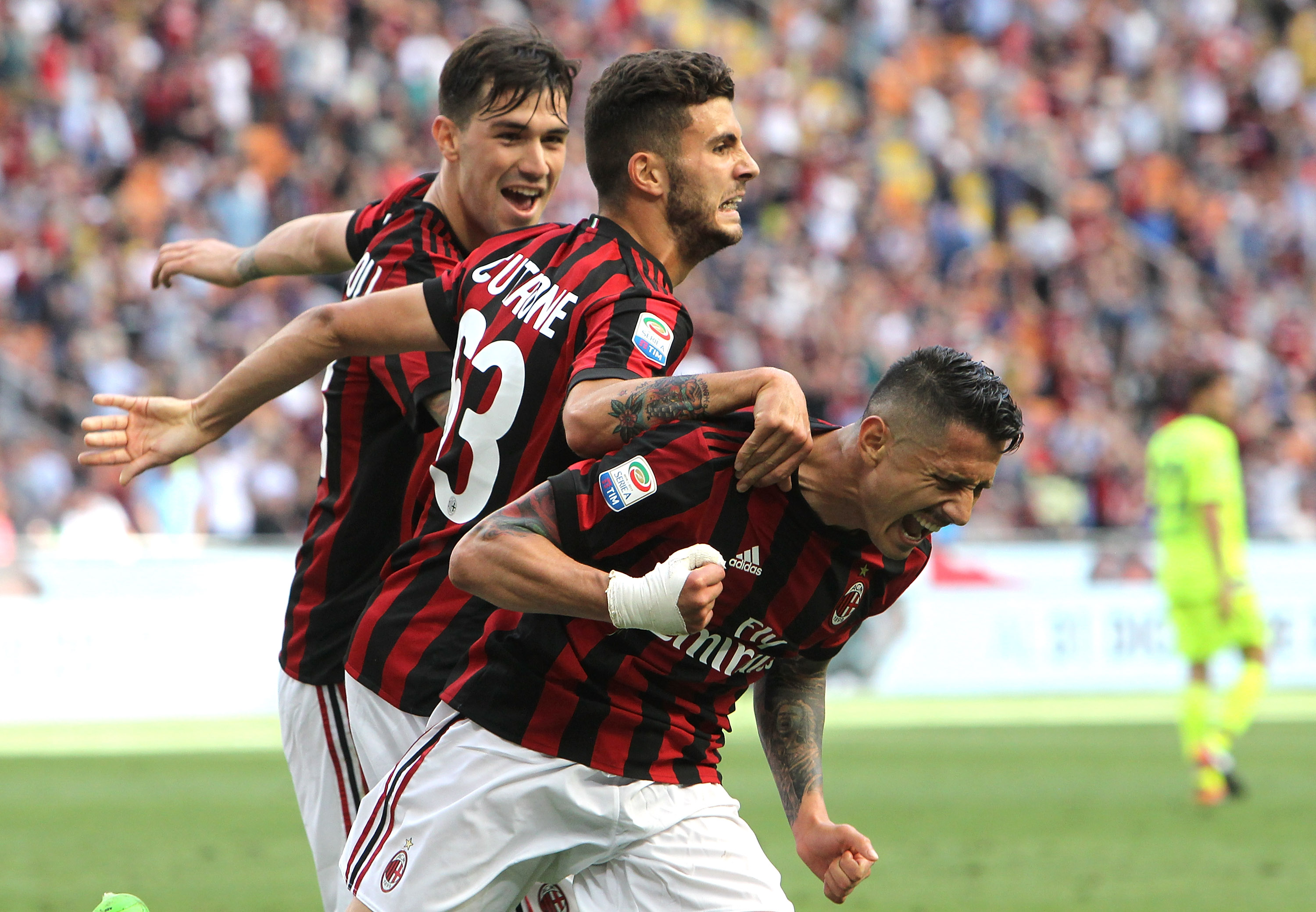 3. Only Pescara (79) and Palermo (76) have a worse league defence than Cagliari, who have conceded on 75 occasions.

4. Cagliari have failed to beat Milan in their last 27 meetings, mustering just 6 draws.

5. Cagliari have only ever beaten i rossoneri two times. Both wins were by a 1-0 scoreline for the Sant’Elia club.

6. Milan, are one of only five teams this season to not have a striker (Bacca, Lapadula) on ten or more goals this season (excluding penalties).

With this match for just basically being a “competitive friendly”, you can expect a rotation from Vincenzo Montella in the red and black dugout.

After a debut last match, Patrick Cutrone could possibly start the match. Romagnoli may return to the bench after not being fully fit the last two outings against Atalanta and Bologna. Mati Fernandez put in a fine showing from the bench last game, assisting two goals which earned him the man of the match award, yet Montella doesn’t seems set to start the Chilean maestro.

Journeyman Marco Storari could replace Donnarumma in between the sticks for his season debut, against his former employers. However, La Gazzetta dello Sport suggest that there won’t be a change in goal. Suso will also now be at Montella’s disposal after serving his one match suspension against Bologna last week. Bacca was replaced by Honda last time out, and the subject to boos from the Milan faithful, he won’t be expected to play from kickoff. 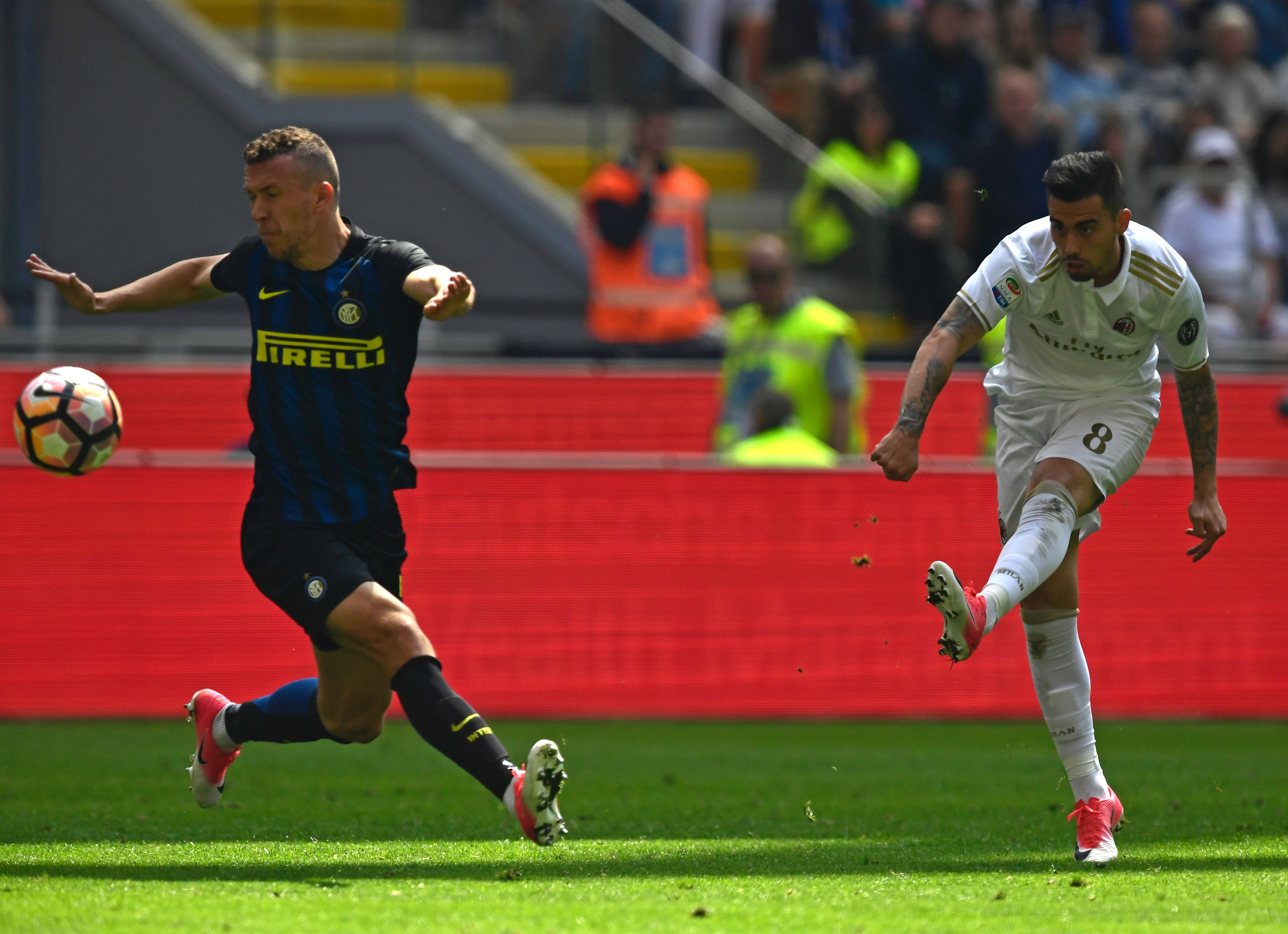 As for the hosts, Bruno Alves, Maurico Isla and Marco Sau are all suspended.

Ex-Milan men will be part of the red and blues spine, with Bartoz Salamon in at centre-back and Marco Borriello spearheading the attack. Current on-loan Milan goalkeeper Gabriel will continue on the bench.

Cagliari have a whole host of attacking talent with Farias, Pedro, and Borriello all capable of finishing off an attacking move, in fact the former has 16 goals this season, and Cagliari have only scored three goals less than Milan’s 56 this season.

Joao Pedro is a very, very good, tricky player to defend, no wonder he is Brazilian, the same goes for his left-sided partner Diego Farias.

If youngster Cutrone can get some minutes for the visitors, he is the main player to keep an eye on. He only played 6 minutes against Bologna, but it was a lively debut from the academy product. You may also want to keep an eye on Gustavo Gomez. The Paraguayan, when called upon has hardly put a foot wrong. Gomez was sensational against Bologna and even found time to pull off a Ronaldinho type skill move, not too bad for a center half! 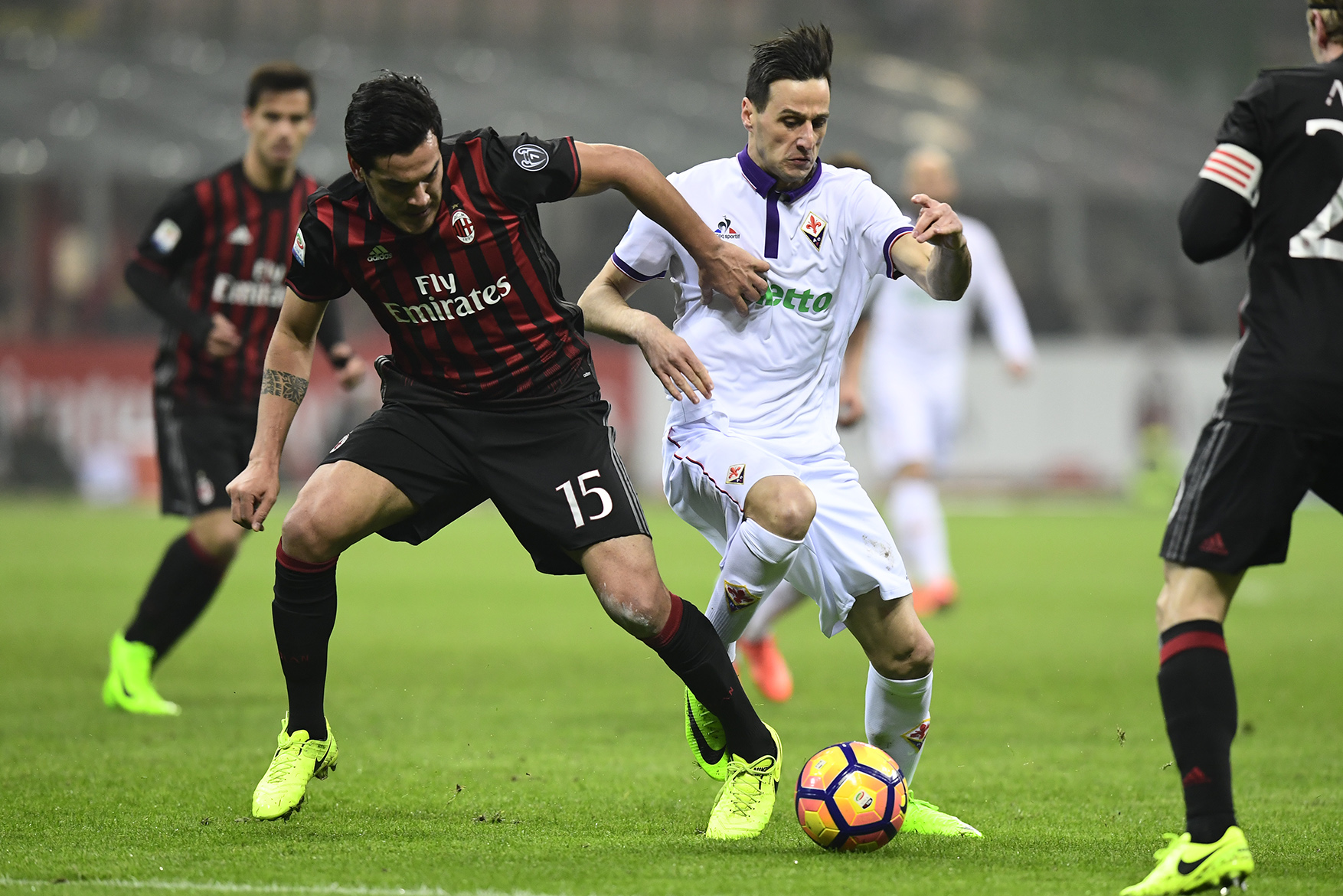 Gerard Deulofeu and Suso may have lots of joy down the flanks for Milan, as mentioned before that their opponents aren’t very good defensively. Especially the former, due to his incredible velocity.

The opener of 2017, in what was the reverse fixture between these two teams was not one for the record books, but Milan came out with a scrappy 1-0 win nonetheless. After what was a boring game in truth, Lapadula poked the ball through to Bacca who finished from close proximity to Rafael’s net. Deep into stoppage time, Alves was sent off for hauling down Bacca who was clear through on goal. 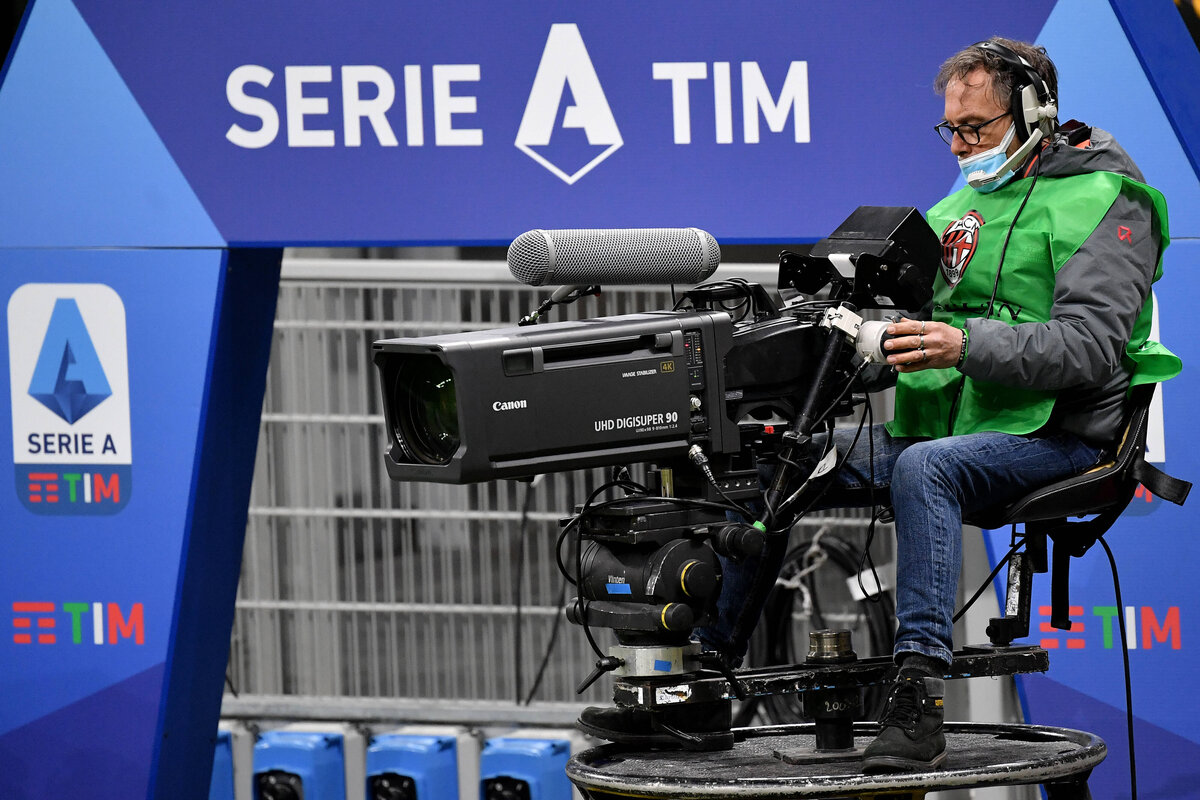