Preview: Serie A Round 7 – AC Milan vs. Roma

AC Milan are gearing up to take on AS Roma at home in what will be the Rossoneri’s biggest test of the season so far.

After failing to beat Rijeka convincingly, conceding two goals in the latter stages of the game, Milan (and Montella) will be looking to really prove themselves against Roma with a win.

In fact, Milan have not lost a home game so far this season, which is a run that they will like to extend. However, last time they did lose at San Siro, Roma came to visit.

Montella didn’t rest many players against Rijeka, as only Rodriguez, Biglia, Kalinic and Suso were benched on Thursday evening.

With that said, Montella is expected to field his best possible eleven on Sunday evening, with Andre Silva finally getting the chance he deserves after scoring a stunner against Rijeka. 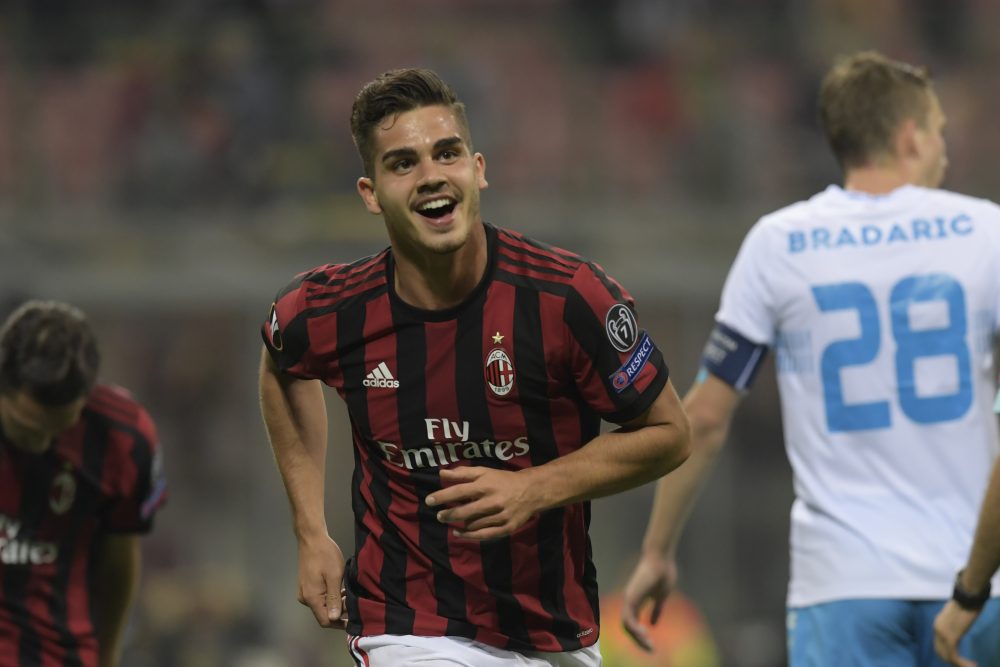 It seems Montella finally has decided to stick with the 3-5-2 formation, which he confirmed at the pre-match press conference. A good decision by the former striker, as Milan are in desperate need of stability.

The back-three is set to consist of Musacchio, Bonucci and Romagnoli, just like against Rijeka. Arguably Milan’s best defensive trio.

Three changes change are expected in the midfield with Biglia and Rodriguez returning to the starting eleven, while Borini will switch to the right-hand side, placing Abate on the bench.

Andre Silva will most likely partner up with Kalinic up front.

AS Roma have got off to a good start under their new manager, Eusebio Di Francesco, losing only one of their first five games. That loss came at home against their former manager Luciano Spalletti, now the manager of Inter.

Even though they sold the likes of Salah, Paredes and Rudiger this summer, they’ve managed to lock down Nainggolan and Dzeko while bringing in Kolarov, Pellegrini and Schick.

As mentioned earlier, Milan faced HNK Rijeka in the Europa League on Thursday. What seemed to be an easy win, when Milan were up 2-0 in the 80t minute, almost turned into a nightmare as Rijeka equalised in the 90th minute.

However, Borini found Cutrone in the 94th minute with a brilliant pass and the youngster made no mistakes. The game ended 3-2, perhaps not the best of results.

As for Roma, they played Qarabag in the Champions League on Wednesday night. Two early goals were enough as Roma beat the hosts 2-1.

Last time these two teams faced each other, Roma beat Milan by four goals to one at the San Siro.

Just like in our last preview, Andre Silva will without a doubt be a key player for AC Milan. The young Portuguese really used his pace, strength and finishing against Rijeka, scoring a stunning goal in the opening stages of the game.

It will be interesting to see how he and Kalinic will link up, which we got a taste of in the Europa League game against Austria Wien, where they both played from start. Andre Silva scored a hat-trick in that game and when analysing the game, it was clear that Kalinic made a few great runs to open up space for Andre Silva.

Hopefully, we can see more of this intriguing partnership on Sunday.

As for the opponents, Edin Dzeko will be the man to keep an eye on. As already mentioned, the Bosnian has scored six goals in five games and if Milan want to claim all three points, they will have to shut down Dzeko completely.

It will be a tough game for Montella’s men, who are lacking a bit of confidence after a few poor performances lately. Therefore, it’s hard to predict as we don’t know where the Rossoneri players stand mentally.

However, this should be a win for Roma, as they’re clearly the better side as of now. With that said, it’s important to not underestimate Milan at the San Siro, where they haven’t lost so far this season.