The Rossoneri return to European soil for their final preseason match. Their last test before the Serie A season commences will be against three-time defending European champions Real Madrid in the Trofeo Bernabéu.

AC Milan will be looking to end their preseason in the best way when they take on the European giants. It should also be the debut of their new striker, Gonzalo Higuain.

According to the MilanNews.it, it seems like Gonzalo Higuain will make his Milan debut from the start of the match. Another newcomer that could receive their debut in the famous red and black kit is Mattia Caldara.

The defender was part of the exchange that sent Leonardo Bonucci back to Juventus, and he looks set to start from the bench, but could be brought on as a substitute. Mateo Musacchio is expected to start alongside Alessio Romagnoli.

Davide Calabria is expected to keep his position at right-back, while Ricardo Rodriguez is the favourite to fill in at left-back.

In midfield, Franck Kessie will once again start and Hakan Çalhanoğlu is likely to join the Ivorian in the midfield. Lucas Biglia will be making his return to the pitch as well. The Argentine did not join the team in the United States due to his participation in the World Cup, so this will be his first piece of action with the squad for the upcoming season.

In attack, as mentioned, Higuain is likely to start at the striker position, while Suso will take his spot on the right-wing. Fabio Borini should round out the starting eleven on the left-wing.

Milan played Barcelona in their final match of the International Champions Cup. It was not a great performance by any stretch of the imagination, but the Rossoneri were victorious thanks to a late Andre Silva winner. They won the match 1-0 and left the United States with a victory in hand.

Real Madrid, meanwhile, beat Roma 2-1 in their last match which was also part of the ICC. Gareth Bale was in fine form for Los Blancos, as he scored a goal and assisted Marco Asensio for another.

If Higuain does indeed start from the beginning, then there can only be one key player for the Rossoneri. It is a highly anticipated debut as El Pipita has brought a massive amount of excitement around the club since his arrival.

The friendly match will provide a little sample of what it’s going to be like when Higuain receives those great balls in the box from Suso and Calhangolu. The Caldara-Romagnoli partnership will also be something to watch for in the defence. 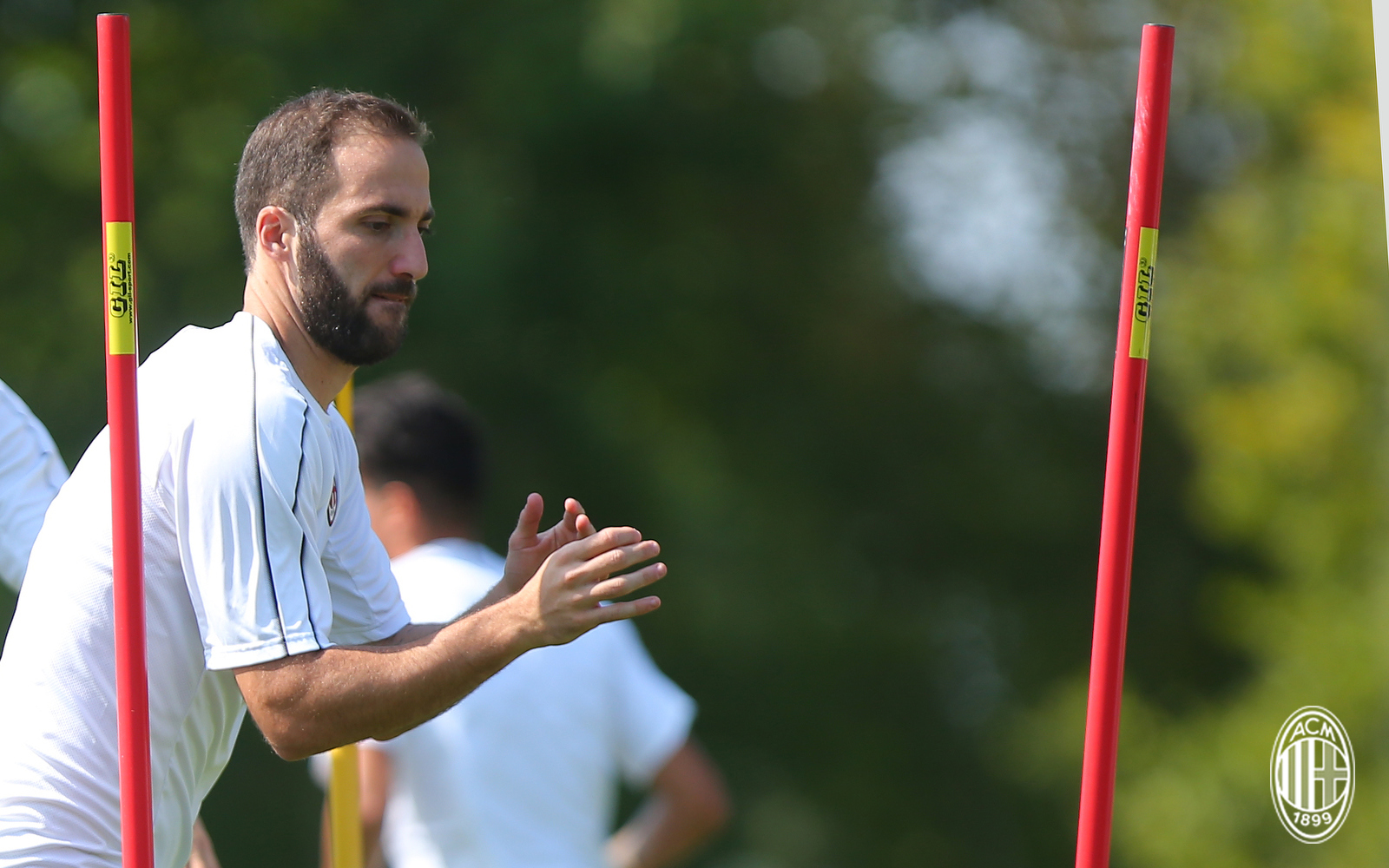 As for Real Madrid, Gareth Bale will be one to watch for again. Bale is looking to become the star and attacking leader of the squad following the departure of Cristiano Ronaldo to Juventus. The Welsh player has been in fine form during this preseason and will want to continue to impress his new manager and the home fans.

It is always difficult to predict friendly matches due to the number of substitutions. Both teams will want to impress as Milan are ready to begin their season next Sunday on August 19th, while Real Madrid are set to play city rivals Atletico in the UEFA Super Cup on Wednesday, August 15th. Expect a fun atmosphere and a draw that will be decided on penalties.