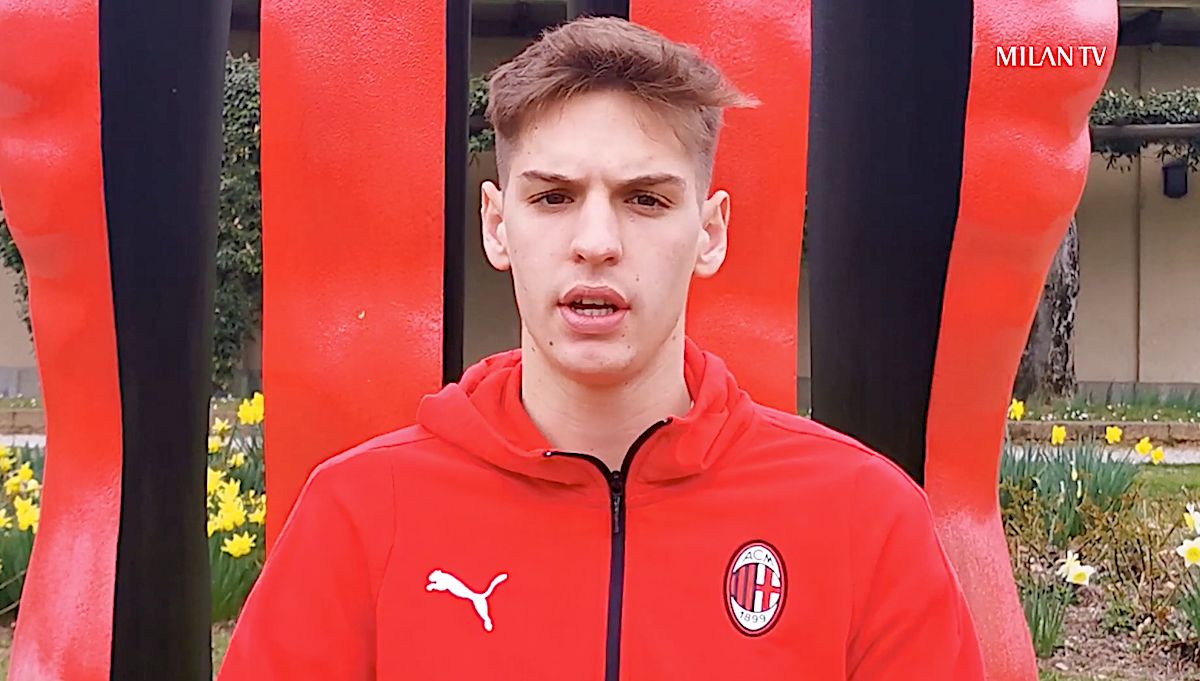 AC Milan Primavera star Giacomo Olzer has revealed that joining the Rossoneri’s youth system was a choice dictated by being a boyhood fan of the club.

Having made his senior debut against Torino already, it seems the club are well aware that the future is bright for the 19-year-old, who has six league goals for the Primavera in 11 appearances.

Olzer spoke to Milan TV and began by discussing the target for the rest of the season, with his words transcribed by MilanNews.

“It was a good first round, we could certainly have done better and above all in some matches in which we lost fundamental points to be in the very first positions. We can still fight to go to the Playoffs, which is our goal this year. Even with the fact that we will play one game a week we will be able to better prepare the games and improve many aspects, as it was not possible to play every three days,” he said.

On the target for the season: “There is a lot of balance, the table is very compact. We are in a position where we could be masters of our destiny, but being Milan a noble club we have the duty to look at the very first positions, aiming for the playoffs – something that we can certainly achieve as a team.”

On what has been demonstrated: “Even in the first part of the season we showed that we could play with everyone and we have great motivation to do well this year, especially to redeem ourselves from last year.

On Roback: “He is very nice off the pitch and is good for the group, he’s a playful but very serious player. On the pitch he’s a good element, he has room for improvement and he’s strong in one-on-one. I always try, even when it’s open on the other side of the field because I know it’s stinging.”

On the season: “We weren’t the only team to play every three days, but some had the advantage of having played far fewer games than us. We prepared well during the two months off, we worked hard on the physical aspect. Now that we have the space to train during the week playing every weekend it will certainly be much better.”

On his debut against Torino: “I will not forget that evening there for a long time. I will bring me the experience of playing with the greats and also motivation. The fact of playing with them makes the team seem much closer and therefore you get a lot of motivation both in training and in the match. Work hard and give your best.

“I realised on my debut in the Coppa Italia that 15 minutes with the big players seems like an eternity from the Primavera. Physically they are strong, and that’s what I want to improve.”

It was reported recently that Barcelona and Juventus both wanted to sign Olzer from Chievo where he was employed as a centre-forward due to his powerful physique.

On that decision, and on his future, Olzer added: “I hope to stay in this club for a long time and to enter the senior side. When I chose Milan six years ago, I chose them out of heart as I have been a Milan fan since I was a child.”