Despite having such a red-hot start to the season, it would be fair to say that Piatek is still somewhat of a relatively unknown quantity in Serie A – so what can Milan fans expect?

The journey so far

Piatek was born in Dzierżoniów, Poland, back in July 1995 – and spent the majority of his youth career with local side Dziewiątka Dzierżoniów before moving to the youth set up of rivals Lechia Dzierżoniów in 2011.

He spent two years with Lechia before he started training with Ekstraklasa (Poland’s top division) side Zagłębie Lubin, where he established himself as a starter by the end of his first season in 2013-14.

Piatek would go on to net 18 times in 85 appearances in all competitions for Lubin before earning a big move to powerhouses Cracovia. He hit the ground running there too, scoring 11 league goals in his first season and 21 in his second, the third most in the Ekstraklasa in 2017-18.

Success domestically brought Piatek to Italy, signing a four-year contract with Genoa for a reported fee of €4million last June. He hit the ground running, scoring four goals on his competitive debut for the club – including a hat-trick in the opening 19 minutes – against Lecce in the Coppa Italy.

Piatek would become the first player since Gabriel Batistuta in the 1994–95 season to score in each of his first seven Serie A appearances, and his record of 19 goals in 21 appearances thus far for the Grifone is simply outstanding.

As so many of the Rossoneri’s No.9s have been in the past, the 23-year-old’s primary asset is his positioning and predatory instinct.

Considered an out-and-out centre-forward – ideal for Gennaro Gattuso’s 4-3-3 system – Piatek is a physical player who is both good in the air and deadly with the ball on the floor.

Movement is also a real strength that the 6ft forward possesses, and he is not frightened to shoot from any range. In addition, his play with his back to goal is selfless; always looking to bring team-mates into play with the right pass.

Piatek is predominantly right-footed, and as can be seen from the video below he has a particular eye for finding the bottom corner.

“I am struck above all by his generosity towards his team-mates. He holds the ball up, he looks for the pass in behind, he runs, he battles and he’s the first to track back,” he stated.

Overall, this represents a fantastic piece of business by Leonardo and the Milan board. A lot of this transfer has hinged on the future of Gonzalo Higuain, who seems like he simply doesn’t want to be at the club anymore, but credit must be given to the Rossoneri hierarchy for identifying the ideal replacement and acting quickly.

The Diavolo will save a lot of money compared to if they had opted to purchase Higuain in the summer when wages are taken into account, and what Milan are acquiring is simply put one of the most in-form strikers of the 2018-19 season so far. 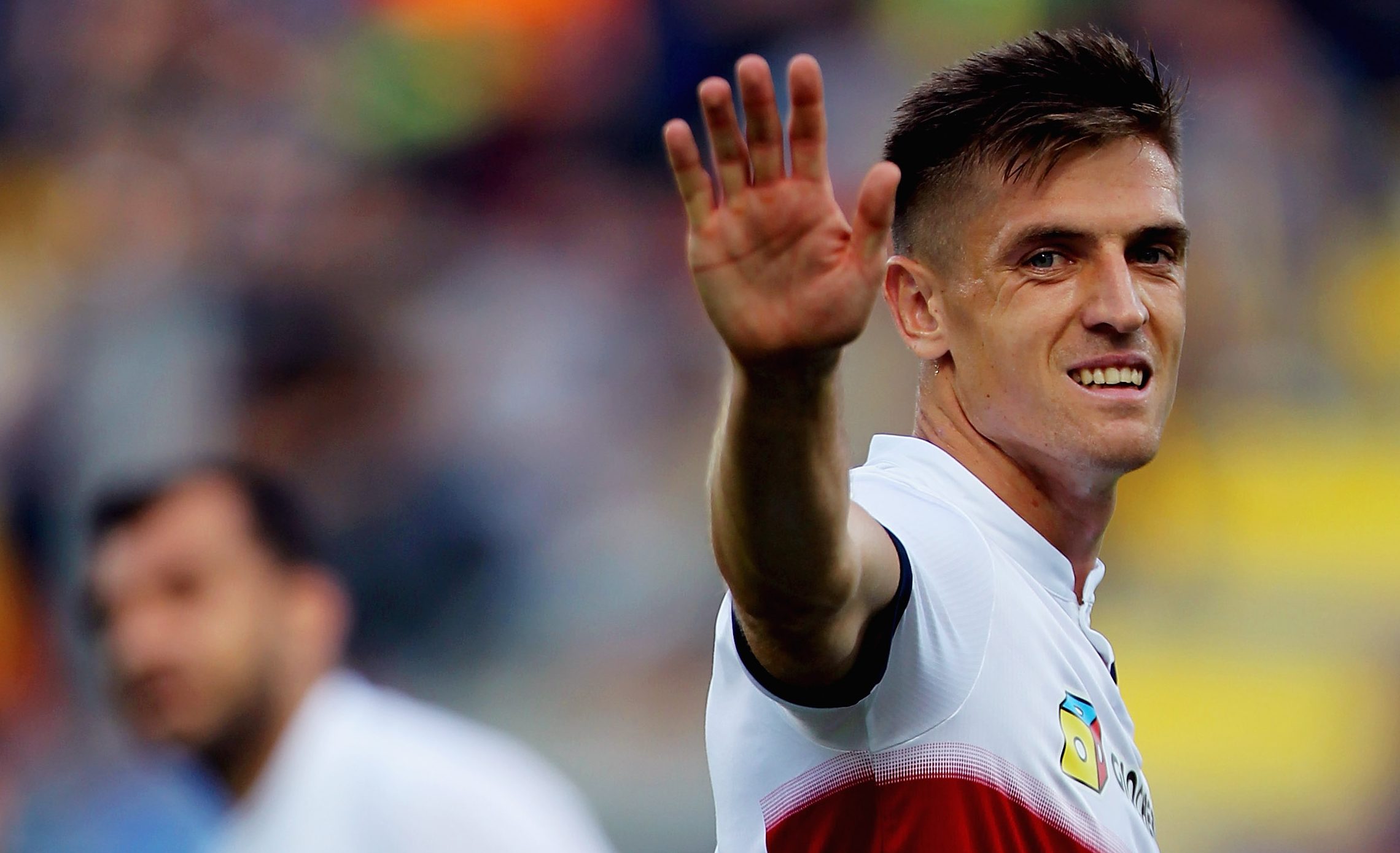 The names Leonardo Pavoletti and Andrea Belotti will of course be familiar to Serie A fans with regards to players who had an amazing season and never really kicked on, but there is a good feeling that this won’t happen with Piatek.

He is also yet another welcome addition to a fantastic young core which includes fellow striker Patrick Cutrone, along with the likes of Suso, Franck Kessie, Tiémoué Bakayoko, Davide Calabria, Mattia Caldara, Alessio Romagnoli and Gianluigi Donnarumma.

Now, we wait for his official unveiling, and his potential debut against Napoli at the weekend.