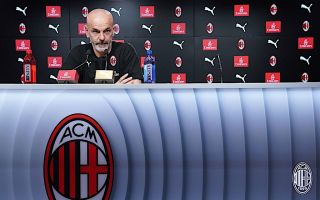 AC Milan will head into the summer with plenty of work to do if they are to return to the upper echelons of Serie A.

Milan haven’t won the Italian title since 2010-11, while their last success in European competitions was 13 years ago.

For a club rated as one of the biggest in the world, those statistics are a damning indictment of how far things have fallen in recent years.

Read on as we look the latest state-of-play in Milan and assess some of the key issues they need to address this summer.

Another frustrating Serie A season

With two games remaining Milan know they can finish no higher than fifth in Serie A and that will represent another disappointing season.

The team were written off by major sportsbooks in Europe prior to the start of the campaign and their prediction has proved to be bang on the money.

However, there are reasons to feel positive about the future – a point demonstrated by a 10-game unbeaten run since the season resumed.

Their 24-point tally during that period would be enough to challenge for the title if replicated over a full season, highlighting the potential for the future.

Time to awaken the sleeping giant?

A major source of frustration for Milan fans over the past few years has been the team’s inability to compete effectively in Europe.

Milan last won the Champions League back in 2007 and have progressed to the quarter-finals of that competition just once since then.

They will feature in next season’s Europa League and this undoubtedly represents an opportunity for the sleeping giant to awaken.

Clubs like Chelsea, Atletico Madrid and Manchester United have won the competition in recent years, proving that its prestige has grown.

A big summer ahead for Pioli

It took Stefano Pioli a little time to get to get to grips with the size of the task at Milan, but his team’s form since the restart has been hugely encouraging.

Despite this, there are still numerous areas that the Milan boss will need to address this summer if his team are to challenge for silverware next time around.

A new right-back is top of the agenda, while a top-class partner for centre-half Alessio Romagnoli is also required.

Additional depth in central midfield and also from a creative perspective wouldn’t go amiss if Milan are serious about winning trophies.

Pioli has already said that he wants to work with Zlatan Ibrahimovic again next season, although nothing has been formally decided just yet.

The veteran striker returned to Milan on a short-term deal back in January and has had a hugely positive impact on the team.

Seven goals in 16 Serie A appearances is not a bad return for Ibrahimovic, but it is influence around the dressing room that makes retaining his services such a no-brainer.

Bringing in another young forward to share the workload with the Swedish star would clearly make sense and give that player the opportunity to learn from one of the best in the business.

2020-21 Prediction: Milan haven’t finished in the top four in Serie A for the past seven years and that simply isn’t good enough for a club of their stature.

While mounting a serious challenge to Juventus is probably too much to ask at this stage, Milan should certainly be aiming to compete with the likes of Atalanta, Inter and Lazio.

Finishing in the top four should be the minimum requirement and winning the Europa League would be a sign that the club is truly on the way back.