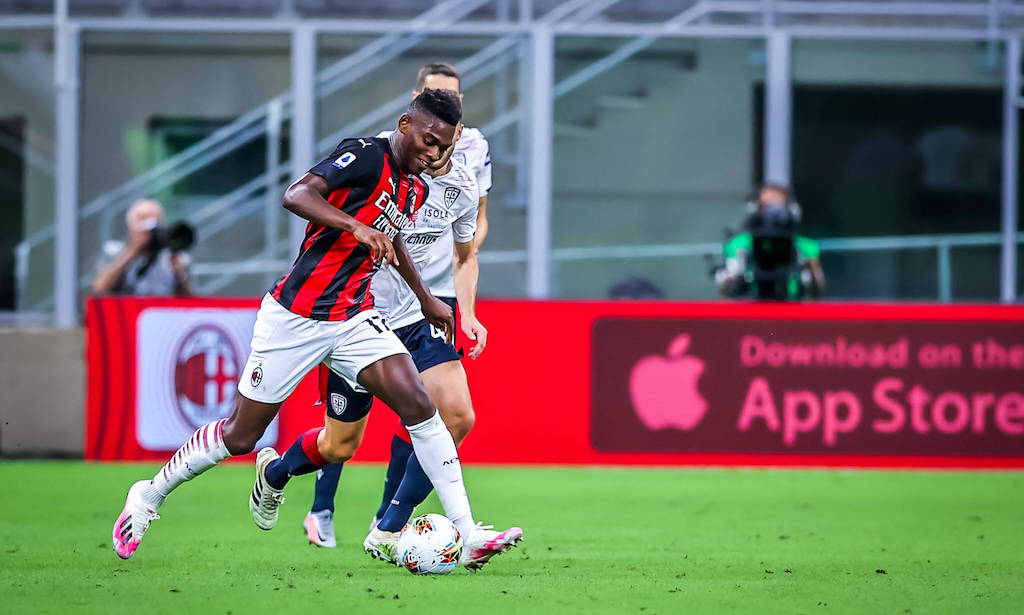 Real Madrid are preparing a ‘big offer’ for Rafael Leao in order to try and tempt Milan into selling, according to a report from Spain.

It has been a mixed first season for Leao with the Rossoneri after his arrival from Lille last year, but the Portuguese starlet did score four goals after lockdown which appeared to have secured his future at the club into next season.

Spanish outlet DonBalon reported yesterday that Real Madrid are seeking a deputy to Karim Benzema, and that they have set their sights on Leao who would be happy to join.

The media speak of a ‘big offer for the Portuguese striker’ to come, as Mariano Diaz and Luka Jovic have disappointed in Madrid and will be allowed to leave once the window reopens.

The report states that Leao has been on Real’s wish list for a while, and they are ready to test Milan’s resolve.