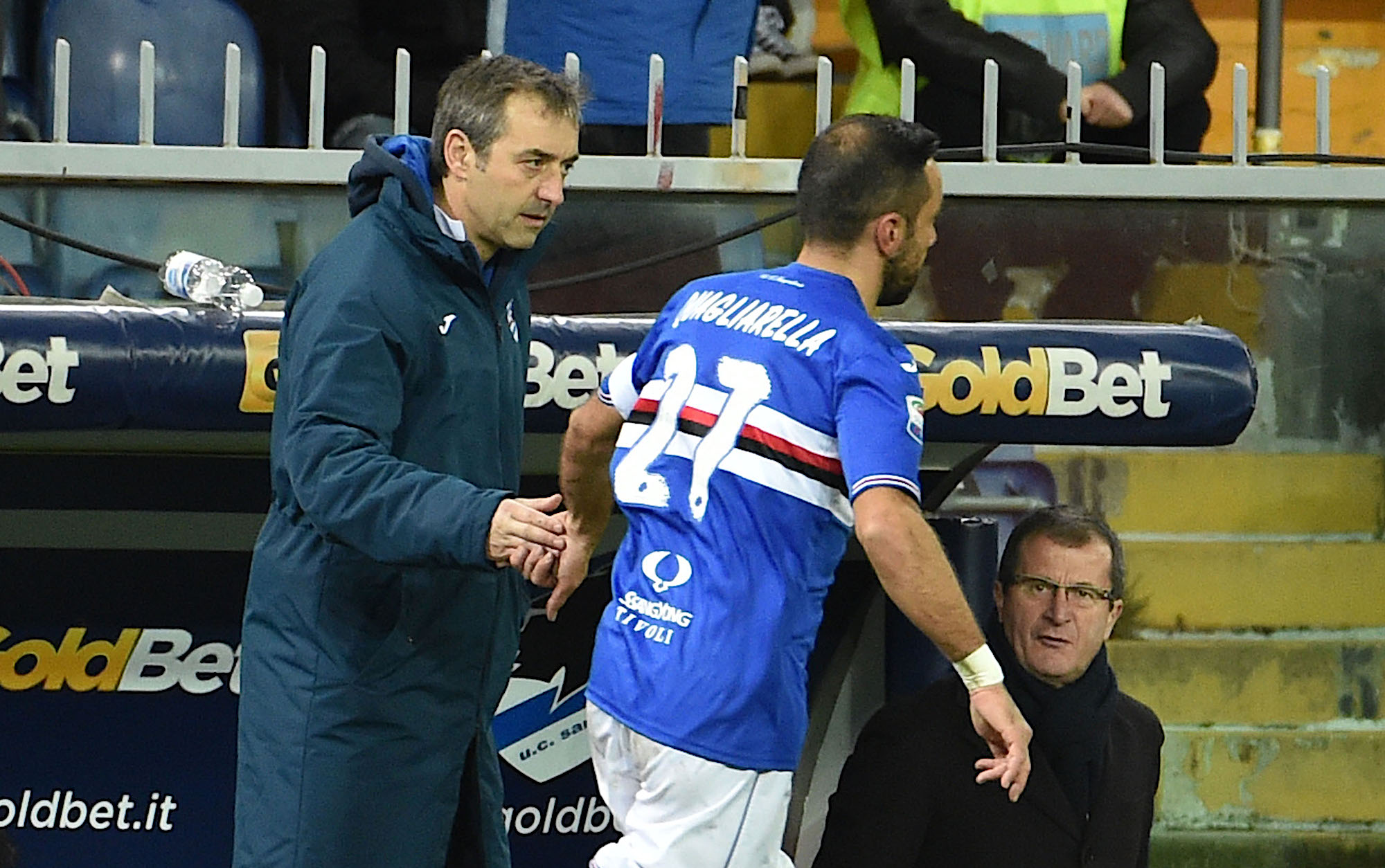 Sampdoria striker Fabio Quagliarella has compared two of his former managers in Marco Giampaolo and Antonio Conte ahead of Saturday’s Derby della Madonnina.

This weekend’s fixture between the two heated rivals promises to be an exciting encounter, with the sides sitting up the top end of the table having collected a combined 15 points out of 18.

Inter have won their first three games of the season and sit atop Serie A, while Milan have responded to their opening day defeat at Udinese by beating Brescia and Hellas Verona either side of the international break.

Saturday’s game – for which the Rossoneri are the designated ‘home team’ – will provide the first real test for both sides, with two head coaches pitted against each other who only arrived in Milano over the summer.

Quagliarella has of course worked under both Conte and Giampaolo: he scoring 14 in 67 for the former in his three years at Juve (in Serie A) and 57 in 109 under Giampaolo at Sampdoria.

However, the 36-year-old – who won the Capocannoniere last season scoring 26 goals – has revealed that his relationship with Giampaolo was far from perfect.

“Antonio Conte improves you in every regard, in terms of character and mentality, the mentality that he only wants to win,” Quagliarella told DAZN, via Football Italia.

“He tells you immediately: ‘If I lose or draw, don’t talk to me.’ He’s a winner, he has his ways and he’s tough. I can assure you of that.

“We always said: Conte lacks a Playstation-type of joypad. He dictates all the steps and gets carried away by enthusiasm, but he’s a winner and I believe that this season, Inter will be up there and cause a stir.

“Giampaolo, as a person, is much more introverted, more withdrawn: in three seasons here at Samp, we talked only 5-6 times and in fact it was me who went to talk to him.

“He always told me that everything was perfect. In terms of working, Conte and Giampaolo are similar in the sense that they leave nothing to chance.

“They control all the details and it’s those details that make the difference, they always repeat them to you.

“In terms of approach to games, they’re very similar.”