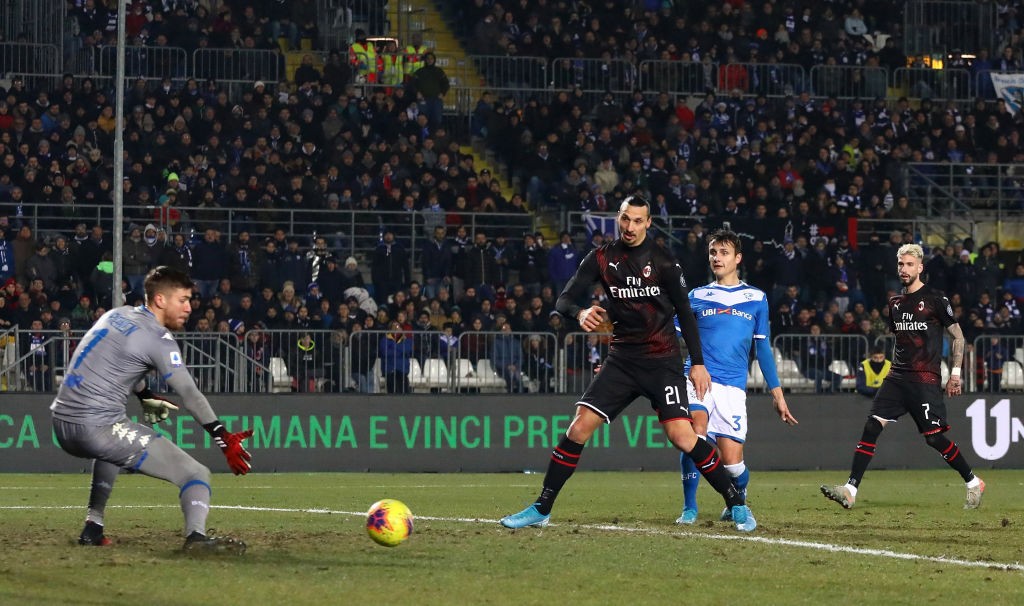 Despite being somewhat dominated by Brescia for a majority of the game, AC Milan still managed to claim all three points last night. The performance was far from brilliant, and Stefano Pioli will have some work to do.

Fortunately, Ante Rebic came up big once again, breaking the deadlock in the second half. However, the Rossoneri could have taken the lead long before that, as Ibrahimovic was handed a great chance on a silver platter.

From close range, the 38-year-old missed the target and thus squandered what was a brilliant chance to take the lead already in the first half. Certainly, Ibrahimovic will be disappointed with himself, as he usually tucks away these chances with ease.

As reported by Gazzetta Dello Sport (via MilanNews.it), Mino Raiola – who was in the stands for the game last night – commented on his client’s big miss. Of course, the agent put a humorous spin to his answer.

“I will beat him for that mistake,” he jokingly told the newspaper.