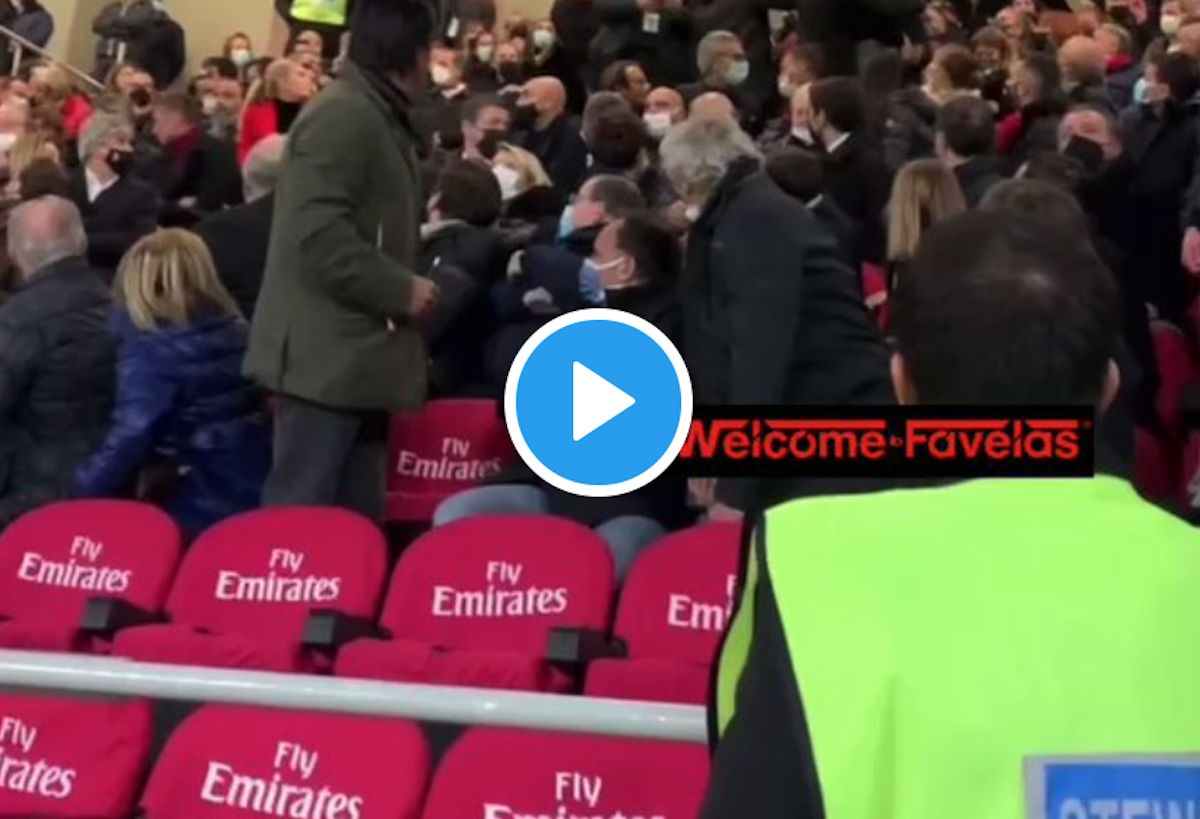 There was a tense verbal altercation in the stands of San Siro last night during the derby as rapper Ghali went after Lega party leader Matteo Salvini.

Calciomercato.com reports how Ghali stood up and fired a flurry of abuse at the former deputy Prime Minister of Italy, who remained seated raising his arms in celebration after the own-goal made it 1-1, with both of them Milan fans. This was all while Paolo Maldini invited the stewards who were intervening to ‘calm down’, and then go to reassure Ghali.

Ghali has political ideas opposite to those of Salvini and he has personally attacked him in certain songs such as Cara Italia and his remix of Vossi Bop by Stormzy, which caused Salvini to reply on Twitter: “He insults me but I don’t mind his music, is he serious?”

Meanwhile, the Lega explained: “Matteo Salvini was verbally attacked by Ghali during the first half of Milan-Inter last night. The leader of the League was in the stands with his son, and immediately after the equaliser the rapper in an evident state of agitation.

“Ghali shouted a series of insults and raving accusations about immigration – trying to film himself with his mobile phone – and was immediately dismissed, to the bewilderment of the other spectators. The Rossoneri club apologised to Salvini, who at the time had not recognised Ghali nor understood the reasons for his alteration.”