AC Milan bounced back from two consecutive league defeats with an important 3-0 win away at Genoa this evening. Junior Messias was the big hero with a brace and you can take a look at the player ratings below.

Maignan (7.5): He made two high-quality saves to preserve the clean sheet for the Rossoneri this evening and it’s safe to say he got revenge from the Sassuolo loss. Having him back between the sticks feels very good.

Kalulu (7): It was another good performance from the Frenchman who wasn’t afraid to get forward when playing on the right. He was then moved to CB, as Gabbia came off for the second half, and he did just as well there.

Kjaer (N/A): He was taken off with an injury after just five minutes and it looked very serious, as he was stretchered off the pitch. Most likely, he will miss the game against Liverpool next week which is a blow.

Tomori (7): He used his pace to win several duels and he made an acrobatic clearance to keep Milan from conceding. Just like with Maignan, it feels good to have the Englishman back in the heart of the defence.

Hernandez (7): He was involved in the third goal, sending the ball into the box, and it was a good performance from him overall. He almost got a goal himself in the final minutes after a nice run into the box.

Tonali (6.5): He fought hard and won back the ball more than a few times, but also caused some fouls. Not a bad performance, by all means, but the truth is the inner midfielders of Milan weren’t really tested that much.

Kessie (6.5): Just like his colleague, he did well and got the job done this evening. It wasn’t much more, though, which is why the rating isn’t higher. But as said, they both did well to balance the game.

Messias (8 – MOTM): He certainly got off to a rough start this season but the situation has completely turned, following the goal against Atletico up with a brace tonight. He was composed and smart on the ball, making things very difficult for Saelemaekers. 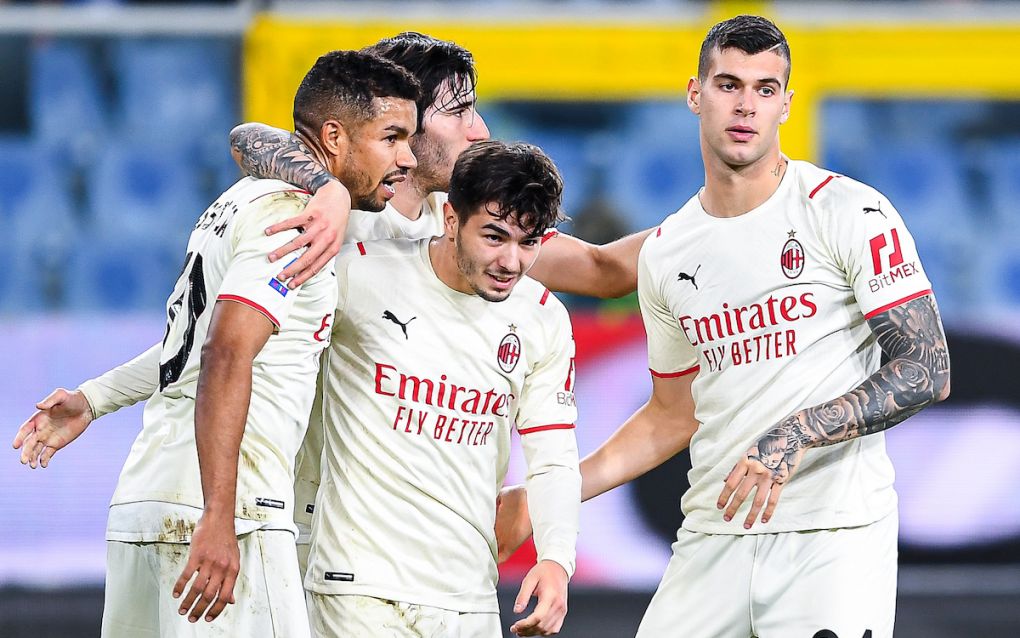 Diaz (6.5): There were a few occasions when he was outmuscled but he also had some lovely runs into the box, though lacking the final touch. However, he didn’t lack it when he assisted Messias’ second goal.

Krunic (6.5): It’s clear that his importance is tactical and not so much what he adds in the attack. He was involved in both of Messias’ goals, though, opening up space for Theo with a lovely backheel flick on the second.

Ibrahimovic (7.5): He dropped down a lot which, at times, was frustrating but most of the time it worked like a charm. He opened the scoring with that lovely free-kick and was very important in attack this evening.

Gabbia (6.5): He came on to replace Kjaer and did well at the back, even though he was booked. Surprisingly, he was taken off at half-time, perhaps because of the booking.

Florenzi (6): We didn’t see a huge amount of him but he was very secure in his passing and added balance to the team.

Pellegri (6): He worked hard and added some pressing to the attack when he came on. No big chances, though, except Theo’s chance in the final minutes which almost landed at his feet.

Saelemaekers (N/A): He didn’t play enough to get a rating.

Bakayoko (N/A): He didn’t play enough to get a rating.