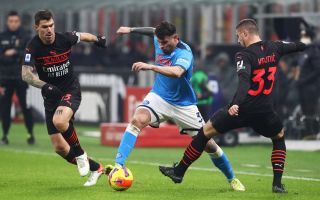 AC Miln extended their run of poor results this evening as Napoli scored the only goal at the San Siro. Down below are the player ratings of the Rossoneri.

Maignan (6): You can’t fault him for the goal and he was generally comfortable between the sticks tonight. Not much was asked of him, to be fair, but he did well in the build-up as well.

Florenzi (6): A few poor crosses perhaps but he also had more than one good interception. He likes to be involved in the attacking play and that was a positive for Milan tonight as they struggled to have the movement sometimes.

Tomori (6.5): Made an incredible block to deny Petagna (who was a bit slow, though) and won most of his duels this evening. Had nothing to do with the goal conceded either.

Romagnoli (6.5): He was heavily involved in the build-up and took on a lot of responsibility in that phase of the game. Also did well defensively and just like his colleague, he cannot be blamed for the goal.

Ballo-Toure (5.5): He ended up having a few decent crosses but the cons are clear for everyone to see. He was very insecure defensively (causing issues for Milan) and he got forward way too little. He still hasn’t got a grip of the balance in his position.

Tonali (5): He fought hard for most of the game but in the end, his mistake cost Milan the three points tonight. It was really poor defending against a player that isn’t really that tall, which makes it worse. 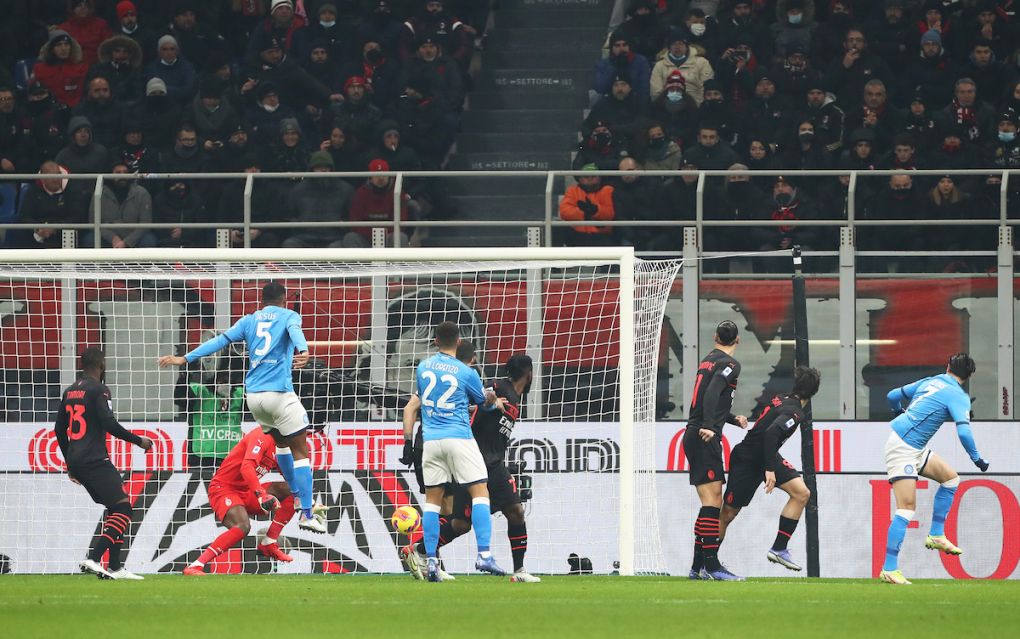 Kessie (6): He thought he had grabbed the equaliser on his birthday but then came the controversial call. Anyway, he was decent tonight except for a few misplaced passes, though countered by some good intentions when going forward.

Messias (5.5): He looked afraid to take on Di Lorenzo tonight and thus didn’t have a huge impact on the game. It doesn’t really matter if he’s comfortable on the ball if it doesn’t amount to anything.

Diaz (5): He won a few free-kicks but was mostly invisible once again and when he did get on the ball, he didn’t get much right. It might look like a harsh rating but Milan definitely need more from their No.10.

Krunic (5.5): He was decent in the defensive phase with a few good interceptions and he also covered for Ballo-Toure initially. In the attacking phase, though, his performance was rather anonymous.

Ibrahimovic (5.5): It’s not his style of play, but Milan need him to run in behind the defence even more. There were too many hits and hopes tonight and the Swede couldn’t do much with that.

Saelemaekers (6): He looked very good off the bench and had a few good intentions that could have been fruitful. He played on the left and didn’t look out of position.

Giroud (5.5): He was the one offside on Kessie’s goal but he also helped create it in the beginning. It wasn’t spectacular by any means but he actually won a few duels that nearly opened it up for Milan.

Castillejo (N/A): We didn’t see enough to give him a rating.

Bennacer (N/A): We didn’t see enough to give him a rating.

Kalulu (N/A): We didn’t see enough to give him a rating.