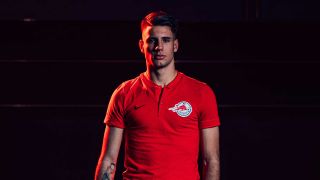 RB Salzburg director on Szoboszlai links: “The situation has been a little quieter than usual”

The Rossoneri have been repeatedly linked with a move for Szoboszlai over the past few weeks as they seek midfield reinforcements ahead of the new season, with Ralf Rangnick appearing increasingly unlikely to be the new manager.

Reliable outlet MilanNews recently stated that the Hungary international is a concrete target as he is the prototype of what the German manager is looking for, while Calciomercato.com confirmed this and added that the club are in talks over a €25m deal.

Now, Salzburg sporting director Christoph Freund has spoken to Sky Sport Austria about the future of Szoboszlai and was specifically asked about the rumours of interest from Milan and Lazio.

“We have always worked well and we want to continue,” he said (via Calciomercato.com).

“Good players will always have their market. Enquiries? I have to say that the situation has been a little quieter than usual lately.”