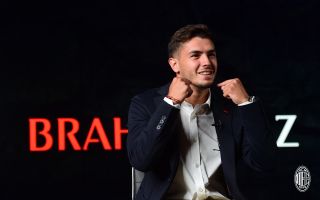 AS: Real Madrid thrilled with loanee’s development – recalling him early from Milan will be difficult

Real Madrid are monitoring the development of Brahim Diaz while on his loan spell at AC Milan but recalling him early will reportedly be difficult.

Last season Brahim Diaz managed to rack up seven goals and four assists, but usually as an option from the bench as Hakan Calhanoglu was preferred by Stefano Pioli as the starting playmaker until the last few important games of the season when the Spaniard carved out a key role, proving to Milan that he deserve to be trusted again with a new two-year loan and the No.10 shirt.

This season he has racked up 760 minutes of action including four goals and two assists, with three of those goals being match-winners. As Diario AS writes, Luis Enrique has noticed his improvement and called him up for the Spanish national team for the first time in his professional career.

Real Madrid are also closely monitoring how he is getting on and as mentioned he is on loan at Milan until June 2023. The report hints that Los Blancos might explore bringing him back early but will ‘have a hard time breaking that agreement’ if they want him in their ranks for next season.