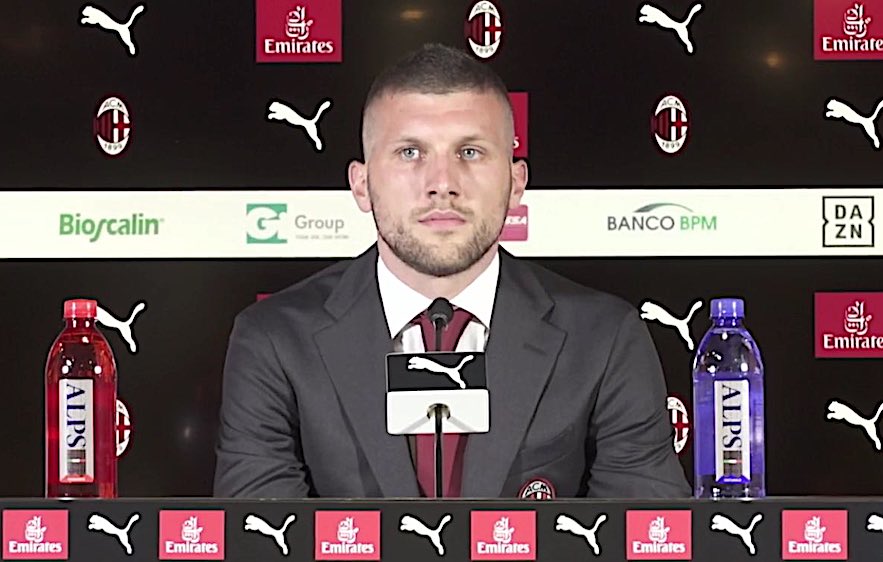 Rebic: “Being at Milan is a dream; I am ready to play”

New signing Ante Rebic has revealed that being at AC Milan is a dream come true for him and has pledged to give his all for the club.

The Croatia international was officially presented to the media at Casa Milan on Friday afternoon, having arrived on deadline day of the summer mercato.

Rebic joined the Rossoneri on a two-year loan which La Gazzetta dello Sport‘s Nicolo Schira revealed does have an option to buy set at €20m.

The 25-year-old jetted off for international duty with the Croatian national team for their EURO 2020 qualifiers against Slovakia and Azerbaijan following his arrival on September 2.

He could make his debut against Hellas Verona on Sunday but is likely to start the game from the bench due to his limited involvement in training.

Reports gathered at Casa Milan to ask the new recruit questions, and MilanNews.it transcribed his answers.

“Being at Milan is a dream for me. I’ve trained with the team for a few times and I hope we can have a great season,” Rebic said.

“I already know a lot about Milan and its history. I didn’t have to talk about anything with Boban because I know what kind of club Milan is. I just need to play well.

“When I first came to play in Italy I didn’t have much experience. After my seasons with Frankfurt I feel a lot more mature.

“I believe I can bring everything I’ve learned to Milan and help the cause.

“I feel in good shape. I played in both games with the national team and have already played for Frankfurt this season. I am ready to play, but it’s the decision of the coach.

“I play intense and work hard. It’s going be a big challenge to prove myself. There is lots of competition for a starting place, but this will help me improve.”