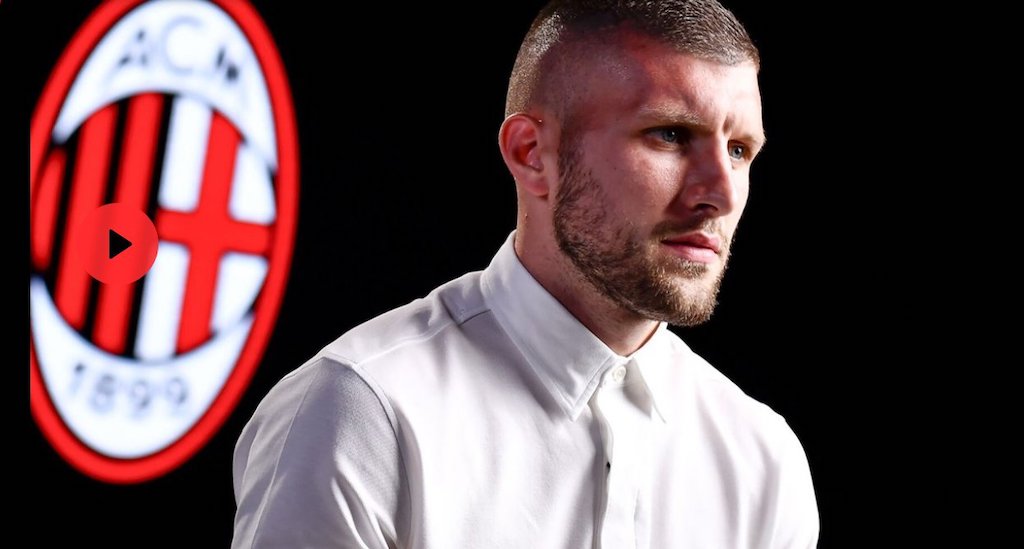 Ante Rebic has revealed that he is ‘very happy’ to have turned his loan move at AC Milan into a permanent deal.

A statement on the club’s website confirmed that the Rossoneri have indeed converted Rebic’s two-year loan spell (of which he was entering his final year) into a permanent stay at San Siro, though the terms of the deal were not disclosed.

Rebic spoke to Milan TV about his emotions upon making the deal permanent, with his responses transcribed by MilanNews.

“I am very happy to have signed with Milan, I am happy because I have shown that I have the qualities to play here, I am happy,” he said.

“Last year when I arrived here I said that I am not a striker, I help the team in another way. I have scored 12 goals, I hope to score even more this year.”

On the change of shirt number: “There is no reason, I wanted to take the 4 or 12 last year too but they were taken, now the 12 was free and I took it.”

On Ibrahimovic: “Zlatan is a great player, he helps the whole team, he has a great impact, it’s always a pleasure to play with him. I always do my job, now I’m doing well, I also hope to do better.”

On feeling like a leader: “We have one leader on the bench, he is the coach, and the other is Zlatan on the pitch. For now we don’t need others.”

On Pioli: “He was very important, he always worked well, he saw that I deserved a chance, when this opportunity came I did well.”

On Milan-Bologna: “I want to start with three points, this is more important, if I score great, if I don’t, it’s still three points.”

On the limited break between the two seasons: “We rested for three weeks but we have always trained, we are ready for the season, we want to continue where we left off.”

On his ambitions: “I don’t have any personal goals, always give my best and play the best I possibly can. We want to do better than last year and keep winning.”

On his relationship with the fans: “I am very happy to continue my story with Milan, I hope to see you soon at San Siro.”