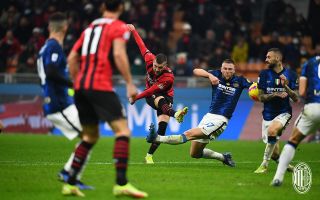 CM: ‘Angry’ Rebic makes his return against Inter and shows his ‘ferocious determination’

Ante Rebic made his long-awaited return to the field as a late substitute during last night’s 1-1 draw against Inter in the derby, and it is a timely boost for AC Milan.

Calciomercato.com writes how Rebic is back three weeks after sustaining an ankle injury during the 3-2 victory over Hellas Verona and he is more ‘angry’ than before. In just over half an hour he changed the game for Milan thanks to his willingness to battle in the final third, his dribbling and the ‘ferocious determination’ that he always shows.

The ankle problem was nursed but is now a distant memory and the Croatian will go back to being an important resource for Pioli. The former Eintracht Frankfurt man has already shown a willingness and an ability to do his best even as a striker, but his primary position will be on the left wing and this means Rafael Leao can get some rest.

Rebic has scored 23 goals in 62 appearances for the Diavolo and has very often come up big in the big games, so he can become the extra weapon in the Scudetto challenge. 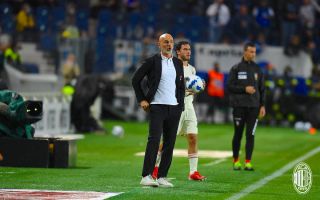