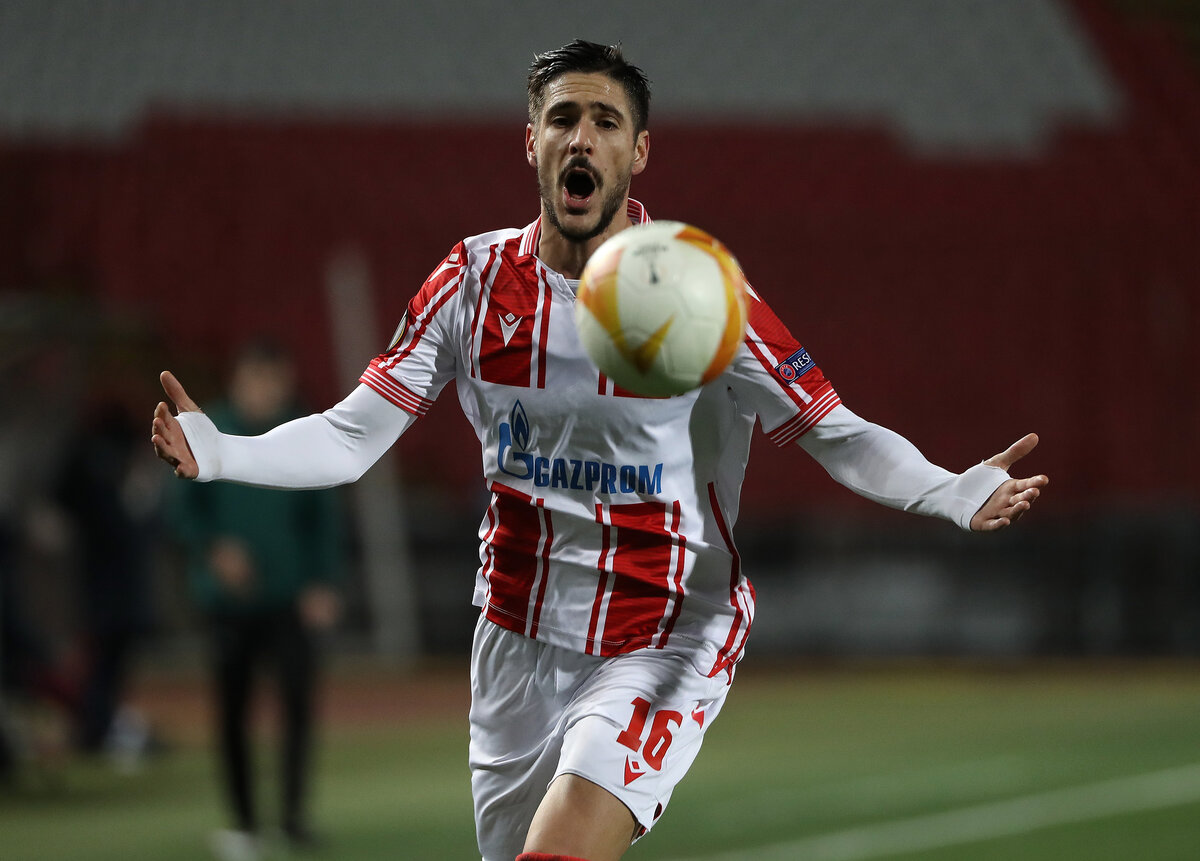 Tomorrow evening, Milan will face Red Star Belgrade in the first leg of the Europa League round of 32, hoping to bring a good result back to Italy. Three players of the home side will have to be extra careful.

As highlighted by MilanNews, three Red Star Belgrade players are at risk of missing the return leg due to suspension. In Europa League, you need just three yellow cards to receive a one-game ban (no Milan player is at risk).

Nemanja Milunovic, Marko Gobeljic and Diego Falcinelli are the players at risk, having received two bookings each during the group stage. The latter, of course, used to play in Serie A with Sassuolo, Crotone, Fiorentina and Bologna.

The striker has scored one and assisted another in Europa League, while he has bagged seven goals in the league. As we saw against Spezia, it will be important for Milan not to underestimate their opponents tomorrow evening.