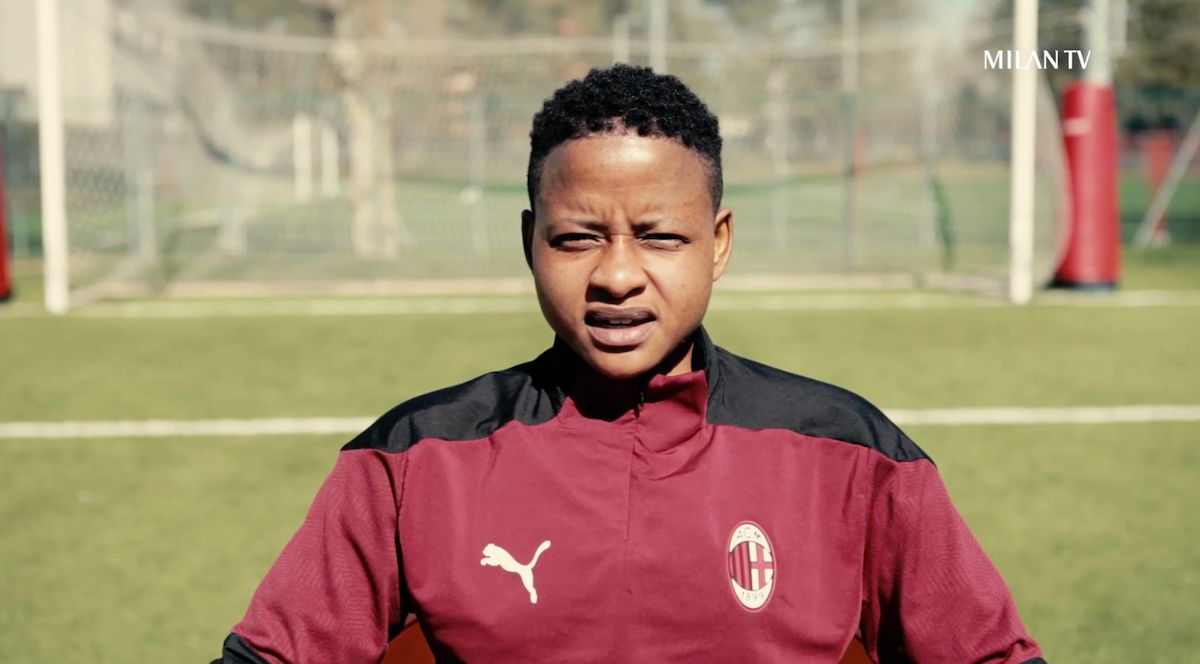 AC Milan Women’s midfielder Refiloe Jane has given an interview to Milan TV discussing her past, her nickname, the current state of the team and the future.

Here are the highlights of the interview…

On playing for AC Milan: “Personally, I feel honoured to be with Milan for the second season. We’ve been working as a group and I know the efforts that the technical team has put in and the task that they have in the team. And I feel very blessed to be a part of Milan also in the second half of the season.”

On Milan’s current setbacks: “The previous two games didn’t go our way. Every time we go out, we go out to win and to represent Milan and to play our best. And with the defeats that we’ve got, we need to stay positive, regroup and focus on the next game. Take it one game at a time.

“In my opinion, in the previous games that we lost, especially also in the Derby, they didn’t go our way. We need to also give credit to Inter as they are a good team and also we are also an equally good team. So when we played and played to win, it’s just unfortunate that the results didn’t go our way.”

On the upcoming match against Empoli: “With the game against Empoli, is also going to be a difficult one. We know they are also a good team like any other team in the league. So it’s a good chance for us to redeem ourselves as a team and to focus on the positives that we are going out there to get”

On becoming a footballer: “Training in Manchester, I realized that playing football is what I want to do. It was where I realized my dream of being a footballer. And when I moved to Australia, where I played for Canberra United, it was my first professional contract. And with that I got an eye opener on how it is to be a professional, how to behave and how it is to play at the highest level.”

“We realised that we achieved a dream and we are also giving an opportunity to other youngsters to be able to dream because we realised that with perseverance, hard work and discipline, nothing is impossible.”

On her post-football aspirations: “After my football career, I’m hoping to give back to the community. I’m hoping to probe into young talents, and I want to use my experiences that I’ve got in football to change people’s lives.”

On her nickname: “The nickname ‘Fifi’ is cut from Refiloe. So instead of seeing the whole of ‘Refiloe’, we just take too the ‘Fi’ and make it ‘Fifi’, so it’s a short way of saying ‘Refiloe’.”

They’ll be looking to bounce back from their past two defeats and win this crucial match and achieve their goal of qualifying for next season’s Champions League.