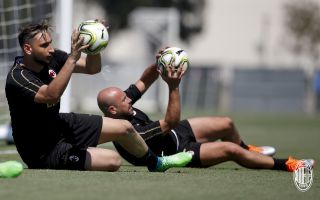 Reina: “I signed with Milan because Gianluigi Donnarumma had to be sold”

Pepe Reina has revealed some information about why he decided to join the Rossoneri back in the summer of 2018.

Reina’s loan switch from the Rossoneri to Aston Villa was officially announced earlier in the week, with the Premier League club having been in the market for a stopper to replace Tom Heaton who will be out for an extended period.

The move is a six-month loan deal as confirmed by a statement on the club’s official website, and Reina was in the stands as Villa lost 6-1 to Manchester City on Sunday.

Reina had already essentially announced the move on Instagram on Saturday night, posting on his story a picture of the locker room with the comment ‘See you again in July’ along with a ‘Thank you’ to Milan.

The 37-year-old spoke to Spanish news outlet Onda Cero about why he decided to sign with Milan a year and a half ago, and his words were transcribed by MilanNews.it.

“I signed with Milan because [Gianluigi] Donnarumma had to be sold, but in the end he stayed on,” he said.

“I did my best too to help Gigio in his growth. Milan are a bit in difficulty, but they will return to their levels.”