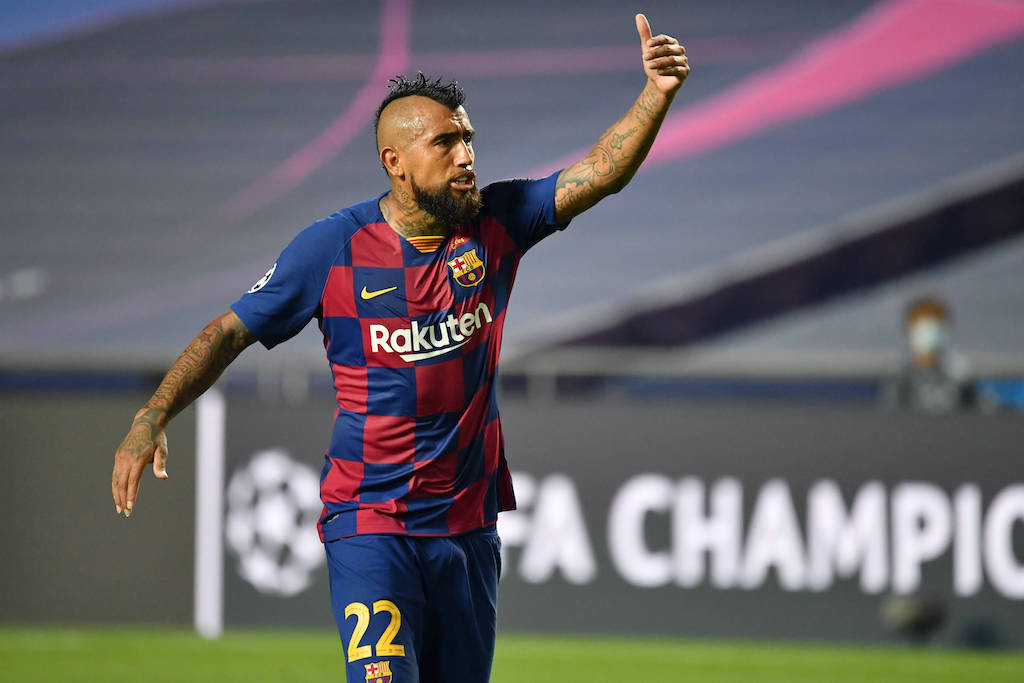 AC Milan and rivals Inter have made enquiries regarding the possibility of signing Barcelona midfielder Arturo Vidal, a report claims.

Barcelona look set for a big clear out this summer having named club legend Ronald Koeman as their new head coach, with several players having apparently been told that they are no longer part of the club’s plans as they look to bring in some fresh blood.

According to South American journalist Raisa Simplicio on Twitter, Vidal is one of the players on the list along with Luis Suarez – who Milan have apparently registered an interest in – plus Samuel Umtiti and Ivan Rakitic.

Simplicio goes on to add that both AC Milan and Inter have made enquiries about Vidal, who made 40 appearances in LaLiga and the Champions League for the Catalan side in 2019-20.

Salary may be an issue for Milan who seem reluctant to spend big wages on players over 30, with Zlatan Ibrahimovic the exception.