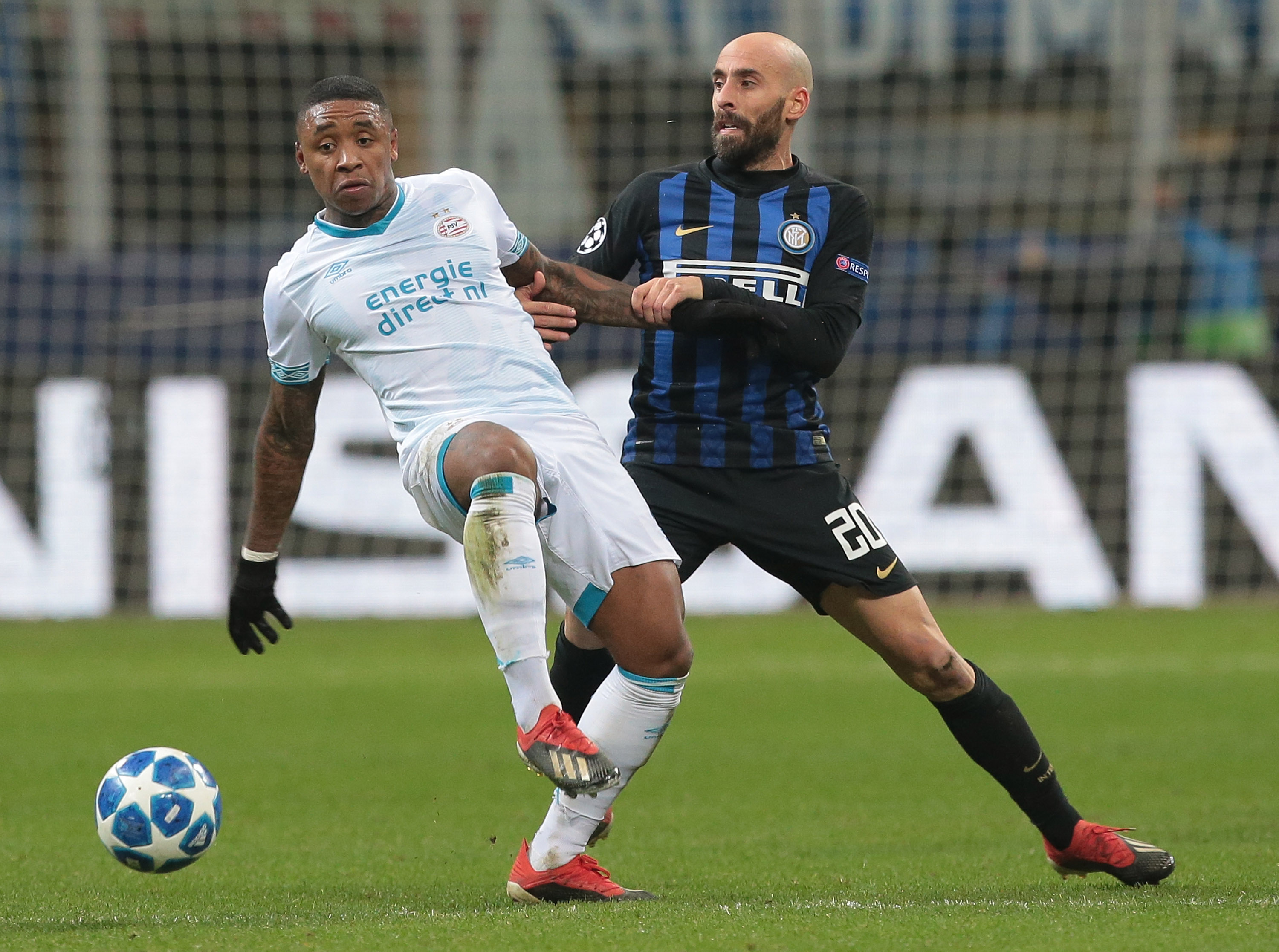 AC Milan face stiff competition in the race to land PSV Eindhoven star Steven Bergwijn, according to a report.

It appears Leonardo and the Milan board have turned their attentions to recruiting a wide player, and it was claimed earlier in the week that talks between the Rossoneri and Bergwijn are at an ‘advanced stage’.

A report from Dutch outlet Voetbal International confirms that Milan are indeed interested in the 21-year-old, but that they are not alone by any means.

Liverpool and Manchester United provide competition from the Premier League, while Bayern Munich are also keen and could have a slight advantage as they are willing to wait until the summer to launch a bid.

The Eredivisie side are hoping that interest from four such wealthy clubs could spark a bidding war.