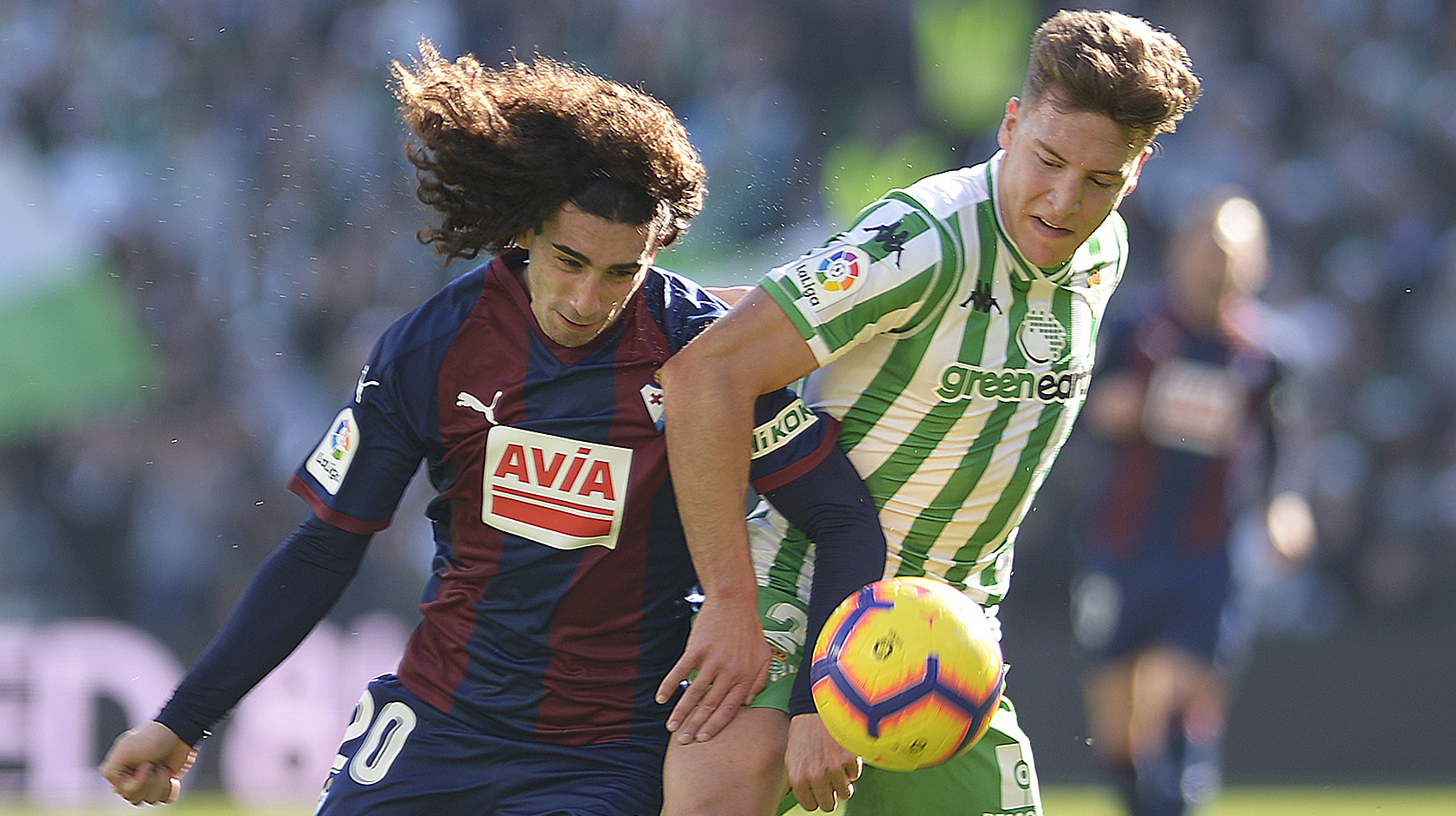 AC Milan are interested in a summer move for on-loan Barcelona full-back Marc Cucurella, according to reports in Spain.

The Rossoneri are apparently in the market for a firm back-up option for Ricardo Rodriguez – who Gennaro Gattuso’s most used outfield player this season in terms of minutes played.

Mundo Deportivo states that Cucurella – currently at Eibar – is attracting interest from Milan.

A versatile player, the 20-year-old has been deployed as a left winger but prefers to play as a full-back, and faces an uncertain future at the Nou Camp.

Eibar have an option to buy in the loan deal set at €2million, however Barca reportedly have a counter-option of €4million.

There is also interest from the Bundesliga in Cucurella – who has two assists in LaLiga this season – with Borussia Dortmund and Moenchengladbach observing the situation.