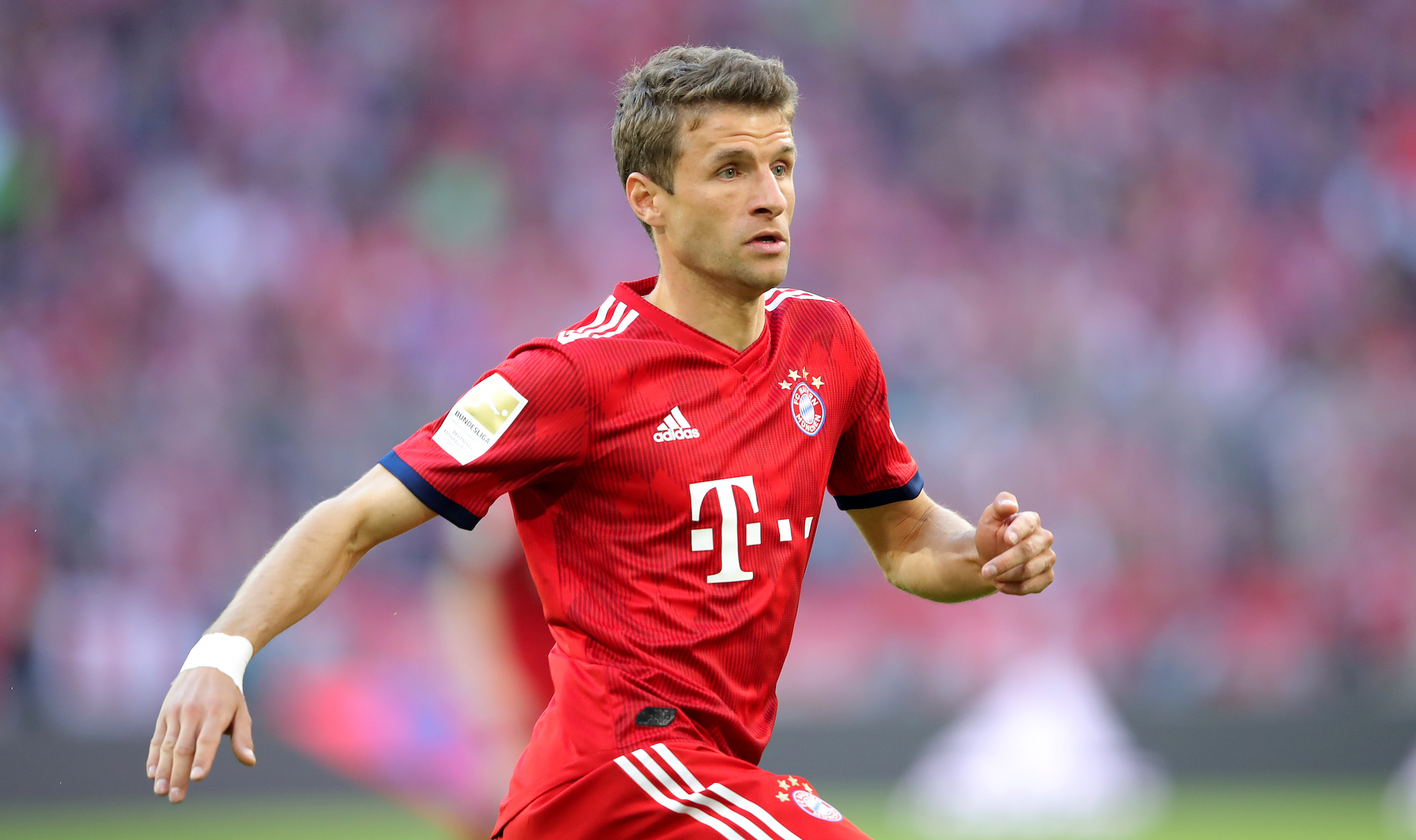 Both Milan and their city rivals Inter have made enquiries for Bayern Munich forward Thomas Muller, reports in Germany claim.

According to a report from kicker, the German international has become increasingly frustrated with his role at Bayern and could be tempted by the idea of seeking new pastures this summer.

The 29-year-old has made 29 appearances in the Bundesliga this season, netting six goals and adding ten assists.

The report suggests that Muller is frustrated at being taken off early in games – such as when he was withdrawn at half-time for Serge Gnabry in a recent fixture against Nuremberg.

Kicker claims that both Milan and Inter are looking at the possibility of luring Muller to Italy this summer, while there is apparently an offer on the table from England.

Muller still has two years left on his contract at Bayern, and with manager Niko Kovac’s future at the club uncertain, it may be deemed unlikely that he pushes for an exit.