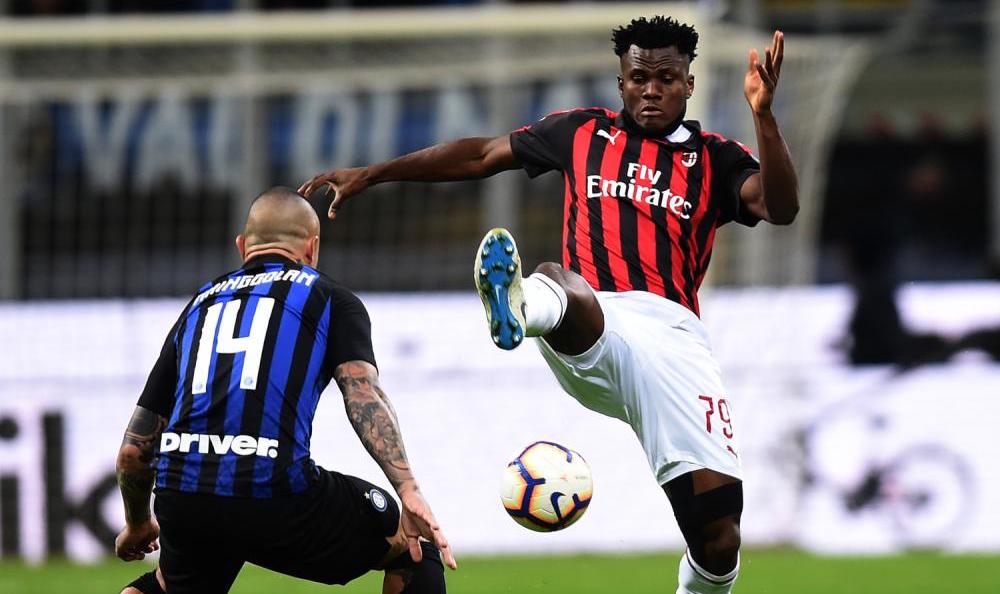 Report: AC Milan could use €25m midfielder as part of deal to land unwanted Inter man

AC Milan could set up a swap deal with rivals Inter in order to acquire unwanted midfielder Radja Nainggolan, according to a report.

Nainggolan joined Inter for €38million back in June 2018 (via Wikipedia) but last summer was sent to Cagliari on a season-long loan, where has has impressed by scoring five goals and adding five assists in 21 Serie A appearances.

It was reported by MilanLive over the weekend that Milan could explore the idea of signing the Belgium international this summer as Cagliari do not have the funds to pay the required transfer fee or his salary.

Now, according to the latest report from FcInterNews.it – as cited by Calciomercato.com – the idea of a swap deal could emerge involving the two Milanese clubs.

The report notes how Antonio Conte is a big admirer of the €25m-rated Franck Kessie, a player Inter tried to sign in January, so he could be included in a deal for Nainggolan – who is apparently valued at just €18m.