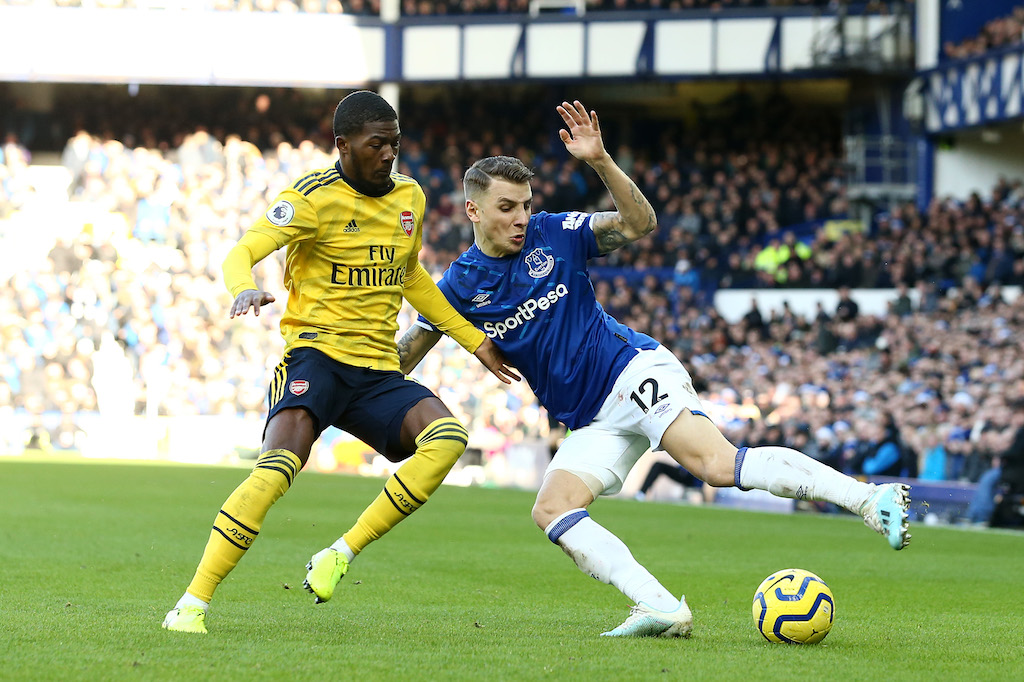 AC Milan and city rivals Inter could both be in the running to land a talented young Arsenal defender in the summer window, a report claims.

The player in question is full-back Ainsley Maitland-Niles, who hasn’t seen much game time since Mikel Arteta took the place of Unai Emery on the Gunners bench.

Calciomercato.it report that Arteta sent a clear message to the 22-year-old after Monday night’s 2-0 FA Cup win at Portsmouth.

“You must lower your head and work if you want to continue playing for this club,” was what the Basque manager said to Maitland-Niles, after he was snubbed yet again.

The England U21 international is under contract until 2023, but could however leave the club in the summer given that he is clearly out of favour at present and his workrate has been called into question.

For this reason, he could represent an opportunity for several Serie A clubs, the report adds. Both Milan clubs could be hovering around for his signature as Inter look for a right wing-back and the Rossoneri may choose to replace one of Andrea Conti, Davide Calabria or even both given their struggles down that side.