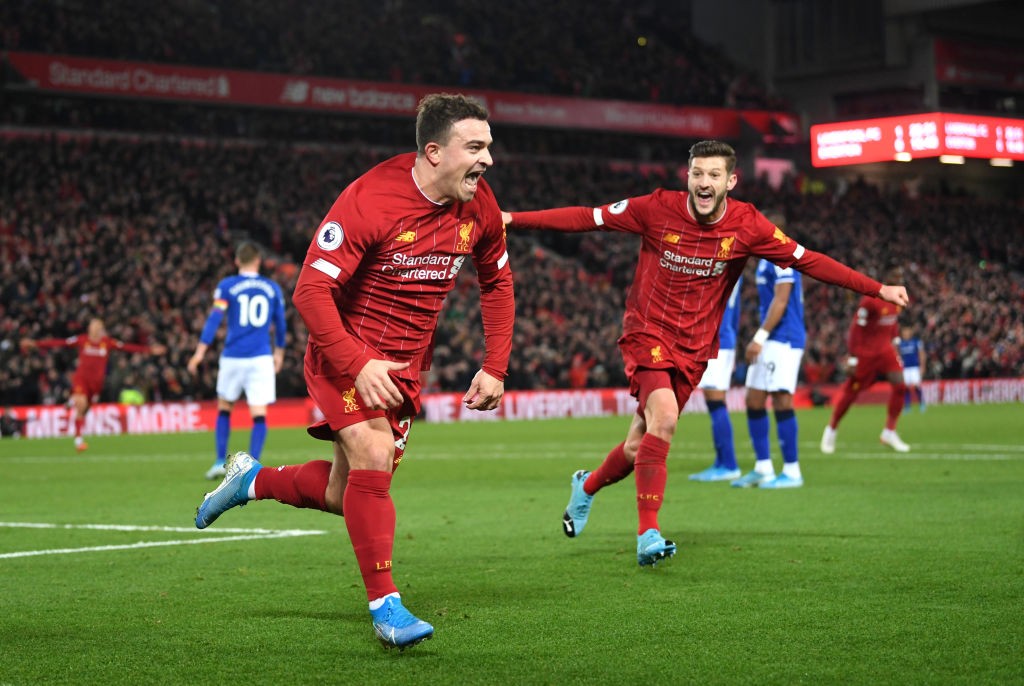 AC Milan have been offered the chance to sign winger Xherdan Shaqiri from Liverpool this month, according to a report.

Rumours are rife that the Rossoneri are in the market for a new wide man with Suso’s future at the club in serious doubt. There have been suggestions that the Spaniard could be sold for around €25m and replaced in the January window, though primary target Matteo Politano appears bound for Inter.

Gianluca Di Marzio reported that Shaqiri was one of the names Roma were considering as a possible replacement for their injured playmaker Nicolo Zaniolo, but they have now settled on Politano.

According to Calciomercato.it though, Milan have been offered the chance to sign the Swiss international in January, who has made just ten appearances in all competitions under Jurgen Klopp this season.

Roma are still keen on signing the 28-year-old, the report claims, as they were looking to sign a right-sided player even before Zaniolo’s injury.